Mass Effect 2 for the PS3 has gone gold and will be available next month. PS3 users will be happy to know that this version will be running off of the Mass Effect 3 engine.

Offering up more than six hours worth of content on-disc than its PC or 360 brethren, BioWare has is saying that the PS3 version of their sci-fi epic, Mass Effect 2, would be the definitive version. Now, PS3 fans have another cause to be excited for this upcoming port, as BioWare has announced that the game will run on the Mass Effect 3 engine.

“We actually created the engine for Mass Effect 3 and used that to make Mass Effect 2 on PS3,” producer Jesse Houston said in the BioWare podcast. “So we took the content, the story, and all of the other assets that made up Mass Effect 2, and we put it into the Mass Effect 3 engine.”

The engine isn’t the only thing getting an overhaul in ME2 for PS3, as the controls will be updated for the DualShock 3, and the patches that rolled out for the 360 and PC versions will be “rolled up” into the PS3 version.


Are you Jimmys excited for Mass Effect 2 on the PS3? I will be playing the demo to see this ME3 engine for sure. Tell us what you think in the comments. Don't be a Jimmy!

Uh oh! The cover art for Mass Effect 3 was posted on the EA website for a very very brief period of time. It may have been by accident, but who knows. What we do know is that it showed the purple banner for Kinect on it. Check it out. 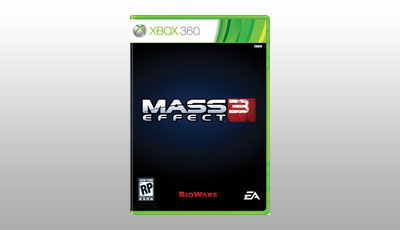 At first your thinking, this is cool we get to see the box art. On the other hand this spells trouble for the next installment to the Mass Effect franchise. I own a Kinect, and barely use it, I hope that they can make these hardcore titles work for the peripheral. As of right now though I am highly skeptical of this. Kinect better not ruin Mass Effect 3.

FnJimmy returns for his yearly installment. E3 2011 Preview Special. FnJimmy takes a look at over 25 games going to be at E3 this year and offers you his exclusive take on each game.

That's right, I said Pro Gamer. I've played more games than you cans ever use your imagination. E3 2011 is looking intense and it's no joke. Make sure you follow me twitter.com/@fnjimmy I'm going to be wreckin' shop in L.A.

I really hope that Bioware brings the RPG element as well as they do the shooting this time around. The first Mass Effect still does something for me that ME2 didn't. Here's some more squad based action.

Some News From EA

I called EA yesterday and got an exclusive scoop on some upcoming information!

I called EA yesterday, trying to get an interview about Mass Effect 3.  After getting kicked around from one person to another - nobody wanted to break the news, apparently - it was finally mentioned to me that EA has Mass Effect 3 on hold while Bioware sinks all of their resources into "a new, secret Star Wars game".  Since The Old Republic is old news, I could only assume that meant Knights of the Old Republic 3.  When I asked my source - whom wishes to remain anonymous - if it was, indeed, Knights 3, he simply sighed and said, "No comment."

He did, however, share with me another bit of news which might excite people. There is currently an unnamed racing game being developed by Criterion Games (the people who made Burnout!) that will themed in the Mass Effect universe.  "The decision to make it," he said, "ultimately boiled down to keeping fans of the franchise happy while Bioware is on-hold with Mass Effect 3."

The official announcement of both, he said, would hit reuters and other news sources next week, but he did (under the conditions that I allow him to stay anonymous) say that I could give you fine Gouki readers the first scoop.  When I asked for any other interesting news from EA, he simply chuckled and said, "You'll find out a lot of new stuff at this year's E3 show."

The "Fall of Earth" is great and all, but it will be super disappointing if you aren't travelling around the galaxy.

For those that still love Mass Effect 3 ending and all will be happy to know that the newest DLC titles Leviathan is coming very soon.

According to Bioware the newest Mass Effect 3 DLC Leviathan will be dropping August 28, 2012. The new single player mission follows Shepard as he/she attempts to hunt down the Leviathan, “a mysterious being rumored to be powerful enough to destroy a Reaper.”

Are you looking forward to more Single Player content in Mass Effect 3? Tell us what you think in the comments. Don’t be a Jimmy!