IN OTHER NEWS (that many of you probably don't care about.)

In Japan the game Catherine comes in #1 of the selling charts. Also the ps3 and 360 version of the game BOTH sold more than their counterparts in Marvel vs Capcom3. This could lead to a faster American release, but there merket is geared a lot more towards those games than ours, only time will tell ;) 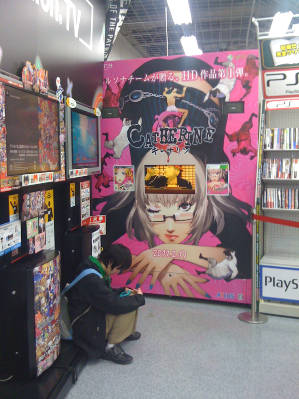 Catherine added to the catalog.