I'm back with the first Arthvader Fights for the month of December. Today's character Choice: Oro.

Welcome to the first Arthvader Fight for the month of December. Here you will see some of my more recent ranked matches that I've participated in. In this installment, I've decided to go ahead and use Oro as my character choice. He might be an odd character at first, but he does hold a lot of potential. I do hope you enjoy watching these matches as I had in fighting in them.

A collection of some of my most recent fights in SFIIITSOE.

It's been a while since I've done one of these stories. Again, I welcome you all to another one of my Arthvader Fights segments. This time, I'll be showing some of my very most recent ranked matches I played in Street Fighter III: Third Strike Online Edition. Do note that in all of these matches, I'll be using Remy, who is one of my mains in this game. Before we get to those matches, I would like to show you guys this one match i had uploaded back in febuary this year.

some of my earliest battles from 2009 with some friends

Back in October of 2009, Me and a couple of my friends decided to have a recording session in Super Street Fighter II Turbo HD Remix. It was a fun time for us, going all out with what characters we liked to use. for me, I pretty much used Chun-Li throughout the session. Also, after the second video, I pretty much was out of the set (as I had to meet up with some else during that time.)  As with all the videos put here on gouki.com, I did not upload these. this set of videos were uploaded to youtube by youtube user The Legend of Renegade, who goes by the xbl gamertag MixerProductions. and now, on to the videoes:

Leave your comments on the bottom, and don't be a Jimmy

It's time for some Night Warriors action w/ Donovan in this segment of Arthvader Fights. 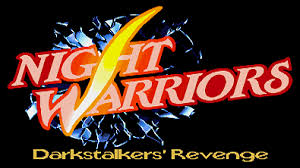 Welcome once again to another installment of Arthvader Fights. Today, We're going back to Darkstalkers Resurrection, but instead of Darkstalkers 3, I figured I switch things around and went to have matches in Night Warriors: Darkstalkers Revenge. In the following five matches in this segment, I decided to use Donovan, who I decided to start learning as my first character in this game. I hope you enjoy watching these matches as much as I do in fighting in them.

I'm back with a new set of matches to start up a new week. Come and check out these fights. Today's character choice: Remy.

Welcome to yet another installment of Arthvader Fights. Today, I'll be posting up some of my more recent ranked matches that I fought in. Once again, I've decided to stick to my main and use Remy for these matches. To me, Remy is unique to my play-style in this game, especially with the potential mix-ups that I can cause on my opponents, causing them to mess up and leave them open to some pain. I do hope you enjoy watching these matches as I had in fighting in them. 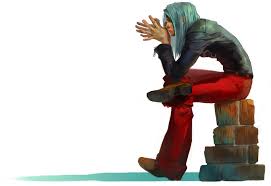 Another day, another set of SFIII Ranked matches. Come on by and watch some matches involving me using everyone's favorite female fighter, Chun-li.

I'm back with evem more ranked matches from Street Fighter III: Third Strike. This time around, I've decided to chang things up and put up my most recent matches involving me using Chun-Li. there is still one match here in which I'll be using Remy. Expect to see some exciting matches this time around.

These Matches were uploaded on September 10, 2012:

Arthvader shows his skills off in Street Fighter. Please leave your comments. Another day, another set of matches. This time it'll be SFII Hyper Fighting.

I believe this might be the last time I will put up any matches i had until a much more, later time. I hope you all do have a good time looking at some of these old styles matches.

please, leave your comments about these vids, and also, don't be a Jimmy!

Ending the month with yet another installment of Arthvader Fights. Today's Featured Character: Elena.

Welcome again to another installment of Arthvader Fights. Here you will see some of the most recent ranked matches that I participated in. For this session of matches, I've decided to go ahead and use Elena. I do hope you enjoy watching these matches as much as I had in fighting in them. 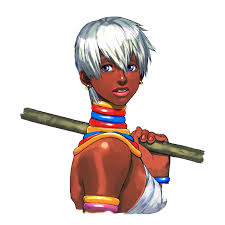 Back again with another set of Ranked matches in Third Strike. Now featuring the karate girl, Makoto.

Welcome all to another installment of Arthvader Fights. This time around, I've decied to do a couple of ranked matches using nothing but Makoto. I do have to say, though, even though it was hard for me to get some wins with her. I did at least had fun doing some of her combos during the matches. Expect to see some great action here.

With SFIITSOE coming in a few months, I've decided to bring up a few old vids that i had with fellow xbox live friend and youtube user Mixer Productions. in these vids (which were uploaded back in 2009, before Microsoft canceled the online services for the original xbox), I was player 1, and Mixer was player 2. We had some good times in these battles. Remember,  as with all vids i show on this site, I did not upload these onto youtube. And now, on to the matches:

Leave your comment in the bottom, and remember, Don't be a Jimmy!! Gouki.com, #1 in the World.

I'm back with more matches for you viewers to see. Today's more of a variety pick of characters.

Welcome again to another installment of Arthvader Fights. Here, you will see some of my more recent ranked matches that i have participated in. Instead of just sticking to one character today, I've decided to spice things up and had matches with a variety of characters I've been using fairly recently. I do hope you enjoy watching these matches as much as I had in fighting in them. 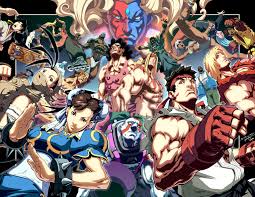