A feature that could simplify the game on the 3DS

It's rather intresting how Yoshinori Ono is taking into consideration onto SSF4 3DS. Giving the players the ability to set four shortcuts on  the touchscreen to use when in battle.

Personally, I think this would give come gamers who get this game whenever they get the 3DS a bit of a fighting chance. I myself, though, don't think I would go and use the touchscreen much, just because of the fact that i've been playing fighting games for a long time, though, it was intresting that CAPCOM would do a thing like this to give people new to the game an actual chance against someone who might be good.

Latest Pirates of the Caribbean Game Canned as layoffs hits

Disney's latest Pirates of the Caribbean game has been canceled.

Well, it seems that Disney has decided to stop working on the latest Priates of the Caribbean game, Laying off alot of people.

SNK brings KOF Remake out next month to XBLA

SNK has announced when the 02: UM will be released.

The King of Fighters 2002: Unlimited Match is finally getting a Western release. The game is hitting Xbox Live Arcade this fall. But when?

The game will be released on November 3rd and priced at 800 Microsoft Points. It's a hi-def port of the arcade game and features new characters, updated stages, new moves and more. The arcade original is a favorite with hardcore SNK fans — some even prefer it to the recently released King of Fighters XIII!

I myself personally loved the KoF Series. I remember when i went to a convention (Metrocon, I speaking about you), I would go to the game room and they actually had the game (the PS2 Jap Ver.). there, I constantly had fun with the game, using my faveorite set of characters (Terry, Athena, and Kusanagi), I would have awesome matches with other attendes. I also managed to get this game myself (by imporing, of course), and took the time to try out all teh characters. It's one of the games I would be playing whenever i have a couple of friends over, and it will always be one of my favorite KoF games around.

Just Moments ago, Marvel revealed that Konami will bring out the classic 1992 arcade hit, X-Men, over to XBLA and PSN. The game will feature "drop-in" online multiplayer, supporting up to six players, as well as variable difficulty settings. Please stay tuned for a trailer for this arcade classic.

you heard that right.

The latest DLC for BOTH L4D and L4D2, The Sacrifice, is now available through Steam and XBL. Steam  users will be able to get the DLC for free. XBL users, however, will have to pay 560 MSP ($7) for each game, which if you own both games and want to play the sacrifice on both, you'll pretty much end up spending a total of 1120 MSP ($14). The latest DLC will allow you to chose amongst the four L4D survivors who will sacrifice their life for the rest of the team to survive. L4D2 owners who get's this DLC will also be able to the play the NO MERCY campaign as well, updated just for L4D2 with meele weapons added.

During the time of the DLC's development, Valve had made a digital comic.here's s comic, Enjoy:

please leave any comments below.

Yep, that's Right. read this for info for the upcoming DLC for Scott Pilgrim vs. The World.

Okay, So I recently found out that Scott Pilgrim vs. The Wold will be coming out sometime next month. the DLC involve around two bonus mini-games, and a new playable character.

In this mode, There will be a large Volleyball on the field. The obejet of this game is to knock everyone out with the ball, and no, i don't mean one hit and they're out. 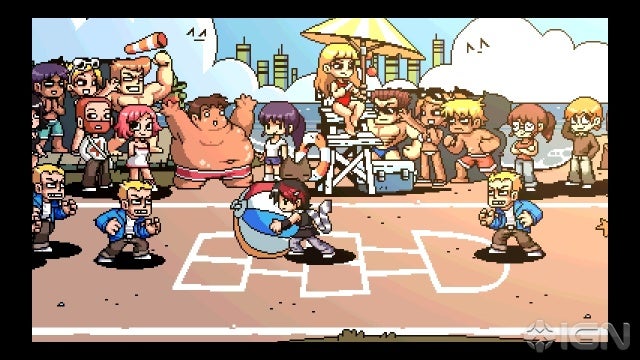 You can treat this mode similar to a wrestling match. the object of this game is to win by either 1 of 2 methods: either knock you opponent out, or your opponent says out of the center ring for more that ten counts. of course, it wouldn't really be a battle royale without there being weapons outside the ring. 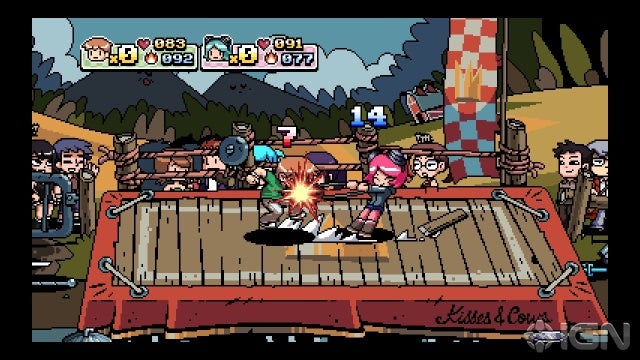 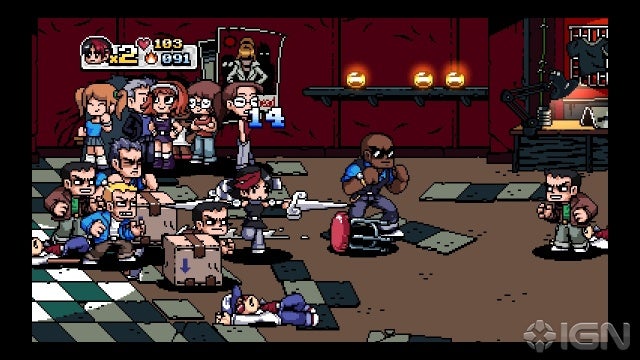 Leave your comments below.

Two more characters has been confirmed at TGS.

You hear that right, Spider-Man and Albert Wesker has been revealed at TGS.

Besides Valkenhayn R. Helsing, another character has been confirmed.

Platnium the Trinity has been confirmed as a new DLC character. follow the link below to learn about this character:

I've decided to put up these pics from last year's Metrocon. Hope you all enjoy these.

in the case you can't see these, here's the link:

EDIT: Trying to get the slideshow to work here isn't easy, but hopefully, I could get this all fixed.


EDIT Rei: Show these awesome pictures to your friends and share them with the world using the buttons below!

If you liked my Chibi-Pa pics, here's my pics from Metrocon 2010, which took place a month before Chibi-Pa. Enjoy!

The link above works if you can't see the slideshow.