So some of you may not know this, but I hate cell phones. Yes, yes, I'm glad to have mine and I use it a lot. Sometimes though, I could just be sitting on the couch and constantly checking it every two seconds. Then I catch myself doing this and I get very angry. I feel way to attached to it. Then when your girlfriend is constantly texting you and geting angrier and angrier because you aren't responding. You don't know, you left the phone in another room so you would be sucked into it's unholy control over your mind.
Anyway, I think I'm way off topic here. I could do with out cell phones that's for sure. But everything around me would fall apart. Check out me trying to get on Gouki.com with the new Windows Phone at CES 2011.

World of Tanks is on Beta on Xbox Live right now. GoukiJones got hands-on & you can watch his entire first experience with this PC tank shooter.

It looks like a PC games, plays like a PC game ported to Xbox. It's a shooter. Jimmys are camping/sniping from full screen. The controls aren't that great. Plus, the biggest problem is its pay to win. The more REAL money you spend on this game the faster you can level up & the more equipment you will have access to. I prolly won't be on this too much.

World Tekken Federation Guaranteed Fun - Who is this Chick?

The Tekken Tag Tournament 2 Federation Video has a very pretty girl telling me about Tekken. Harada knows what's up with having girls all up in his videos. Excellent.

$10 Entry Per Amiibo.  You may enter as many different Amiibo as you like.

Deadline to check-in for World Amiibo II  is 1:45PM.  Must have a valid ID to check-in.

Standby entries will be taken from 1:45PM until sold out or 2PM.

Tournament will begin shortly after 2PM. 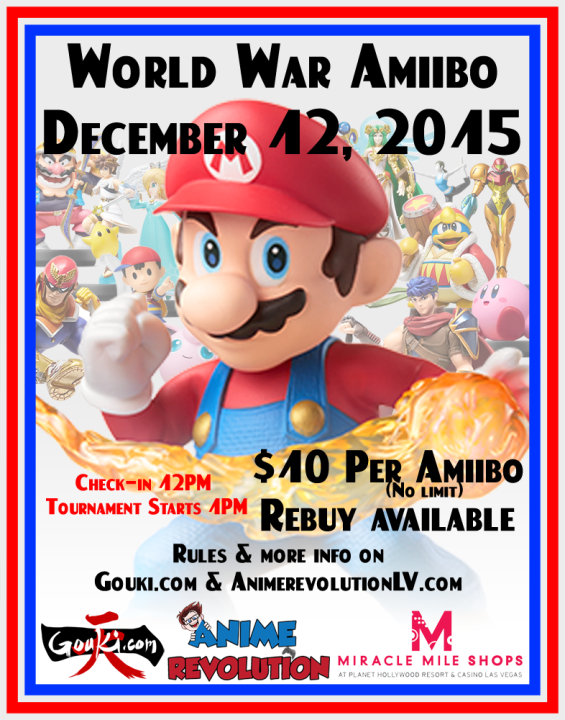 Register online @ http://tournaments.gouki.com/ or at either of the Anime Revolution locations. 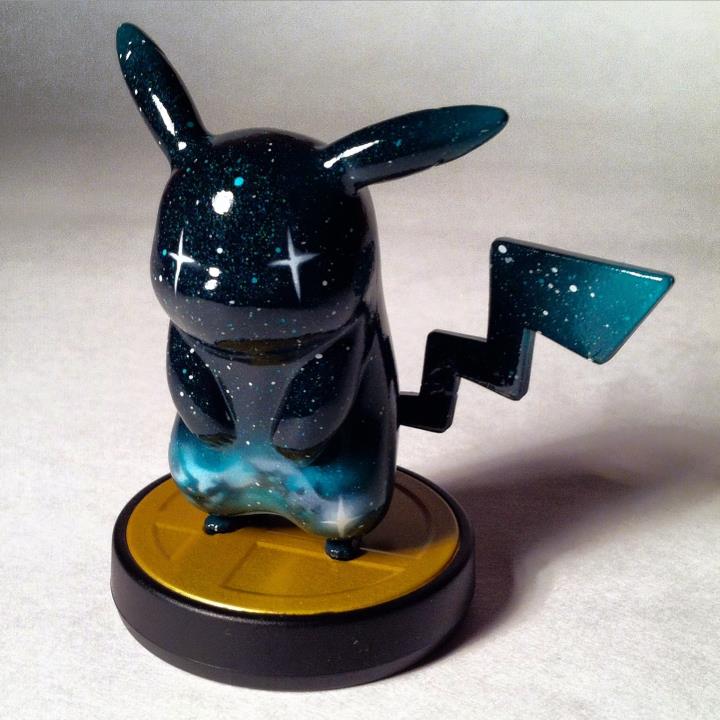 PLUS Your choice of 5 of the prize Amiibo.

Second Prize.
Your choice of 3 of the prize Amiibo left over from the Grand Prize.

Third Prize.
You will receive the final 2 Amiibo prizes.

You will receive 1 raffle ticket per entry.  Includes rebuy.

Do not pay full price for video games. These are the biggest rip offs for gamers this year.

You realize that some of these games require 2 of the same ball controller, like the boxing. I know, so what, right? Add it up. Move basic kit that comes with a game, the controller and the eye toy. $100. The Navigation controller if you want to play whatever games need this. $30. Then you need a second Move controller. $50. And then finally if you want to play that stupid boxing game, you need the game. $50. Total = Broke ass.

This is when every gamer knew we were totally being lied to by our publishers.

Wow really Microsoft?! That's just wrong. I hate cables. They are a Rip-off.

I like the costumes. Releasing a bunch of packs slowly and then a final pack at the end with all of them in it for a cheaper price is just wrong. Let me pay that price up front and as they release just let me DL them. Jimmy ass!

Xbox Live annual cost was raised from $50 to $60. Unbelievable. I never thought we would see an increase. Most titles run on dedicated servers. And don't get me started on Online play codes fucking gamers in the ass.

Microsoft says it's for Kinect and that we'll have access to ESPN 3. I don't have a kinect and I don't have ANY need to watch ESPN 3. There should be an option for gamers who strictly just want to play online. ie Halo, COD, NFSHP. I don't need access to anything else on Xbox Live except my friends.

Sniper Master? This video was made to make fun of the Jimmys on youtube that are gonna talk shit about how good they are rather than look at the video and see the Crackdown intro and it say BETA before it loads. Fuckin' Jimmys! Gorilla Warbear will 1v1 the shit out of you!

Special thanks to the WWE SmackDown VS Raw 2011 community for creating such amazing CAWs and helping us put together these great matches. Thanks to @FnJimmy for making all of the signs and syncing up music for some of the intros.

These videos are great and SmackDown VS Raw 2011 is a perfect game for something like this. We really enjoy making these videos every month. On a side note:

Visit DropTheBelt.com and play our exclusive Fantasy Wrestling game.
The most exciting way to watch the WWE.

Team Johnny VS Team Teddy. WWE '12 only does 6-man tags. So I choose who I think is the most entertaining to watch. Custom ring entrances and name plates for both teams. You're gonna love the Team Teddy intro. Don't be a Jimmy!

The Big Show VS Cody Rhodes. Well Cody Rhodes has been worthless for me in my fantasy league. I hope The Big Show wins at WM28, holds & defends the shit outta that title for the next year.

Kelly Kelly & Maria Menounos VS Beth Phoenix & Eve. lol at the Diva's match not being a title match at WrestleMania. Plus Maria got injured after we filmed these on Dancing with Stars. Sucks for her. Great for us. Maybe the WWE will make it a 3 way dance for the Diva's title now.

Randy Orton VS Kane. This match at WrestleMania is kinda pointless, but I guess Randy Orton needs to be on the show. Too bad it's probably the most worthless match of the PPV.

Sheamus VS Daniel Bryan. The World Heavyweight Championship is on the line. No editing here.

Chris Jericho VS CM Punk. This match is for the WWE Championship. Chris Jericho aka Chris Jimmy is an exclusive Gouki.com cause. We created this CAWs in about an hour and added the music post production.

The Undertaker VS Triple H. Hell in a Cell, the streak is on the line. No editing here.

The Rock VS John Cena - I didn't do any editing to these superstars. I had to download The Rock. He was a buck.

Write a Story about PAX 2011 & win prizes from Gouki.com

Submit any story; news, blog, video, anything related to PAX during 8/26-8/28 and be entered into a drawing to win swag from PAX and the GoukiShop.

It's simple, just write a story about PAX during the show.

Blog about what is happening in Seatle.

Report the news on your favorite game from PAX.

Post a video and why you are hype about any trailer revealed at PAX.

Don't be a Jimmy! Prizes will be similar to how we did our E3 Swag Giveaway.