Cinderkin couldn't pass up a chance to fight one of the world's best Street Fighter players at CES. 1 on 1, for the first time ever. From CES 2011 in the Mad Catz booth. Justin Wong VS Cinderkin.

This Epic battle for the number 1 seed at CES 2011 features Justin Wong playing as T. Hawk and the Gouki.com seven footer Cinderkin playing as Ken. Something unique about this video is that the public has rarely seen Justin Wong play as T. Hawk. So check it out, exclusive video. Special thanks again to Justin Wong and EG MaRN for spending time with us.

Win any game you want. Design a new Jimmy or Jimette Mascot and get featured on a GoukiGear T-shirt.

Win any game you want. The prize? A Gouki Game Pass select any standard edition game you want that's already out or coming out and Gouki.com will purchase it for you. Design a new Jimmy or Jimette Mascot and get featured on a new GoukiGear T-shirt.

The rules are simple: Subtleties like the giant Halo gun or him/her dressed in cosplay will help win my heart over.

Good luck. Here's some examples of what could be acceptable styles ... *When you submit you release all of the image rights to Gouki.com LLC.

*This is a contest and Gouki.com reserves all rights. Rules subject to change at anytime. Anybody abusing anything on Gouki.com will be banned immediately. We run a fair and legitimate operation here. Don't be a Jimmy. Thanks for entering.

In honor of saving the titties month. I decided to pull all of the Pink peripherals together. October is Breast Cancer Awareness month. Show your support.

Impress your friends with a pink Xbox with skulls on it. If you don't have an Xbox, don't worry there are pink butterflies and diamonds you can plaster to your PS3. All of these come with controller skins as well. Still playing with your Wii - oh that sounds funny - well there are shiny pink Wii skins for you too. Every little bit counts. Watch your saving stack up. Welcome to Deals Jimmy! 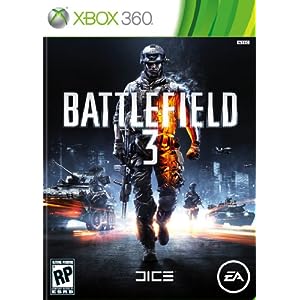 It's just the new Rage trailer no big deal. Stop giving yourself awards from E3 like you just won game of the year.

At E3 2010, we were not allowed inside the private booth showing Rage. It could have been the alcohol on my breath or that I hit on the PR girl like 5 times while trying to convince her to let us in. We didn't miss much from what I understand. Although aparently Rage won like 500 E3 awards. WTF is an E3 award? Developers barely show playable demos at the show. I'm all for saying, I'm most hyped for this game or this game looks like it's going to be a lot of fun when it comes out. Guess what it's not out. Rage especially, it's going to be at E3 again this year. So what does that mean? Another 500 E3 awards. sad face.

RAGE features intense first-person shooter action, breakneck vehicle combat, an expansive world to explore and jaw-dropping graphics powered by id's revolutionary id Tech™ 5 technology. Set in the not-too-distant future after an asteroid impacts Earth, you emerge into a vast wasteland to discover humanity working to rebuild itself against such forces as bandit gangs, mutants, and more. From the pioneers of first-person shooter gameplay, RAGE promises an experience like no other.

RAGE is slated for release on the Xbox 360, PlayStation 3, and PC in North America on September 13th and across Europe on September 16th. For more information on RAGE visit www.RAGE.com.

We have launched our new Hype Machine and Achievements just in time for E3 2011. Check out our new feature and start getting hype today!

Go to any video game on our coming soon list and where you would usually vote Buy it! Rent it! or Flush it! You can now vote whether you are HYPE for the release of that particular game or not. This information will also show up in comments when you comment on unreleased games. Don't be a Jimmy! Once the game comes out, you won't be able to hype it up anymore and you won't be able to get the points.

Check out all of the Gouki.com Achievements.

Have a suggestion for a Gouki.com Achievement? We'd love to hear it, leave it in the comments below. Try to describe it as best as possible.

As always, thanks for being a part of Gouki.com Number 1 in the World!

One of my personal most highly anticipated games right now, is inFAMOUS 2. I got a chance to sit down and play the recent demo. You know, that same one from the video that was released last week.

When I saw inFAMOUS 2 on display and playable at CES over the weekend I was ready to pound it. I love that gameplay video that was released last week. I've seen it like 5 times. I saw that the floor demo was the same thing, I knew I was gonna be able to PWN. Special thanks to Joe Castagno from Sony for being totally smooth while we filmed him talking about inFAMOUS 2. Joe knew everything about the game and was very informative.
Needless to say, demo railed. Here's the highlights:

I am a hardcore gamer. So I have put together a list of things that I would gladly accept or give away as a holiday gifts. Starting with some of my favorite games from this year. Also some games I haven't played, but my friends can't seem to stop talking about. You're going to find some of the best gift ideas below for somebody you know is a serious gamer. Just do a little research first and make sure they haven't played the games already.

Every gamer needs accessories, I could probably use a new controller. Mine makes funny noises in two different places. My wireless headsets are losing their charge times because I use them so much. If you don't have HDMI cables I got you covered. Also if you have a PS3, you know the controller charge cable is real short and you can get a universal USB extension cable that will work with your PS3 and Xbox 360. Perfect for keyboard extensions and stuuuuuf.

For the serious gamer that wanted the collector's edition, but didn't get it, I have a few suggestions there as well. You can always sell or trade-in that extra copy of the game. I just want the DLC, statues, booklets, soundtracks and goodies found in some collector's edition.

It's time to save money this holiday season and I hope my guide below saves you some money and time. Most of the options come with free shipping and that's great for the holidays, just make sure you don't wait until the last minute to order online. If there's something you think I missed or just want to make a suggestion, please leave a comment below. Thank you for reading. Now go start saving money!