There are some classic one liners falling out Champs grill in this interview.

The dumbest thing I saw all night was when Dios -X- changed teams in the last match of the first round AND LOSES!

#8 - Players Choice Via donations. The game that raises the most money will get an entry into EVO.

Mortal Kombat was super popular last year because the pot was worth $20,000. We'll see what the pot bonus is this year. Injustice isn't going to be ready before June, that's for sure.

Good thing I saved  all those copies of SFxT.

Book your trips now. That's the list & EVO 2013 is looking pretty good. I don't know what MK, SFxT & P4A are going to do, but I'm hoping they draw the same worldwide crowd they did last year. UMvC3 is easily the most exciting to see if there will be a new champion. You never know what is going to happen in Street Fighter, like Mr. Wizard said, everybody is gonna know Infiltration's bullshit.

I like characters that don't even touch the ground, like Magneto. Nova appears to be floating off the ground in his regular stance as well. For that, win! Don't be a Jimmy!

The Skyrim is on the way to the house as we speak Jimmy. So my back will be up against the wall with this one. Let's follow my order from the previous Deal Jimmy story.

Number 1 on my list. It's only $39.99 it's going to be an entirely new game. Team Coon FTW. Maybe I shouldn't have typed that, but I'm not the first person to say it.

The PricePWNr alleges you can save 2.1% on UMvC3 right now. 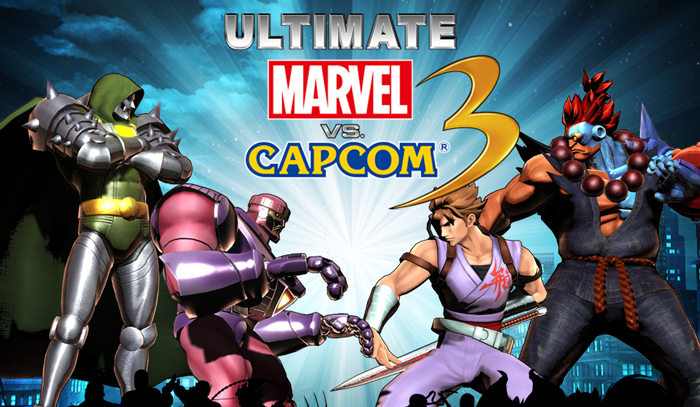 GameStop has an exclusive costume pack as well.

Check out these screenshots from UMvC3.

You Jimmys hype for this or what? I know the $$$ is a factor, but if America wasn't in the tank right now and we were all PWNn cash, we wouldn't be talking about the price and the release date. I'm thankful for for the 12 new characters and 8 new stages. Yeah I paid $100 for this game now this year, but I've got my monies worth. Don't be a Jimmy!

9 games to choose from. How will you compete?

Evil Mr. Wizard revealed 9 games last night on the Red Bull twitch channel.  He also announced that this year EVO will be at the Las Vegas convention center & that grand finals will be at the Mandalay events center.  A 12,000 seat arena.  The website still isn't updated, but I expect more info to drop soon & registration will open as well.  Check out these tweets.

Notes:
- Please bring your own controllers. PSG only has pads for Killer Instinct.
- Please be on time. Registration starts at 7:30 sharp, and the tournament for all games starts at 8:30 sharp. Do not be late.
- As per PSG rules, please do not bring any drinks into the venue. They sell drinks at the counter at a relatively low price--support the local venues! (they’re amazing)
- All those slated to bring consoles, please try to bring your consoles in no later than 7:30.

Here's some combo and gameplay vids of Dr. Strange and Nemesis. These videos were revealed at Gamescom.

Dr. Strange & Nemesis are both on my list for charactes I want to try. Nemesis looks like I'm going to enjoy his gameplay from here. Dr. Strange could be another Modok or even worse a Super Skrull, who I wanted to use both, but never adapted to their combat style. You also get to see some new stages if you pay attention. Don't be a Jimmy!

From about 30 rows back, get a view of "Mexico" qualifying for Top 8 in Ultimate Marvel VS Capcom 3.

Shout out to Mexico for bringing top tier shit to the U.S. this weekend.

FnJimmy is one of the cheesiest, nuabest players on Ultimate Marvel VS Capcom 3. Watch what happens when he goes Denjin Ryu style against Choke.

Recently I had the pleasure of attending a local Las Vegas fighting game tournament ran by IGL. I have the results for AE, KOF13 & UMvC3 from that night. Also my takes on the venue and event.

Shout out to IGL for working the Vegas scene. I really appreciate it. Long gone are the days of Mary K's and Carnival Carnival. Good luck finding a community buried somewhere inside one of these casinos. If they have any machines left from the 90's, I don't know who would be taking care of them. Jimmy? They certainly don't have any new shit.

Okay so lets talk about this tournament. The previous IGL tournament I went to was held in a saw mill of some sort. It was like a real life Street Fighter background, some Jimmy was using the saw, another was walking by with a barrel over his shoulder. The Street Fighter set ups were right in front of all of this, so while you were playing/watching your TV, all of that was happening in real life, in the background.

This time we were crammed into a double wide office trailer. This place had AC and that was the big difference. It was nice, but there were a ton of nuabs piled in there right before the start. 0 deodorant was used. Just kidding, none of this stuff I'm describing was that bad.

The tournament got started pretty much right on time, shout out to Tushar for getting all of this together.