Nick Ramos was a simple mechanic before the outbreak. Now he's fixin' to be humanity's only hope for survival in the search for a cure.

2K Games announced today that XCOM: Enemy Unknown, the highly anticipated action-strategy game from Firaxis Games, will be available for purchase in North America on October 9, 2012 and internationally on Oct 12 for the Xbox 360, PlayStation 3, and PC.

Looks like all you get for the pre-order special is the ability to customize your soldier's look.  The PC only special edition has all the patches and art books you've come to expect from a limited edition. Who's looking forward to this game? Hype it up and leave a comment, don't be a Jimmy!

NEW YORK--(BUSINESS WIRE)--May. 22, 2012-- 2K Games announced today that XCOM®: Enemy Unknown, the highly anticipated action-strategy game from Firaxis Games, will be available for purchase in North America on October 9, 2012 and internationally on October 12, 2012 for the Xbox 360® video game and entertainment system from Microsoft, PlayStation®3 computer entertainment system and Windows PC. Additionally, pre-ordering XCOM: Enemy Unknown from participating retailers guarantees receiving the Elite Soldier Pack, a launch bonus offering top-of-the-line soldier customization features that will only be available for a limited time. There will also be a special edition of XCOM: Enemy Unknown available exclusively for PC that contains a variety of unique XCOM items.

"As we reimagine XCOM, one of our goals is to evolve the experience while recognizing what made X-COM one of the greatest PC games to date," said Sarah Anderson, senior vice president of marketing for 2K. "It's important to create an experience that is appealing to both existing fans and newcomers to the world of XCOM, which is what we're doing with XCOM: Enemy Unknown."

Available from participating retailers at launch, a special edition of XCOM: Enemy Unknown (MSRP $59.99) will contain a copy of the game for PC and a number of unique XCOM items, including an art book; fold-out poster of the XCOM headquarters; XCOM insignia patch; and a collection of digital bonus assets such as desktop wallpaper, soundtrack and more. A standard edition of XCOM: Enemy Unknown for PC will be available exclusively via 2K's digital distribution partners.

"XCOM: Enemy Unknown is the answer to the 15-year craving that X-COM fans have been experiencing," said Steve Martin, president of Firaxis Games. "We wanted to find a special way to honor these die-hard fans, and the special edition and Elite Soldier Pack are just the way to do it."

Released in 1993, the original X-COM is regarded as one of the best games ever made and has been reimagined as XCOM: Enemy Unknown by the strategy experts at Firaxis Games. XCOM: Enemy Unknown will expand on the X-COM legacy with an entirely new story, enemies and technologies to fight hostile aliens and defend Earth. In XCOM: Enemy Unknown, players will oversee combat strategies and individual unit tactics as well as base management and resource allocation as commander of a secret global military organization, XCOM. With equal emphasis on deep strategy and intense tactical combat, XCOM: Enemy Unknown will allow gamers to control the fate of the human race by defending against a terrifying global alien invasion.

Gamers who wish to experience the greatness of the classic X-COM titles can purchase them via 2K's digital download partners. 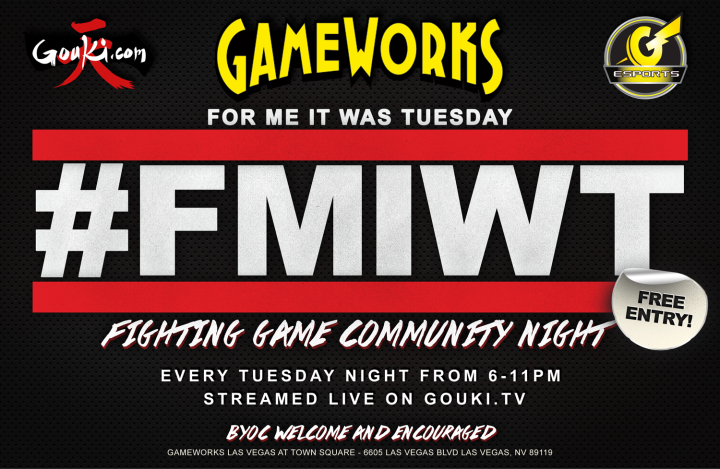 Nobody put more time into Borderlands than BatRastered this year. Borderlands also released 2 DLC's and a patch that raised the level cap. Borderlands is one of the most talked about games on Gouki.com. Borderlands catalog page.

Personally I played the shit out of this game this year. I love it! According to Raptr I played 119 hours of this. What it doesn't say is that was within a weeks time span. Read the PWN diaries.

You gotta be playing some sort of Halo right Jimmy. Halo is Gouki.com's preferred shooter.

Winners will be announced December 29th. Did we leave anything out? What's your favorite? Leave a comment below! AND don't forget to vote for your favorites in our Video Game Catalog.

Yup, it's really cancelled. After 2 years of denials abou the status of this project, Bethesda confirms in a CNET interview at PAX Australia.

GoukiJones and I had seen some impressive demos of this game and were looking forward to its (eventual) release.

I love my city sims and RTS games. I've been hyped for Anno 2070 for sometime now. Here we have a closer look of how the gameplay is actually going to work. Here's my thoughts.

The thing that stands out the most to me is that there are only 2 factions. It's like the guy at PAX showing me this MMO fighting game, similar to League of Legends and it only having 1 map. WTF 1 map? Maybe Anno works with only 2 factions, but that just seems uncreative. Look at the color in the trailer. Green and grey, that seems to be the only 2 colors they had for this game. The cities don't look fun to build and if there's nothing cool to look at, then what motivation do I have to build? There's some combat, but that doesn't look interesting at all. I'm currently unhyped for Anno 2070 and I'll probably forget about it at this rate. Don't be a Jimmy!

Valve's games got a frame rate boost on Macs

Apple just released a graphics update that Valve claims up the frame rate 120%.

Yesterday, Apple released Snow Leopard Graphics Update, designed to address issues being experienced with high-performance games on Mac OS X 10.6.4. The issue was brought to light by Valve Software, which had recommended that Mac gamers not update to Mac OS X 10.6.4 until the issue was addressed. Valve, which has been working closely with Apple and graphics card companies to improve gaming performance on the Mac platform, has now posted a technical explanation of the steps it has been able to take to improve performance as facilitated by the new software update. While the details are certainly interesting, the bottom line is that frame rates have been increased by 15% to 120% on some newer Mac hardware. We are seeing dramatic performance improvements on iMac (Late 2009 and Mid 2010), Mac mini (Early 2009 and Mid 2010), Mac Pro (Early 2009), MacBook (Early 2009 and Mid 2010) and MacBook Pro (15-inch, Mid 2010) and MacBook Pro (17-inch, Mid 2010) models. Depending on the game, video settings and the hardware, we have measured frame rate improvements from 15% to 120% on these systems. On older systems, we are generally already operating at the limits of the hardware, so it is not obvious that any significant performance improvements can be achieved in the future. Valve has made a significant investment into the Mac OS X platform, working to bring its entire library of high-profile games to the Mac while also opening up its Steam game distribution platform to allow other developers to easily offer Mac versions of their titles.

Bioshock Infinite is coming out next week and Irrational Games have released an all new full blown TV trailer. Check it out!

This game is looking amazing! I know BatRastered is excited for it. What are your thoughts on this game? Did you play Bioshock 1 and 2? Tell us what you think in the comments. Don't be a Jimmy!

As I watched this video for the first time, I took some notes. I time stamped them. It's Sleeping Dogs, it's Square Enix. It's the end. :(

0:42 You might need to read to play this game. Unless you speak Chinese.

0:52 Cellphone time! The most annoying part of GTA IV.

1:18 Way to show off your new game by getting into the car on the passenger's side. :| So far this looks exactly like GTA IV, but worse.

2:23 WTF, cellphone minigames? I hate cellphones. I don't want to play a game, playing a game on a hand held. Fuck!

2:40 Everybody is driving on the wrong side of the street.

3:35 The studio worked with some MMA Jimmy you've never heard of to make the combat as authentic as possible. Using the environment around you looks really, but overall the combat is a Batman (Arkham series) clone.

4:56 Jimmys is getting blasted!

5:35 The shooting looks like the best part so far. Now getting on a motorcycle. :(

5:54 This is what we saw at E3. Shooting out the tire causes the car to flip into the air. Perfectly normal right?

Not that excited for this one? Has Square Enix taken on more games than they can handle? I don't know anymore. So many of my favorite video game companies have been struglling with making new games.

Quick Look Of My UD-CPS2 Board

A quick look at my consolized CPS-2 A arcade board.

Here is a a look at my consolized CPS-2 arcade board, allowing me to play old Capcom arcade games on my TV! Enjoy!

We will be playing the CPS-2 fighters on stream at twitch.tv/goukijones on Thursday, July 17th at 7:00 PM. Thanks!

I'm gonna start a new column on the site about the deals I find. I don't pay full price for any video game anymore. There are deals every where and I love to hunt them down. I'm going to share all the best deals I find with you Jimmy.

Check it out! Both of these games are on sale at Newegg and it's always free shipping!

I praise Darksiders, but did not enjoy Darksiders II as much. Who cares? Let's talk about Statues.

I'm still waiting for the day a four player version of this game is announced.  Like the Zelda game you can play with 3 friends.  This style of gameplay is just like Zelda.  I would say that the first game is what I expected an adult Zelda game to be similar to.  They do seem to be going balls to the wall with these statues.  Remember the Q stands for Quality.  So they are probably going to be very nice.  I remember how mine was delivered with the first game. 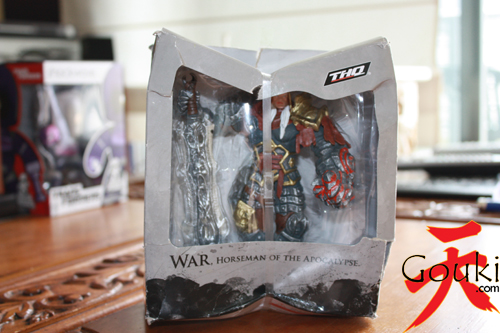