The Agency is Not Cancelled it was an April Fool's Joke

In what was an elaborate April Fool's Joke, a mock press release was sent out yesterday saying the SEO Seattle had been closed down and that The Agency had been cancelled indefinitely. This didn't go over to well with the employees at SEO Seattle.

When employees saw this, the uproar began. How could production hault?! This game has been in production since 2007. Of course employees found out today as they returned to work, that it was just a terrible hoax. An April Fool's Joke gone oh-so wrong. The game is still listed here on soepress.com. These screen shots are amazing and Sony just recently promised a new trailer at E3 that was going to blow our minds through the wall.

More info sure to come as we get closer to E3.

New images of 6 hidden unlockable characters have been found on the disc of Tekken Tag Tournament 2. Whether these are DLC characters or unlocked through the game is unknown at this point. Check out the images.

The new characters that were found are Unknown, Slim Bob, Violet, Dr. B, Miharu, and Sebastion. Check out the images of each below. 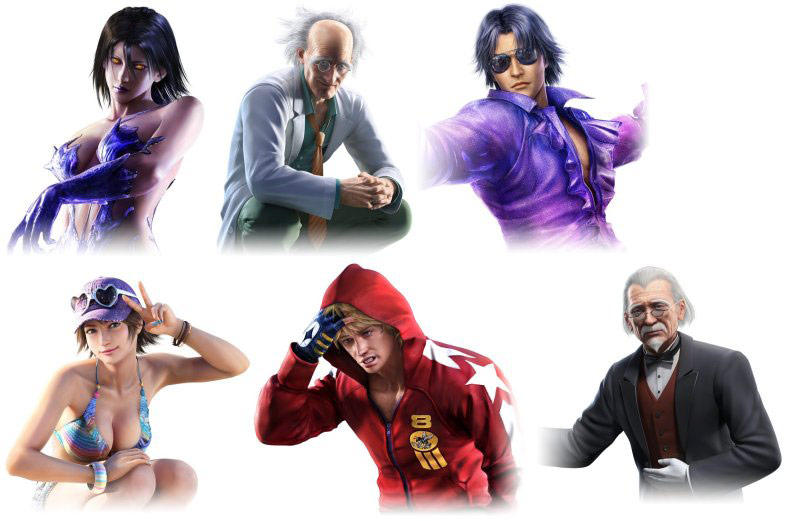 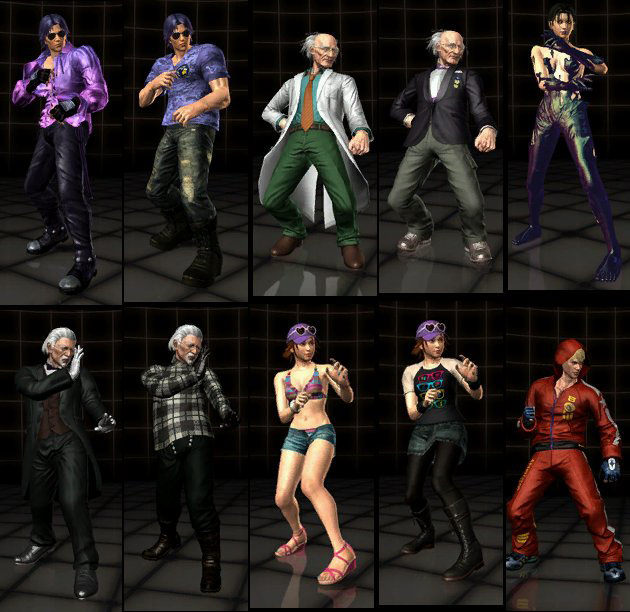 If this was Capcom people would be losing their minds right now, but since everything has been free so far with Tekken Tag 2 DLC this shoulld be as well. Check out the source at the bottom for more images. Also be sure to check back tomorrow for our full Review 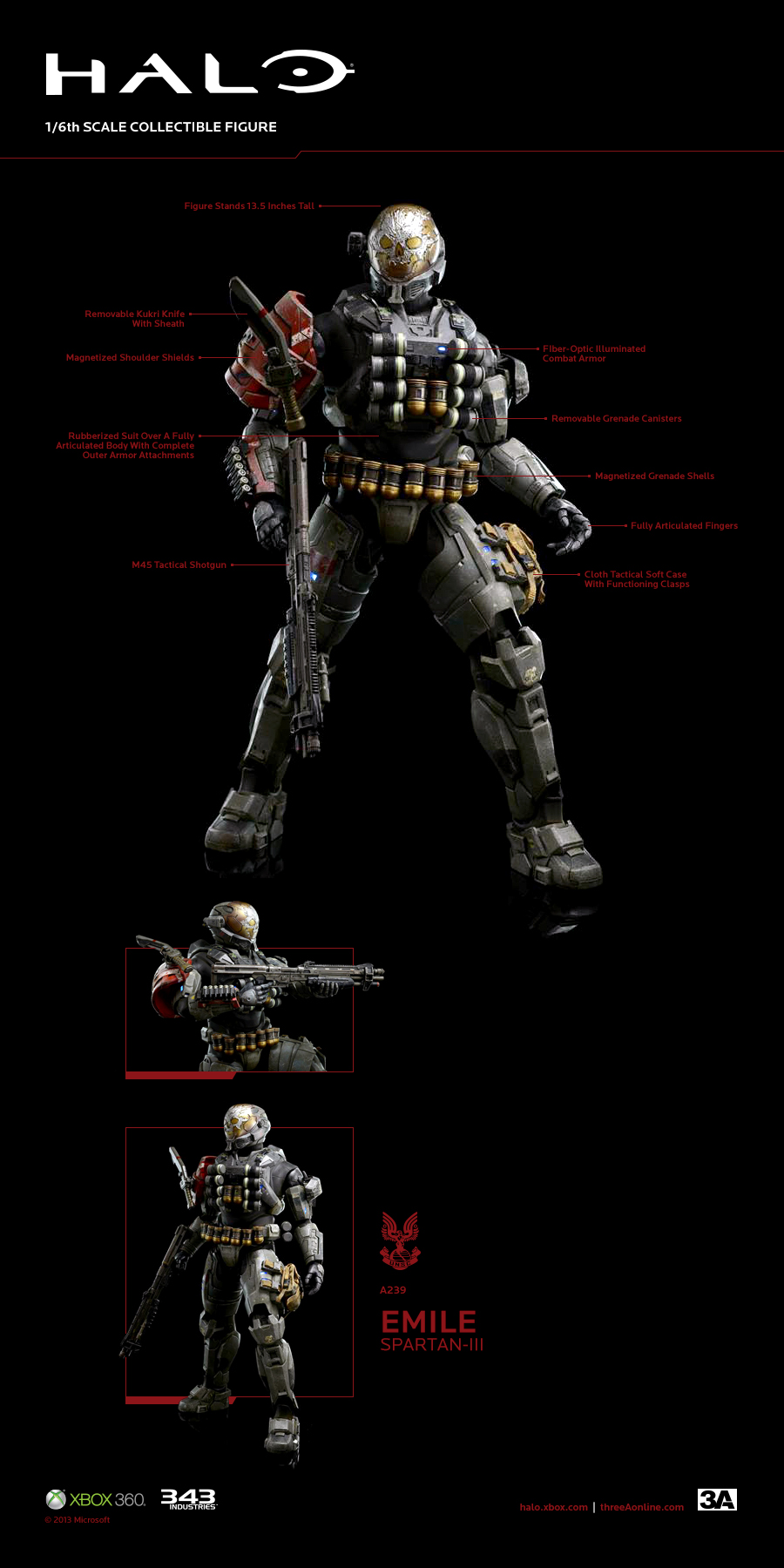 Hands on with the New Mortal Kombat Klassic Fight Stick

Gouki.com got a hands on demonstration of the new Limited Edition Mortal Kombat Klassic Fight Stick at the $21,000 Tournament in Las Vegas. Based off the vintage arcade style, this fight stick is priced to sell and comes with 3 Mortal Kombat Games.

Gouki.com was at the $21,000 Mortal Kombat tournament this weekend in Las Vegas and we got some hands on time with the new Mortal Kombat Klassic Fight Stick. Developed by PDP and designed to take you back to the golden age of arcades, this fight stick looks like it was ripped right out of an arcade cabinet from the 90's. Original tweet. This Fight Stick has a memory foam underside, how cool is that? It feels great, the buttons click away just like your Mad Catz FightSticks, but what I really like about this stick is the actual joystick. Old school arcade favorite for me. This is an exclusive fight stick and is limited to only 6000 units. You also get Mortal Kombat 1, 2 and 3 DLC codes. Only 6000 made, $130, a fight stick and 3 Mortal Kombat games. If you're planning on being a tournament player or you just don't have a fight stick yet, this is Deals Jimmy! Pre-order now.

I played through the first Infamous recently for two reasons. One, it was free and two I wanted to play through it before picking up Infamous 2. Rei Puerto already did an excellent job reviewing the first game, so I’ll just say that it’s definitely worth picking up at its discounted price (if you didn’t get it for free like I did during the PSN welcome back program).

On Mars, no one is your friend.

I love the concept of this game. I have never played big survival games that starts you with absolutely nothing in your inventory but your basic beginner crafting supplies.  Once I got the hang of it and started to level it up, I was really enjoying myself.  You can kill and ruin plenty of peoples days while playing this game. I know I did . I built a small base and finally got the storage container installed. Unfortunately, that was around the last time I got to play before the beta ended on Sunday.  I can’t wait to have another go at this.  Here’s a couple of highlights from my stream over the weekend.  Warning, HELLA RAGE. NSFW

Just when you think it's safe to open the menu and casually spend your flops... Fuck face come from other side.  Just another clip of me raging.  I love it!

My name is FnJimmy, but you already know that. Finally I got to play Red Dead Redemption. Here is my only review.

For the first time in any historics, I play and review Red Dead for 360. As usual I'm pretty drunk and extremely "tired" at the same time of making this video. Gouki and Ratbastered are asking me questions. The normal review stuff.

ps. I'm still killing you on MvC3. Challenge me if you dare.

My Little Pony Fighting is Magic Tournament at Canterlot Gardens

Canterlot Gardens is currently going on in Strongsville Ohio this weekend and Dev Team ManeSix is on the scene with a special Canterlot Gardens build of Fighting is Magic for an impromptu fighting tournament.

The link above will take you to the live stream of the game being played as we speak. I was told it will be going on all weekend but have no way of knowing for sure.

The "Tournament" seems to be more of a random grouping of players fighting until defeated than an actual tournament with a leaderboard.

The big news is that ManeSix is introducing Rainbow Dash in playable form and from I saw she is kicking ass all over the game. This brings the playable count up to 5 characters in the game with Fluttershy being the last one to be added before the games final version and release into the wild. Addictional characters will be released in updates in the future as balancing is improved with each update.

The EVO 2K build was leaked earlier this summer with only 4 playable characters and has since been rebalanced and improved.

No release date for the final version has been posted as of this writing.

Finish-Him Interview of Injustice: Gods Among Us! New Details!

Finish-Him.com recently sat down with Hector Sanchez of NetherRealm Studios to discuss the changes of Injustice Gods Among Us from Mortal Kombat 9. Check it out!

Part 2 gets blurry, but the audio is what's important.

There are some really interesting things being said here that I haven't heard before. These are some of the key things I heard:

This game is looking very good for Hardcore and Casuals alike. They mention online is better, but we will see when the game comes out. Online for Mortal Kombat 9 was and still is broken. So I hope they can keep their word and get online fixed. PS3 users won't be allowed to fight gamers from other regions just like Mortal Kombat 9. Xbox 360 users will not have region restrictions.

What are your thoughts on these new features? Is Injustice something that you are looking forward to? Tell us what you think in the comments. Don't be a jimmy!

Desk Explains How to Do True Standing 720 Ultra and Supers.

Ever had trouble doing a standing 720 ultra move? Do you even know what it is? Well Desk has a very good tutorial showing off how its done. Check it out!

Here is the description:

This is a new technique and entirely different from the method used by Vangief and other Zangief players. The existing method requires the player to hide or 'buffer' half of the motion in a normal or jump. This does not.

Its practicality is exactly parallel to how hardcore a player you are. So, if you're not hardcore, then it won't be practical.

Although technically, you only need 4 inputs after initiating your jump animation(up, right, down and left). You will most likely be going past diagonals. This will mean you have 7 frames to hit 7 inputs.

Deals Jimmy! Where do you shop for Video Games online?

Okay so Steam obviously for you big PC heads. What about you console players that look for sales & discounts on new software? What's your favorite site?

As my deals story evolves. I really want to know where you guys shop online to have games delivered to your door? Do people do that? Of was I ever the only 1 waiting for the UPS man to drop of my new release from Amazon. So I'm axin' you guys, what are your favorite sites online for video games. Please leave a link in the comments below. Thank you.

Save $50 When You Buy the Turtle Beach Ear Force PX22 Headset and Call of Duty: Black Ops II, Plus Free Shipping.

Don't forget to check out our Xbox ONE & Playstation 4 Buyer's Guide.