Desk uploaded a spencer freeze glitch video a few weeks ago. After the recent MVC3 patch, freeze-bugs were removed (including Spencers). Well, that didn't stop Desk from finding it again. Spencer freeze glitch after his super is back! Seems like you need Haggar first to do it and DHC at the right time with Spencer. There is also a slow glide glitch shown done with Spencer aswell. I find it simply amazing that a bug was "taken out" and Desk finds a new way to do it, similiar to him doing the "removed" Akuma loop in ssf4. As he said in his interview with SRK a couple of months ago ,

"Just because developers tell you it isn't in the game, doesn't mean you can't find it".

Anyways check out the video below and leave a comment on what you think, don't be a jimmy.

4 Different pre-order Bonuses from 4 places, which will you choose?

RFA (Red Faction: Armageddon)  is to be released for PS3, PC and XBOX360 on May 31. Like EVERY game released now a days, you get special stuff for pre-ordering. But you must choose between Gamestop, BestBuy, Amazon and Wallmart Bonuses. Check them out below.

Still not too sure if I'm getting it, Red Faction was alright back in the day, not too into it now. Pre-order deals sure are convincing gamers to get games they are on the fence about. If I were to get it, Gamestop is easily packing the best deal. What do you guys think? Don't be a jimmy, leave a comment below.

Inside look at Skullgirls Cerebella and Filia Gameplay

Skullgirls may be more technical than you think.

In this video uploaded by http://www.youtube.com/user/TheBBVlog we get the lowdown on Cerebella, a grappler and Filia an all around fighter. The guy explains her moves and what she can do, the games mechanics really do sound appealing. The game also has Push Blocking, instant air dashes and Delayed Hyper Combos. He also displays more of the Infinite Detention system that allows you to burst, and calling assists to do unblockables (hitting low and high) I'm still not down with the art style, but it may grow on me. So I took notes on what he says, check it out and the video below.

-Anti air command grab (can combo into it)

-Air fierce clap (like Hulk) that can also glide.

-Slow-ass super armor run that can cross up, attack or stop

-Overhead command grab..that OTG'S...and staggers (so you can combo after it) Most OP thing I've heard of

- Supers with HUGE startup, but no startup upon Delayed Hyper Combo (DHC)

- Rolling attack that can combo (similiar to Felicia)

-Air grab, that can be comboed into air roll

-Decent supers that can be comboed into, one is a uppercut

-can special / normal into super, even if it whiffs!

So what do you think of Skullgirls? Does it have what you want in a fighting game? Does it remind you of any other games? Don't be a jimmy, leave a comment and more info if you have any :) A short video was uploaded by http://www.youtube.com/user/lemmy103 , it's not much since the game is still developing, but it's something!

So what do you think so far? This is only some of the many things being worked on in the game, check out the blogs below for all the info and more pics. The game seems like it could keep my attention for a while, plenty of ninfty features. Leave a comment below on your thoughts.

In a recent interview , the developers stated the game isn't a MMO. That gaming news sources just started calling it that. They did say the multiplayer is up to 8 players (so far) and that every building/house/school/hospital can be entered.

Anything relevant to the Tsunami/ Earthquake in Japan can be effected.

Lots of news of games being delayed or completely canceled due to the Tohuku Earthquake. One game effected was the One Piece Unlimited Cruise for 3DS ; it was delayed. Recent news have surfaced that retailers were also told to destroy the DVDs that had promotional footage for the game.

The reason Namco Bandai wanted this was because of a certain character. Shirohige (above)
can cause Earthquakes, and in the promo video his earthquake....causes a tsunami. The coincidence is a bit much. Even after the order to have the DVDs destroyed , Namco Bandai is still promoting the game and recently released a bunch of screenshots you can view here http://www.andriasang.com/e/blog/2011/03/25/one_piece_update/

What do you guys think of all of this? Ofcourse a country would be sensitive after this sort thing, many of games and movies would be altered to keep strong emotions from firing. When would it end though? When Japan is back on its feet?  Or will this be something kept in Japanese culture and history as something that would only be enacted in a memorial, while being kept out of mainstream media. Leave your thoughts below, don't be a jimmy.

Moon Diver is finally going to be released next week, enjoy the launch trailer!

The crazy side scrolling hack and slash Moon Diver created by Strider's creator Kouichi Yotsui, is around the corner. The game will be available to download on PSN Japan and America March 29 (XBL sometime in April). This Square Enix game will have up to 4 player co-op on/offline = win. The game will be $14.99. Check out the new launch trailer and let us know what you think, don't be a jimmy ;)

Does sex sell for Playstation Move Tennis games? Probably not.

Check it out and leave a comment on what you think. It is hot, but don't know if that would make anyone want to buy it.

Also, check out a review of the game by Cinderkin here http://gouki.com/Story/Details/top-spin-4-review

A 3 part charity event to raise ¥ for Japan's Earthquake and Tsunami fund, also bonus news on upcoming game "Shadows of the Damned" and that secret game Grasshopper has been hinting at. (UPDATED- more info)

The event is titled "Grasstream 2 Travis VS. Garcia" and it will be held in Shinjuku Loft Plaza in Toyko. The event will be on March 30 from 19:30 to 21:45.  With ticket prices at ¥1,500 in advance and ¥2,000 at the door , all money goes to The Red Cross reflief fund for Japan. So for the majority of us who won't be at the event, they are awesome enough to not only stream it, but have a second stream  with ENGLISH commentary (live) !  The Grasshoper charity event will be split into 3 sections :

Also the event will be hosted by our favorite gaming "Trap" Kayo Sato a.k.a Kayo Police, and Rolling Uchizawa

Will you be tuning in? Excited for what type of incredibly insane game they came up with or do you just want your daily dose of Kayo Police ;) Any No More Heroes fans in here stoked for a possible return of Travis Touchdown , because I am!  Leave your comments below.

Shadows of The Damned GDC Trailer is Insane

Shadows of the Damned is a survival horror game coming out this June. I haven't been following it much but I'm glad it got my attention. 2 big names behind this game are No more Heroes Suda 51 and Resident Evil's Shinji Mikami.

I'm not too much of a RE fan but NMH is definately something I will love for a very long time. But knowing how badass Resident games have been and Sudas other wacky projects, this game is sure to be promising. Enjoy the video below and leave a comment.

"When evil demonic creatures kidnap Garcia’s girlfriend, it’s up to him to travel to the City of the Damned to get her back.  Aided by a former demon with the ability to transform into an array of vicious weapons, Garcia will once again take on the mantel of “demon hunter” and rip apart the horrifying forces of the underworld to protect what he loves most" 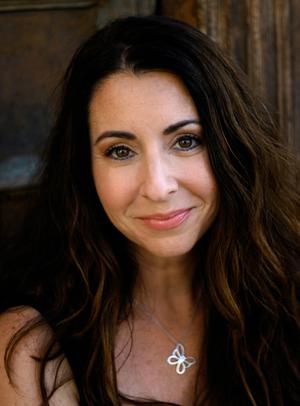 Xbox users rejoice, a win game is coming your way.

PC game Dungeon Fighter Arad Senki is an action-adventure RPG with a oldschool arcade feel. Theres several different classes you choose with skill building and special attributes. Besides the obvious co-op dungeon crawling, the game has a pretty sweet PvP system.  Nexon Korea announced they are making an xbox live version of it, that will be the same as the pc version! Yes it will be available in America, no release date yet but this is definately something to keep your eyes on towards the end of this year.

Besides being an AMAZING pc game, it also spun off into a badassnice anime called " Slap-Up Party Arad Senki" which loosely followed the game, but ended up having its own great and entertaining story. If you guys rather play games on xboxlive, your day will come. Or if you are new to the game and want to check out the pc version, go here http://dungeonfighter.nexon.net/

Have any of you played Dungeon Fighter Online or watched Slap-Up Party? I loved both of them!  No pricing details on the 360 version, would they price it even though the game is free online? It's an Item Mall type game aswell, that would milk out lots of xboxlive points if they go that route ;)  Leave your commnets and thoughts below, don't be a jimmy.

Heres one of the old trailers, to give you a glimspe of the game, uploaded by http://www.youtube.com/user/machinima

Video of the PS3 exclusive Kratos in MK9

Few months ago we only had a grlimpse of this God of War in a trailer, new footage shows Kratos's gameplay and x-ray attack. I know mot of you are getting this for 360, but do you like what you see? He looks extremely brutal and I like how they kept the GoW theme by giving him quik-time attacks!  Enjoy.

Leave your comments below, don't be a jimmy.