Have your questions been answered? Ensuring that everyone is always having fun with the game seems to be something they are extremely focused on. That’s a great thing! I’m even more excited after watching this video.

*Pro-tip the video starts 38Mins in.

The Perks Video was the only new video shown during the Q&A.

There was no mention of selling these packs.  I don’t believe there will be any microtransactions, the game won’t need anything like that.  If it does… all I can say is… Don’t be an EA.

I played the first game for a few hours and I didn’t like it. This trailer hypes me up and so I will give Rage 2 a try. I have a new look on video games and the possibility of attempting to play through Rage 2 will be an experiment indeed.

Let me know what you think in the comments about this Rage 2 gameplay.

Hosted by IFPA Nevada State Pinball Champion Sean Stewart.  Located at Good Timez Billiards Pool Hall in Las Vegas, NV.  The Pinball Tournaments vary week to week. They include Pingolf where you try to get the highest score with the fewest amount of balls. PinObjective where you try to trigger certain events on different machines and of course there are also Traditional Pinball Tournaments.  It is a fun mix and keeps your pinball skills sharp! 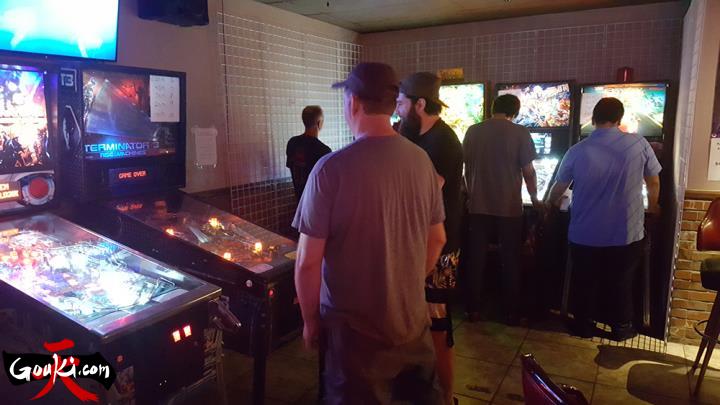 Super Smash Bros. Ultimate is for Every Fan of Nintendo

It was revealed today the game will contain over 24 hours of original classic video game songs.  800+ Tracks!  WOW!!  From Galaga to The Legend of Zelda.  You can check out a sample of that music here. *New tracks added every week.

The game has over 100 stages including the traditional battlefield and Omega versions which now puts the game over 200 stages. What?  Wait, it is really over 300 stages!  I don’t understand Nintendo’s math sometimes, but I’m sure more than 50% of the stages will be banned before the game is released.

Nintendo does such a great job with video and game reveals.  I’m not a big fan of playing Smash, but this Nintendo Direct was just fun to watch and it made me excited for the game.  Although, I just imagine myself putting on the music track and doing something else.

Tokido going for back-to-back EVO wins, but a new Challenger stands in his way.

The drama and excitement did not miss again this year at EVO.  I couldn't imagine a more exciting ending.  Well maybe if Cool Kid had been in the finals for America with such a wild crowd they would have gone nuts if he had beat Tokido.  Shout outs to EVO, another great show for 2018!

Did Negan from AMC's The Walking Dead steal the show at EVO 2018?!

This has to be one of the biggest major crossovers I have ever seen in fighting games.  I thought Marvel VS Capcom was a pretty big deal when it came out so many years ago.  Now in 20XX are we going to have Tekken VS AMC with Heisenberg, Negan, and half the cast from Enter the Badlands?  FGC gonna be LIT with pop culture.

This is PRE-PATCH Canny Valley. Basically moments before we lost months worth of progress towards Twine Peaks.

Before Epic changed how you progress through Canny Valley we finished the 4th tier defense.  We were on our way to the second to last quest line to move onto Twine Peaks.  Then everything changed to the new quest line.  Absolutely nothing to be excited about.  The video is great though!

Dig or Die Experience Ultimate Anxiety On A Killer Planet

You can not stop the night from coming.

I am loving this game.  This is my favorite 2018 Indie game to date.  I can not stop digging.  It has everything I love in a thrilling game play experience.  You can build giant forts and setup a defense with turrets and traps.  There are tons of places for exploration and many different materials to farm.  There are over a hundred different things to craft including guns, armor, doors, and power generators.  There is an entire water pressure dam system you can design and build on your own. That’s how you generate power for teleporters, doors, and turrets.  I’m telling you, it's incredible!

Will it finally be revealed how the game will actually work?

My biggest fear with Fallout 76 is that it's some sort of quick turn around game.  Where you build the base, somebody destroys it, you destroy their base and then it starts over.  I think about how it's going to work when I've built a base for 6 hours, but have to get off and take a shower, eat something and my base might die during that time.  Maybe some of my questions will be answerered at the recently announced Quakecon Bethesday Press Conference.  Here's all the info.

I said the E3 demo was a huge set piece that looked very scripted to me.  This trailer leaves me with the same bland flavor.  What is this game going to look like when somebody is actually playing it?  9-7-2018 we will find out.

Looks like the complete play through of the E3 demo. Definitely new footage.

They show a ton of the combat and menus.  And I mean a ton.  There is a full combat boss fight and you can get a good gist of what the gameplay is going to feel like. I'm really hoping there are not a lot of repetitive fights.  I'm really hoping for more Borderlands type gameplay over a Destiny style.  Let me know what you think in the comments.