Check out the all new Story Trailer and get a deeper look into what drives Aiden Pearce. Remember, there are some things you can't walk away from.

Watch_Dogs will release May 27

There are less and less games I want to play this year... 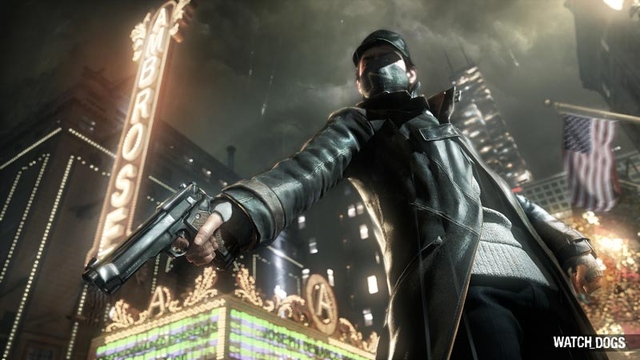 Previously scheduled for release on Nov 19, Watch Dogs will now be released some time in the first half of 2014.

More time to finish up your GTAV or FFXIV I guess. Now the Stick of Truth stands alone as the only game coming out 2013 that I still am looking forward to.

The first in a series of gameplay videos showing off the ways to accomplish your goals in Watch Dogs.

A software bug led to a breakdown of services during the Northeast blackout of 2003, including communication, transportation and power. Now, 10 years later, how much more secure are we? See the hacking features in Part 1 of the Watch Dogs gameplay series and discover how vulnerable we really are.

The most shocking game revealed at E3 2012 isn't even on home consoles yet and there already may be a movie version in the works.

Dark Horizons -my favorite movie news site- reported today that, Fusible.com reported that Ubisoft purchased a bunch of doman names referring to a Watch Dogs movie. Like WatchDogsthemovie.com, Watch-Dogsmovie.com and even more. Click the source link to check out the other ones.

My take on this, well ... what are you doing? If you are planning a movie, you better make sure your game will sell first. Of course I think Watch Dogs is going to be popular just based on the response it got during E3. But hey, there's games that have been shown at E3 that haven't even come out yet. (XCOM, Furious Four)

This is also could be for some anime tie-in Ubisoft is planning for the release. That makes more sense to me than a full on theatrical release. Makes more sense, but is far more less interesting I know. Do me a favor right now Ubisoft, just focus on putting out a quality game right now. I really want to play Watch Dogs just like how I saw it at E3.

Easily the best looking games of the day. Seems very innovative. They barely touch on multiplayer at the very end. Something I'm super excited to see if it's actually on the floor. More to come this week.