Gouki.com known for its social media!

@goukijones CEO and Editor in Chief. I like to drink whiskey and play video games. I also like to find the cheapest place to buy the new releases. Follow me find out how to Never pay full price for video games.

@batrastered CTO and Editor. The man is in charge of the programing and mechanics of the site. Batty also enjoys video games like Borderlands and Portal. Follow him for no reason at all.

@fnjimmy Official Mascot and Editor. Jimmy's once in a blue moon random tweets are hilarious. Otherwise you will just get constant updates of when he turns Tomb Raider Underworld like a Jimmy!

Dragon Age 2 wants to see you on Facebook.  If you play the Dragon Age Legends game you can earn some bonus rings for your characters.

You can get a ring for + 18 attack and 3% physical damage just for going through the castle building tutorial. 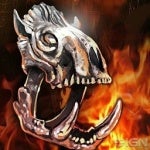 How about an amulet for +10 health and +1 armor 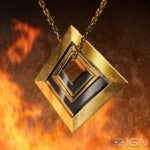 So far they are showing 5 items you can get.  Is it worth your time?  Don't be a Jimmy.

Why Do I Love Fighters? Part II

This is a short story of why I should win the Marvel VS Capcom 3 Ultra Combo Giveaway. Well I think its short enjoy! ^_^

First of all, if you have not read my first story I suggest you click on the link below.

In my first story I told you guys I have a lot of reasons why I love fighters. Well only a clip and a few words can only do so much to tell this community how much I really feel about fighting games. So let me explain more of why I love fighters. Like most gamers out there I started gaming when I was about four years old. I really didn’t care for it at the time because all I had on my mind was a dream of becoming a Power ranger. And like all other four year olds, I played with lots of toys of course. I had friends but most of them lived to far, so staying at home was a no brainer for me. Now I do not remember how my older brother got his hands on a Sega Genesis so I’m just going to say it magically appeared to give this story some spice. The game I started off with on the Sega was Sonic the Hedgehog. Sonic really made me happy for how no one else in my family was able to get so far on the game. And by my brother being eight years older than me it felt that much sweeter. I could never beat the dang video game, which leads me to forget about game. Until one day my brother bought the most amazing, electrifying game, Street Fighter II. When I first saw Street Fighter II I was blown away by the graphics, sound, & music. But with all of that said, that’s not what attracted me to the game. What really caught my attention was that versus screen. The fact that someone instead of the computer was playing against me just gave me goose bumps that were thick and solid as a basketball. I was in my sanctuary playing SF2 on the Sega Genesis with a smile so big the Joker would be jealous. I remember crying because M. Bison was beating me every time I’d reach the last stage. But one day I managed to beat him and during that whole year I never stopped smiling. A few years past by and If I remember correctly the Playstation system released. I got the Playstation the same year of its release with demos and all. Now I was into other games like Crash Bandicoot and more demos because for some odd reason fighting games like to take a few years off. Whatever the case that didn’t keep me from running into one of the greatest collaborations of all time. My mother works in the school system, so she had a really good relationship with the principle who owned the school. One night we were invited to the principle house or should I say mansion. And as the lady showed us around her lovely house she thought I felt bored. So she told me to go on the other side of the house and walk up stairs and I’ll be pleased to what her son was doing. When I finally got to the room I saw the game that almost made my head explode, Marvel VS Capcom: Clash of Super Heroes. When I saw Wolverine fighting Ryu I was literally screaming out loud “Hey that’s Ryu from Street Fighter, that’s Wolverine from X-Men!” Everyone who were sitting down playing the game didn’t even get mad because they were just as hype as me. With the battle system moving so fast, I was blown away once again by gameplay. I wanted to spend the night but my mother had other plans. Seeing MvC for the first time reminded me how great fighting games are again. I started buying every fighting game I could get my hands on and also played at the local restaurants that had arcade cabinets. More years past as my love for fighters grew with games like Mvc2, Guilty Gear series, Capcom vs SNK series, Street Fighter Alpha series, and Bloody Roar series. Now remember these are fighting games so once again the hiatus for the genre hit big time which lasted for almost a decade. The Playstation 3, Xbox 360, and Wii were the new babies. Games like Call of Duty and Halo was all we heard. Soul Caliber released and at the time felt really fresh, but it still didn’t feel that void. I hear some fighting game fans called it the dark ages and the feeling was just that “dark”.

Street Fighter IV released and it put a smile back on my face bringing back the technicality of fighters to the so called dead genre. Other game companies started to catch on to the revival of fighting games like Blazeblue and Tekken 6. Even upgraded versions of the heavy popular SFIV A.K.A vanilla noticed the trend it set and decided to make Super Street Fighter 4. The funny thing about all this was the fact that my friends doubted me on how well fighting games would do on the next gen consoles. Now most of my friends play fighters more than any other video game genre. In the middle of all this and after a decade of demand Capcom announces Marvel VS Capcom 3 Fate of Two Worlds. I was so excited for this game simply because I already knew one of my favorite Capcom character was going to make it on there. Dante was all I wanted when it came to this sequel. Heck, Capcom could have said Marvel VS Devil May Cry and that would have sold me there. With the internet blowing up with pictures and videos it was only a matter of time before I get my hands on the game. I never knew I it would be as soon as October, 28 2010. I was lucky enough to live in one of the cities where Capcom would be hosting Fight Club. Fight Club is basically a get together like a night club but with a preview of a video game they’re promoting. I was dead set on going to that event no matter what. I’m currently in college and I had a test early that same day. I made sure I studied up and was ready to go that same day right after class. I met up with my friends and we drove straight downtown to the Atlanta metro area. When we got there we couldn’t find the location or at least the spot where it was being hosted because a train was oddly blocking the parking space. We quickly found a parking space and climbed over the train to find our place in line for the event. To be honest, I felt like a rebel climbing over the train which made the hype meter for this event rise. When we finally got into the event I couldn’t believe my eyes. I was thinking here I am a guy who grew up playing this game and now I’m at a night event that’s promoting it, Godlike! I didn’t just play the game at the event ether I also made the most of my night there using my other talent dancing. I also took some pictures as proof of this Fight Club event. My love for fighters after that night just blew the top off. I’m so happy to see how much fighters have evolved yet stay true to the fans that’s been with them from day one. I hope I win this contest to show other people who are not into fighting games show how strong this community is. Heck, I hope this inspires people who are not into video games at all. The gaming community is growing very fast and I believe the whole world should witness this.

In this video you might catch me dancing at the Capcom Fight Club I attended in Atlanta, Georgia.

In this picture its me next to the lovely cosplayer Yaya Han.