Not so new DLC coming to PSN and XBL for a low low price.

Remember the pre-order deals that were voted on for RDR? Golden Gun Pack, Assisin Outfit and War Horse will be available starting Tuesday April 12th for the awesome price of $0.99 / 80 MSP each! 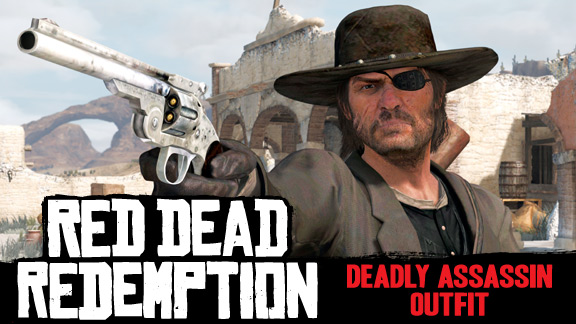 The Deadly Assassin Outfit
John Marston's Deadly Assassin outfit causes your Dead Eye meter to regenerate at twice the speed.  With more Dead Eye, you have more time to place each shot with total accuracy, making you the deadliest gunslinger in any fight. 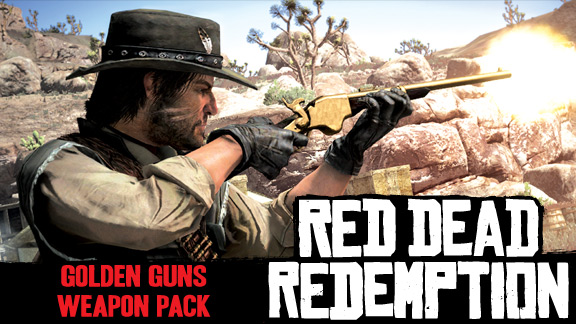 The Golden Guns Weapon Pack
Available for use in the Red Dead Redemption Single Player story, the player who wields the Golden Guns receives more Fame for each kill.  The more Fame you get, the more in-game side missions become available.  So there will be more opportunities to duel, more kidnapped townsfolk to rescue and you can bribe lawmen for less. 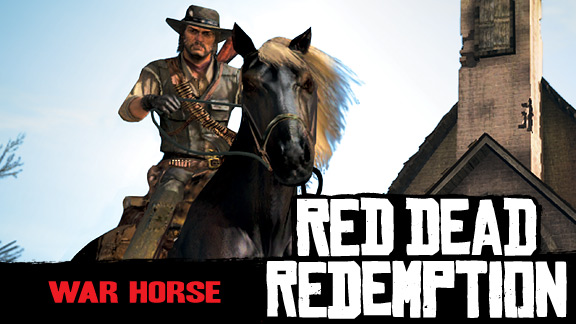 There are countless horses to be found in the massive world of Red Dead Redemption, but none is stronger, faster or tougher than the War Horse. Whether storming gang hideouts, exploring the wilderness for hidden treasure, or outrunning the law, the War Horse gives gunslingers an advantage in nearly every situation.

Any now you see why they are so cheap. This DLC is badass nice for someone who just started the game and wants some low priced bonuses, but for people who have been playing, this is easy to pass up. I'm not purchasing any of these, but some of you are. What do you think of it? Atleast they are still updating Red Dead Redemption. Leave a comment on what you think below.

Side Note: These were part of possible pre-order deals for RDR. Rockstar confirmed they will do the same for L.A Noire. But look how long RDR has been out until they made it DLC >_>