A remake of great games on the big screen?

Sony has annouced a that PSP titles are being remaster, which will be consiste of certian titiles, and will be making released in Japan first.

" 'PSP Remaster' titles will deliver rich and immersive gaming experience on the PS3 system through stunning high-definition graphics as well as through additional new features for these titles, such as operability on the PS3 Wireless Controller (SIXAXIS® and DUALSHOCK®3), new add-on content or stereoscopic 3D support. Users will also be able to utilize the same save data from the original PSP game for the 'PSP Remaster' version and enjoy the game on the go with the PSP system and continue the game at home on a large TV screen using PS3. Ad-hoc mode gameplay will also be supported through 'adhoc party for PlayStation Portable' application on the PS3 system."

Some remaster games will have add-on content and/or 3D. Also, Sony states;

"For Japan, the first 'PSP Remaster' title to be introduced will be Monster Hunter Portable 3rd HD Ver. from Capcom Co., Ltd. Monster Hunter Portable 3rd for the PSP system is the latest installment of the blockbuster Monster Hunter franchise, which has alone shipped over 4.5 million units in Japan since its release in December 2010. The graphics of the PS3 version, including monsters, fields, equipment, as well as Felyne Comrades, are more gorgeous and vibrant than ever, and will deliver dynamic gameplay when played on the large TV screens."


Now, we, North America and Europe, have to wait for further news, since this is only in Japan for now.

So what game(s) do you want in the new "PSP Remaster" series? Let us know, down below!
Mine is Monster Hunter! So I'm good! Hahaha~ 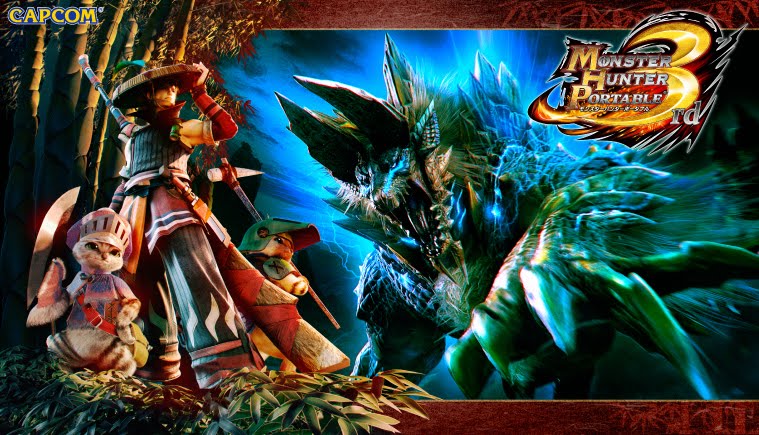