The game will retain mostly the same gameplay mechanics as it predecessor albeit with several changes. The weapon wheel from the first Resistance game will be returning after it was excluded from Resistance 2. There will also be new environmental objects such as chimeran plants which explode when shot at. The game will see a mixture of new and old weapons; returning weapons include the Bullseye, Magnum, Shotgun, Auger and Carbine, while one of the new weapons is the Mutator which shoots biological mists causing enemies to eventually explode causing splash damage, as well as a new grenade which is shaped like a food can which releases an arsenal of nails when it explodes. All weapons are upgradeable, and become more powerful the more they are used. In line with the survival theme of Resistance 3, humans are forced to assemble their weapons from whatever scrap they can gather. Frag grenades, for example, are constructed from bean cans with nails attached to them. Pre-order Resistance 3 and receive a beta access code as well as access to the Air Fuel Grenade, which releases a large cloud of flammable vapor, in Resistance 3's single player campaign. 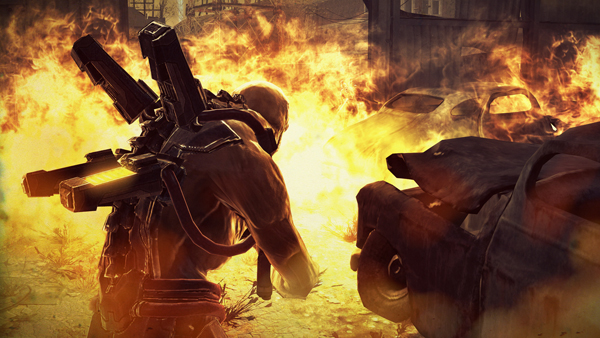 Capelli Necklace: Joseph Capelli wears a necklace of Chimeran teeth during Resistance 3. Show that you are the resistance, with this authentic replica that symbolizes the battle against the Chimera.*

Multiplayer Boost Pack: Allows you to start Resistance 3 multiplayer at Level 5. This also offers immediate flexibility and character customization options from the moment you begin the online competitive game.

*Honestly I don't know if that is a real life physical item of for your Avatar or for your Multiplayer Skin. Heads-up.