Special thanks to the WWE SmackDown VS Raw 2011 community for creating such amazing CAWs and helping us put together these great matches. Thanks to @FnJimmy for making all of the signs and syncing up music for some of the intros.

These videos are great and SmackDown VS Raw 2011 is a perfect game for something like this. We really enjoy making these videos every month. On a side note:

Visit DropTheBelt.com and play our exclusive Fantasy Wrestling game.
The most exciting way to watch the WWE.

Royal Rumble Championship matches simulated with WWE Smackdown VS Raw 2011. Edge VS Dolph Ziggler for the World Heavyweight Championship and The Miz VS Randy Orton for the WWE Championship.

Gouki.com thought it would be a cool idea to simulate some matches with Smackdown VS Raw 2011 before Survivor Series 2010. Unfortunately the game is so outdated already we could barely recreate 3 matches.

Smackdown Vs Raw 2011 is so outdated it's not even funny. Rob Van Dam is a selectable character and he's been on TNA for longer than I can remember. They have to offer DLC for characters like Wade Barrett who is a title contender or Lex Luger, a wrestler nobody really wants to use. All of the tools are in the game to make whoever you desire. I can't believe that at the last second of development and by that I mean couple of months. They can't slide Wade Barrett and few of the other newer wrestlers into the game.

There are amazing videos on the internet of random Jimmys creating which ever wrestler you can think of. The developers couldn't do this? The devolpers were real lazy when it came to a couple of the Superstar designing modes. Don't get me wrong it's super in-depth, from creating your out-of-the-ring outfit, to your titantron intro and even the signs, fans hold up for you while you are wrestling. But then the music and other attributes in the game are labled, Superstar 1, Superstar 2 etc. So I have to write down which is which, Yuke's couldn't have done this? Yuke's btw, helluva name for a company. Another notable MIA wrestler is DIVA co-world champion Layla she's been in the WWE since 2006. Again another wrestler that could be easily created in the Superstar creator mode. The championships are all old news in the game aswell. I think this could be something fixed with a simple DLC or patch. Enough of me blithering blathering about this game, I don't even care to play. These are just my simple takes after watching FNJimmy play for a few hours.

Our goal this night was to recreate the matches for Survivor Series 2010 and let the computer fight it out. Similar to how some people with do Madden's and the Superbowl. Smackdown VS Raw 2011 just came out a few weeks ago and the first PPV after it's release we were only able to recreate two legitmate macthes with the wrestlers available in the game. Personally I think that sucks. I hope you do enjoy these matches below though. We had to make our own Wade Barrett and we couldn't do a guest referee match. I'm sure you will agree after watching these matches that they are pretty accurate in the real world of Professional Wrestling. Thanks for reading and watching.

The first match Gouki.com recreated for the Survivor Series 2010 on Smackdown VS Raw 2011 was to test everything and see how it works out. This by far is the funniest mtch of the night. If this actually happens at Survivor Series I will dedicate my life to recreating every possible WWE match as long as I live. Watch the match and enjoy some of the most amazing AI in video game history.

Edge and Schick bringing you DLC for PS3 Games

Don't want to just buy PSN cards for points? Sony has promotions with Edge and Shick now for your DLC needs! 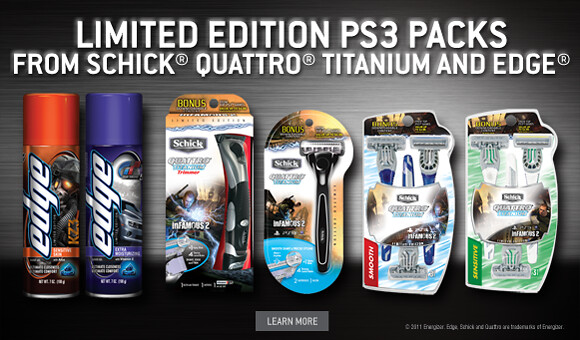 Killzone 3 has been doing a slurpee promotion, but now Killzone 3, Gran Turismo 5 and inFamous 2 are having a whole new set of awesome. Edge Shaving Gel and Shick Quatro products will have special attatchments to them. Purchasing these manly products gets you DLC for the game shown on it. The DLC are as follows : 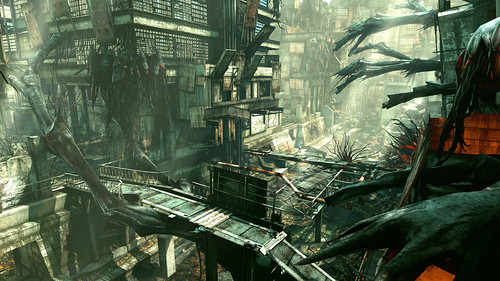 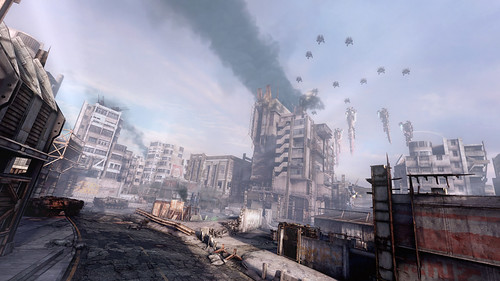 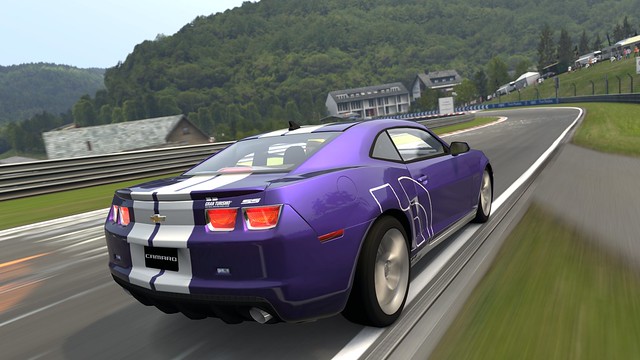 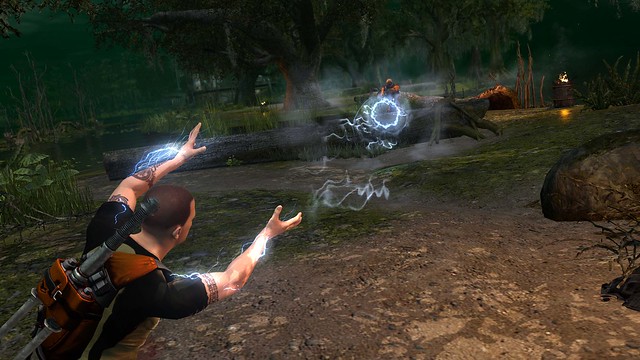 Buy some shaving gel and get a Sniper Blast, win win situation right? Leave a comment below on what you guys think of these promotions. I'm loving it, first it was getting bonus xp in Killzone 3 for buying a slurpee, now rewards for buying a new razor? ( which I NEEDED) Keep in mind that it isn't a rip-off, Killzone 3 map pack costs $5, some of this stuff costs about the same.