MetroCon… You know you like futile Japan when the theme is Ninjas vs. Samurai!

What is MetroCon and where is it?

MetroCon is the largest anime convention in Florida. Located in Tampa Convention Center, Tampa, Florida, it will be their eighth year. MetroCon will be rocking out and jamming with special guests, artist, cosplayers, music bands, and more!

MetroCon will have an all-star cast of special guests.

First, lets start off with the talented Yaya Han. A cosplayer, costume designer, model and entertainer, she travels all over the United States and in other countries too, showing her talent and skills of designer of ten years! Her passion burns deep and she’s not afraid to get in the line of judging costumes. She will pull off and amazing feat this time. With Comic Con and MetroCon going on the same weekend, she’ll finish off her weekend with us! A first for her! What a gall!
http://www.yayahan.com/

Second we have Spike Spencer. The first time you meet Spike, you’ll never forget. His style is unmatched. A voice actor since the early nineties, his voice talent lead him to animes and video games, such as Evangelion, Suikoden, Orphen, Mar ,  Buso Renkin, Bleach and many more on anime. On the video game side, he has done video game voices on World of WarCraft: The Burning Crusades, Tales of Vesperia, Steambot Chronicles, Star Ocean 2, BlazBlue: Calamity Trigger and much more. This guy is worth shecking out because of his panels that include but are not limited to "How to Be A Frickin Genius Voice Actor, Step One", "What Happens At The Con, Stays At The Con?", And "Don't Kill Your Date (And Other Cooking Tips)". Can’t pass up this opportunity!
http://www.spikespencer.com/

Let’s break this heavy text with some Jimmyfied slide show.

Next we have the dynamic KellyJane and TealPirate (aka Kelly and Jenn) are two cosplayers from the UK, and are rated as some of the highest-ranking comedians on YouTube. Just check them out on their channel! Here http://www.youtube.com/user/JenxtheJinx

They are well known for their Kingdom Hearts shows "Demyx Time" and "The Sora Show". They write, film and edit everything themselves, along with the rest of their cosplay group known as Parlé Productions. Between them, their cosplays cover a wide range of shows from Kingdom Hearts, Final Fantasy, Star Wars, Ace Attorney, Legend of Zelda, and a ton more!

Check this Jimmy out with his pictures of 2009 MetroCon.

Hope to see you Jimmys there!
Peace!

This is an exclusive Gouki.com LLC production. It will feature WWE Superstars and Divas. You can commission your own league or join an existing one. Please check it out and help us test our first ever game.

Build your own fantasy wrestling league on DropTheBelt.com. DropTheBelt.com is an official Gouki.com "other" site that is dedicated to all things professional wrestling.

The Fantasy Wrestling game has been in predevelopment for over six months and Gouki.com is proud to announce that we will be having an online beta soon. I would like to encourage everyone to come check it out, especially if you are a fan of the WWE.

You can follow then end of our current season now on DropTheBelt. There you can also check out the Rule Book and see how we've been keeping score on the shows.

So get over to DropTheBelt.com right now and register. 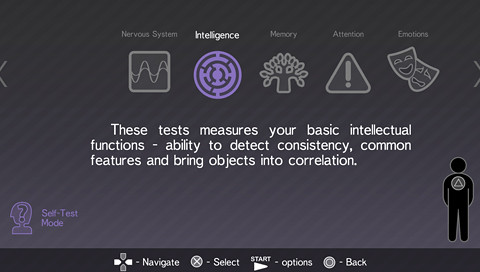 Basically, Test Yourself:Psychology (TYP) is a system where you go through a series of tests involving questions, sound, motor skills and reactions etc. The game monitors your progress ( you even get trophies) and reviews things such as your nervous sytem, giving you basic ideas on what motivates you, or challenges you.  You get to interact with it, changing your outcome depending on your mood or sensitivity at the momment , which makes it interesting. The game will be released in a series of packs, the first pack released is "Nervous System and Intellect" for $2.99. New "block tests" will be released monthly for downlaod. It is stated that players who complete all 12 blocks will have a full psychological understanding of themselves. But what makes this more serious besides your daily Horoscope? Playstation Blog states that this system is

"serious scientific product developed by a team of professional psychologists and counselors. The product’s affordable price is part of an effort to support increasing public interest towards psychology"

Check out the video below to see what its like. I think it's a pretty cool idea, something not too bad to throw a few bucks into, but if all the packs cost money, I'm not going for it. Leave your thoughts in comments below :D

Remember reading The Great Gatsby by F.Scott Fitzgerald in highschool wishing " if only it was a video game...." ?

I'm speechless. It's a fake NES online game modeled after the book Gatsby created by Charlie Hooey, Pete Smith Dylan Valentine and Michael DiMotta. The game is made in old fashioned platformer style, jump, shoot and collect coins. You play as Nick Carraway, traveling through West Egg killing butlers and showgirls...with your flying hat! It's actually pretty damn fun and has some bosses. The first level probably has the catchiest song I've ever heard in video game history. Even if you haven't read that boring book, feel free the check out the game :D