Gouki.com gives you its favorite games of 2011, plus your votes.

BatRastered says: I played the first inFAMOUS because I got it for free on the PSN when they came back from the hacking debacle. It was probably the most fun I've had on the PS3 since I've owned one. Naturally when inFAMOUS 2 was released I had to play it. While it didn't leave the same impression on me that the original did, I still loved it. It's too bad the user generated content didn't live up to the hype.

GoukiJones says: I didn't play it. Well I actually I did, I beat the shit out of it at CES 2010. Exclusive! After that I wasn't really interested. I watched Batty play it a little and I still wasn't interested.

GoukiJones says: Wow! I couldn't have been more disappointed in myself after playing this game. I said it 2 years ago at E3 when I first played this game. "It felt stiff." Oh and it certainly was.

BatRastered says: A game that goes from one of GoukiJones' most hyped games to us returning un-opened copies to Amazon in the space of a few hours has to be nominated. The movement was supposed to differentiate this game, I knew it was in trouble when the Crysis 2 came out and did the same thing (vaulting, etc). 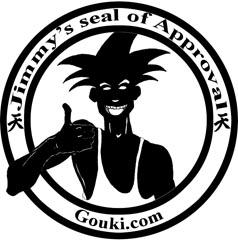