Halo: Reach to be patched with new balance, and an old friend!!

At PAX's Halo-Fest, 343 Industries announced that a title update will be heading to Halo: Reach, changing some of the balance of the games's weapons and armor abilities. 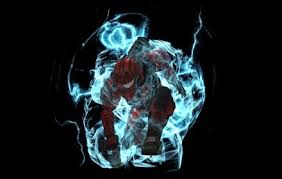 It looks as if the Armor lock ability will be nerfed quite a bit. first of all, plasma grenades will no longer detach from the player if they use armor lock. This I feel should be necessary because This is one of the abilities that I hated to deal with the most. Also, The duration of armor lock will now be based on how much energy a player has instead of a set time, effectively diminishing it's usefulness.

All they are going to do is shorten the amount of time you are in Active Camo mode. I don't know if this could be a good thing, or a bad thing.

and now, other balance changes:

Players will no longer block another players sword with any other weapons except for another sword. To me, this makes if feel more like classic Halo mechanic, seeing as how in Halo 2 and Halo 3, you couldn't block the sword with anything but the sword.

Players will also be able to change their reticule's "bloom", allowing for increased accuracy during rapid firing. To be honest, I could welcome this inclusion.

A shield bleed-through effect will be included in the update, meaning that any damage that takes out the last portion of your shield can be carried over to your health.

The last update is for those who like the magnum in Combat Evolved. the magnum will get a boost in it's power, being one step closer to it's original power. This is one of the best things I've heard for reach in a long time. Sure, the magnum is good as it is now in Reach, but with this upcoming update, It's probably going to be the go to gun, perhaps more than the DMR.

The update will kick in starting in October.

Leave your comments in the bottom, and don't be a Jimmy!!