I love Doujin fighters and not too many people talk about them. Here's my review of a game I've been playing for a couple of years; BigBangBeat. Maybe it will get some of you interested in doujin fighters.

If you aren't familiar with Doujin fighters, they are fan-made fighting games that for the most part you can download for free online. A lot of them are actually pretty good and some are turned into official games (Like Melty Blood). Unfortunately many doujin's don't work well or have sketchy fighting systems. I bring you my review of one of my favorites: BigBangBeat- 1st Impression. A PC game. 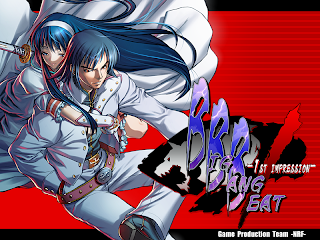 STORY:     Well, this game is based off an Adult game called Daibanchou: Big Bang Age  where a black hole appeared in Japan and shit goes down and people have sex. With that being said this fighting adaptation doesn't have a story really, just some dialog between characters in story mode (which is just one battle after another)

CHARACTERS:    BBB is a 2d fighting game with 10 characters (4 secret ones) and all of them are balanced very well and each is unique. Since most people are unfamiliar with it, I'll briefly go through them.

There are 4 secret characters- A slightly better version of Heita Zinnai( SUPER DAN), Devil Daigo (who is also the final boss and extremely overpowered), a cute little fish named Manbou and  Hammy, an adorable clay-pot who battles. - To get these hold down B-button and press a direction -

CONTROLS AND MECHANICS:    Now that you are familiar with the lack of story and characters, here is how the game works.

The game follows a simple A B C button combinations and familiar controls ; quarter rotations, full circles, half circles and SRK motions.

P Gauge: Orange bar under your health bar. It depletes with the more supers you use. If it is too low you can't do that certain move. The good part is, you can charge the meter back up. Also when it is charged and filled, it will take some of the damage of an attack instead of going straight to your health, it's a bit of a life saver sometimes, but charging is extremely slow.

Attack Power Correction: When P Gauge is full, charge it and rapidly press directional buttons to sacrifice some HP for a power boost.

Super Bar: It's called a "B-Gauge" and works the same way super bars work in every game. Builds by hitting or getting hit. But here is the interesting aspect. When you get hit tiny little diamonds pop out of you (some worth more than others) When you pick them up, a counter goes to your gauge. When gauge fills you have another super bar. It is interesting how it can effect your gameplay.

B Dash: This is a dash is faster and farther than the regular dahses and can be used in the air and cancel into any move! The only cost is that you need 1 super bar to use this dash.

B Counter: While blocking press B button, this lets you escape block stun and fight back.  Costs one point.

B Escape: Straight up break out of an attack. But it costs 4 bars; ouch. 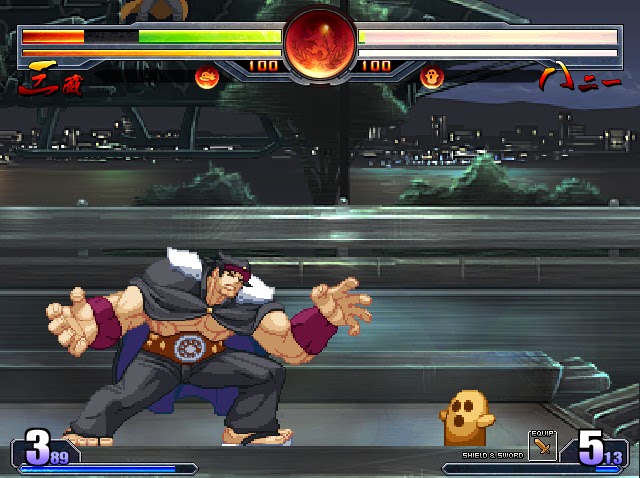 And that is basically it. The game was free when I got it, so I would say " BUY IT" but after being turned over to another company, the only downlaods I can find are torrents and share-sites. The fan sites do have legit patches though.

As far as downloads go, the game was turned over to this company, who have a web version beta of BBB2 currently going but no date for full official release:

Here is the English fan-site: http://www.bigbangbeatbase.com/