Disgaea has been DragonKiss 83's favorite strategy rpg series. The characters in the first were the best, but DragonKiss 83 thinks that #4 is giving the entire series a run for the money.

Nippon Ichi created an awesome legacy with the first game of the series and I've been hooked ever since.  Laharl Quickly became one of my favorite video game characters.  He was joined by Etna and Flonne and the three have been back in each game.

DESCO was probably one of my favorite characters in the game, she was a weapon built to be a final boss, but that went wrong so she eventually ends up on your team.  Fuka refuses to except that she is dead and convinces herself it's all just a dream.  But all of the characters bring some impressive moves into the mix.  And your standard character classes have been revamped.  Back in are the dragon and nekomanta (cat-lady) but the Angel is still MIA.  Some of the other classes have been switched around but in my opinion it was for the best.

As far as the gameplay goes most of it follows the standard set up you have had before.  The Item world will let you choose your path for building your innocents (boost the items) or the item itself.  When you get the chance to have your own pirate ship you can customize it instead of just taking it from the pirates you defeat.  And there are some online interactions to take advantage of PSN, but so far I'm not using them to much.  Instead of the classworld from the last game you get a cam-pain room (think of a battle map) and you get these icons that have different effects on your team depending on the placement.

Without to many spoilers lets get into the story.  Your main character Valvatorez is a former Tyrant but has been busted down to a prinny instructor.  Fenrich is his servant and a werewolf, although only one of his moves really ever shows anything for it.  When the prinnys disappear you go on a quest to save them.  Along the way you find out that something is off with the corrupterment (government) and decide to fix it.  You collect sidekicks as you go and they each have their own reasons for joining you.  But as you make your way through the game they start to develop bonds that join them and bring you some comedy.  The story wraps up nicely and covers the back story and loose ends as you go.  I'm just now getting into the extra maps and story after the main story and collecting the characters as I go.  I managed to get through the game with minimal level grinding and most of it was done in the item world to build them up and find new stuff.  About 70 hours in the game and I can see a ton more ahead of me since I want to see the full epilog and all the endings.

Disgaea 4 is a BUY ME if you own a PS3 and enjoy strategy rpgs like Final Fantasy Tactics or anything along those lines. 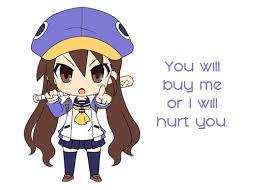 If you pick up the game feel free to add me and I'll even send you some items to help you out.