Are You Ready? Then Let's Get It On! 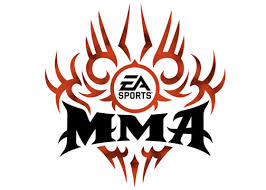 It’s time to bring the pain with some MMA.

It’s hard not to compare EA Sports MMA to the UFC games, but it’s inevitable. They are both good games in their own right, but how good is MMA? EA has out done themselves with MMA, great gameplay, great game modes, great features, and an online system that actually works. Is this game perfect? MMA is a great game, but there are still things that hold it back from being the number 1 contender of the Mixed Martial Arts genre. Find out why down below.

EA MMA has a career mode that is almost the exact opposite of UFC’s game. There are a few similarities, such as creating a fighter, choosing their gear, and celebration victories. MMA, however, has a ton of options that UFC didn’t have. Things like photo game face, which allows you to put your face into the game, character entrances, the ability to have your full name called out instead of just hearing a nickname. Speaking of nicknames EA MMA has well over 100 nicknames to choose from, including my new personal favorite “Too Lazy to Pick a Name”. It is pretty sweet hearing the announcer call out my full name when I dominate my opponent.  It’s something that I would have liked to see in the UFC game. When it comes to actually playing through career mode, MMA stands out. Instead of feeling like you’re grinding to make your fighter better, with a boring schedule of train, rest, train, rest, fight. MMA legend Bas Rutten has you on an eight week training schedule, that doesn’t have you micro managing your fighter’s stats. Instead what you are given is the ability to choose what you want to train, and then you actually perform the training regimen in real time. Not only does this help keep the career from feeling like a chore, it also helps teach the games fundamentals.

When it comes to learning new moves for your fighter, you have the ability to travel around the world to train with some of the best gyms in the world. All Ranging from gyms in Brazil, Japan, Thailand, England, and even Randy Coture’s gym Extreme Couture, and more. Each fight is chosen for you by Bas Rutten, which at first seems a little boring, but each fight really tests your skills that you’ve learned during training. You chose which leagues you want to start in, and as you climb up the ladder to earn a title shot. Once you acquire the belt, you then have a choice between two more leagues to fight in. The beauty of this is that you’re not just fighting in the same league with the same rules. EA MMA gives you the chance to travel the world and experience mixed martial arts in a whole new way.

EA Sports MMA offers gameplay similar to EA’s Fight Night series, where you control your fighter’s strikes with the right analog stick. MMA calls this Total Strike Control, where your punches and kicks are all tailored to the right stick. At first it may seem confusing to most people, but with a little practice the controls become easy and fluid. Every strike feels like the real thing, every slam, takedown, and submission has a realistic feel to it. For those who prefer to use buttons to strike and grapple, the game has a button configuration for you. Speaking of buttons, with the default control setup you achieve takedowns, submissions, clinches, and reversals with the face buttons. It sounds simple, but EA Sports has managed to take the button mashing out of the game, and give you gameplay that takes having an actual strategy.

When it comes to applying submissions in this game, you have to press a button while making sure you don’t drain your stamina. What this gives you is a sort of chess match style play with your opponent, rather than seeing who can mash the buttons or spin the stick faster. At the end of the day, you won’t have blisters and bruises in your hands. Which is a great thing because the clock in this game isn’t accelerated, you are in the ring for the full 15 minutes.

Another big thing that I enjoyed with this game is that you don’t just fight with the same rules every time. EA MMA has delved further into the sport of mixed martial arts with rules from Japan, Brazil, and even Europe. What you get is a whole new appreciation for the sport. It’s also fun to go to Japan and have the right to soccer kick your opponent in the face while he is down, which is against the rules here in the US.

Overall the gameplay is solid, but it may be difficult to pick up at first. Making the UFC game a better choice for the casual gamer.

The audio work in MMA is pretty good. With your rock, metal, and hip-hop tunes that complement the sport itself. The commentary is done by the legend Mauro Ranallo and Frank Shamrock, which is pretty good for the most part. The major problem with it is that sometimes they state the obvious way too much. “He went for a kick. He threw a hard punch.” Not as bad as that, but you get the picture. Bas Rutten on the other hand offers a great voice over performance, and actually gets you into the sport of MMA.

The game looks great, but suffers from some bland looking fighters at certain moments. What is done well is that with every strike, every block, and even grapple you can see the muscles in the fighters tense up. A big problem though is that while there is blood in the game, you can go a full 15 minutes of a fight and barely see any of it. Whether the blood is on the mat or on the fighter. To be honest I find that a little disappointing. Not to mention there is no between the rounds corner cam to even see if you’ve damaged your opponent. Not too sure about the decision to do that. What I did find weird though is that during the replays I when the fighters look their best. It’s odd that the fighters don’t look as good throughout the entire fight.

This is where MMA really shines. Online play in the last UFC game wasn’t good at all. It barely worked and when it did the match would disconnect before they really got started. In MMA you don’t have to worry about that. The best mode so far would be the EA Sports Live Broadcast, where you get to watch real fights streamed live with actual commentary. What makes Live Broadcast so cool is that it’s allows the users to make their own hype videos and post them online. If they make a video that is cool enough or gets enough votes, EA will choose that person to participate in a Live Broadcast where they will fight real people in front of a real audience and win real prizes. It’s a really cool feature and I’m looking forward to seeing if it can take off.

With its great online play, good variety of modes, fun gameplay, and innovative methods of presentation EA Sports MMA is a sure fire pick for the hardcore fans. If you didn’t pick up the last UFC game and are looking for a fun mixed martial arts title with a lot of potential, MMA is for you. I usually don’t recommend buying EA Sports titles as they will have a new one every year, but MMA gets the job done for its first time in the Cage.