Review: Get Back On The Offensive! The Anomaly 2 Review!

11 bit studios are back with a sequel to last years’ “Anomaly Warzone Earth” simply titled “Anomaly 2”. Is this tower offense game an improvement over the original or is it a sequel that could have stayed buried? Find out in the Gouki.com Review

Earth has been hit hard by mechanical alien like creatures and now is a frozen wasteland. Humanity is struggling to survive and all hope is left on a few convoys searching for supplies to recover and rebuild the lost super weapon “Project Shockwave”. The campaign is 14 missions that recap a lot of the first game while easing new players in so that nothing is missed. It’s roughly 5-6 hours which is short for a game like this. Although short it’s a game that doesn’t feel too stale with little recycling of any kind during the campaign.

Anomaly 2 is a reverse tower defense game and more of a tower offense game. You play as a commander where it is your job to get your units from the starting position to the safe zone. Unfortunately the only control over your units that you have is the ultimate path that you can take to reach the safe zone, which for some people that may be a little boring. You are given the option to change on the fly your unit’s path using the tactical map, but other than that you have abilities that can help your units reach the end. 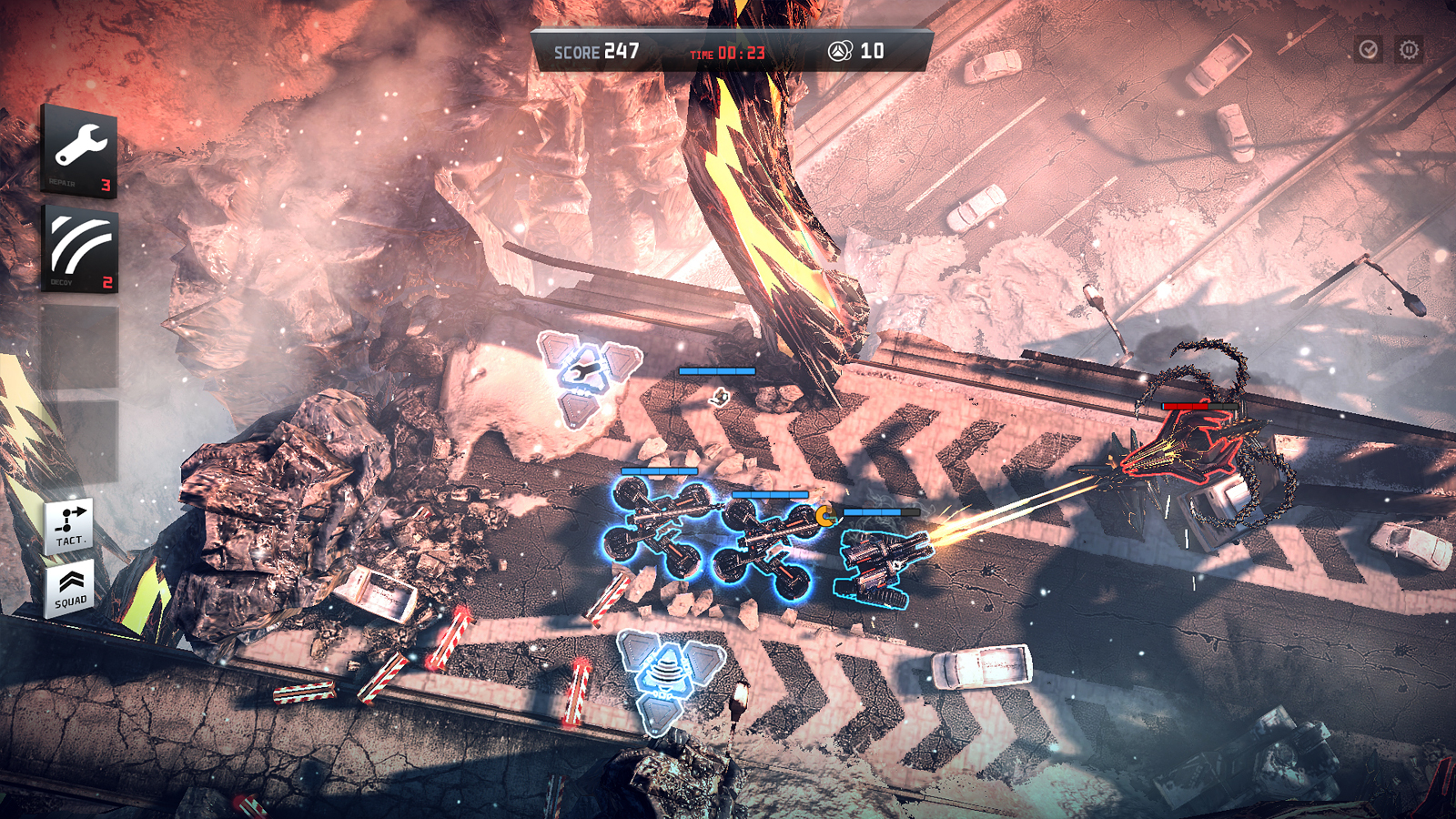 Unlike the first game you can now transform units on the fly to better deal with any given situation. For instance your tank units are strong against alien forces that are out in the open, but it’s necessary to transform into flamethrower wielding hell hounds for close quarters combat. With almost each stage brining in new units to use the campaign feels fresh at most times.  Most of the units were in the original, but with the ability to transform it almost feels completely new. Anomaly 2 is a crisp and sweet looking game, they really did a good job with the presentation of each map and vehicle units. Frozen wastelands, cities and jungles have never looked so good. The quality of sound is top notch as well, with a decent score that fits well with the game and doesn’t overpower it. The voice work is decent, but at the same time nothing that would take away from the games experience.

The best thing about Anomaly 2 is the inclusion of competitive multiplayer, which pits one player as the tower defense team vs another playing tower offense.  Playing as the human convoy side is very similar to the campaign, but playing as the alien units is a completely different beast.  The alien side has the ability to harvest supplies and create unique towers to try and stop the other team from either reaching the safe zone or scoring the most points. It’s a tug of war point system where almost everything you do gains you points and you can win by scoring a certain amount of points based on the map or either destroying the other team as the aliens or reaching the safe zone as the human convoy.

Although Anomaly 2 has added multiplayer this game doesn’t feel too much like a true sequel to the original. If you enjoyed the first game than you will more than likely love this. If you hated the original than you can easily pass on this as it is more of the same with a few new tweaks.  With its short campaign multiplayer is this games true saving grace as it keeps the game fresh and intense and is easily the most fun to be had here.