This game is still in development by Mane6 but they started putting out a lot of updates to their progress and on top of that they released a new video showing other characters.

Now of course I'm sure most will look at this and say what the hell are you posting about this girl crap? But trust me, this game actually plays well and is fun. I watch a livestream demo and got to see actual real time game play and considering this is a fan game made by a new developement team with no prior games I'd say they have some skills in the design and gameplay department. This may be a group to watch for in the future when they decided to make other games.

The game itself is freeware and I'm guessing it will be available on Windows PC's and maybe Mac's. Console versions would require getting a proper license from Hasbro. A free app version could show up on the iPhone and Android OS's.

Here's a scene from a livestream preview with the creators of the game. They talk and demo some of the features.

The guys at Mane Six have made a small update to the character list. Fluttershy is now Official and she has a Plot-load of animal friends that will jump into the fight to kick ass in her defence. That said, the creators assure us that she will not hide behind her pets. I'm guessing her pets will be an extension to her attacks possibly using her magic meter to summon them during combos. As is usual they are being tight lipped about the just how she will work. But they did say that her little bunny Angel will be a force to be reckoned with.

Below is a link to the annoucement from the developers. 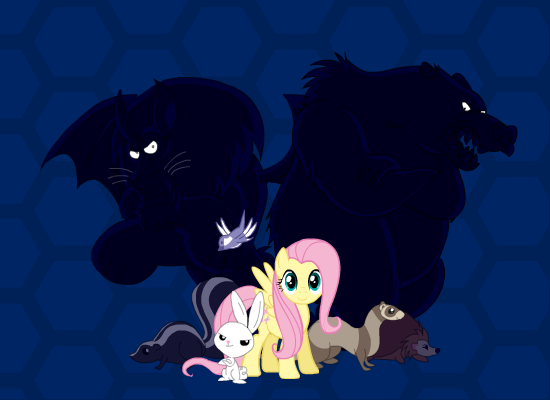 Equestria Daily just posted a picture of a Rarity themed Fight Stick for playing Fighting is Magic with. 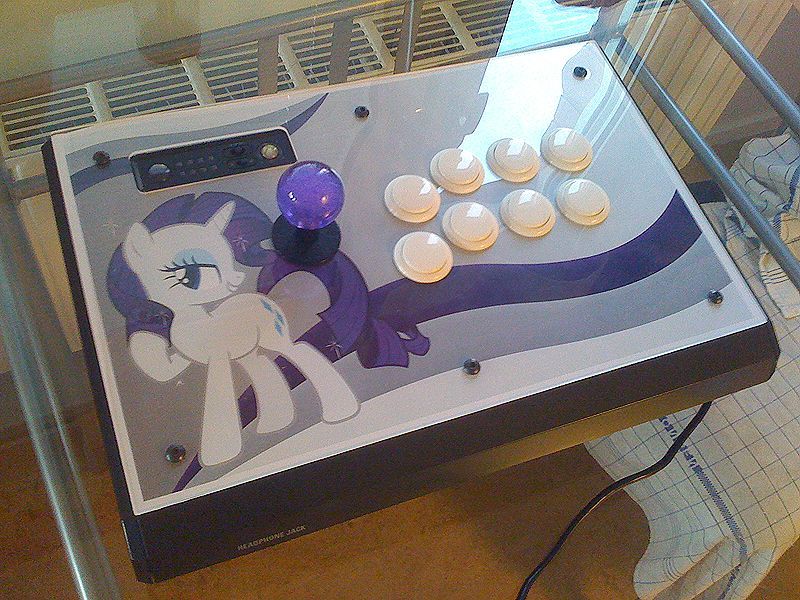