Final Fantasy XIII stands out from the pack!

I have been wondering for a while why there is such a mix of reviews for this game and I honestly believe that with Final Fantasy being a long established series, there are those that will get angry with any changes that may happen. So i took it upon myself to give this game a try. I am not a die hard FF fan but i have played a few including the critically acclaimed FF7. With that said this is one of if not THE best in the series and here is why.

Ah yes, what jrpgs and this series is known for and this installment delivers on story. Without giving too much away, on Cocoon, a small floating planet in the sky, the main characters gain powers from a god-like beast called a F'alcie that happens to originate from the world below: Pulse. Years ago both Pulse and Cocoon were in a great war trying to destroy one another.

What unfolds is a brilliant story that is very obvious was not thought of overnight. Enhancing the story is the "Datalog" which leads you read some back-story or get further information on current events.

Furthermore, all dialogue is voice acted. And yes they delivered. Each characters voice matches wonderfully with their characters and the acting is superb
(minus one villains voice actor in a scene figuring out what color code means what - Code red? no wait or is it code purple? What about blue?).

The story unfolds very much like a soap opera and an extremely entertaining and enthralling one at that. It is definitely geared more toward mature gamers, so those who have no emotions or are extremely childish or immature may not like it as much, but what has been written is truly amazing. The character development in this game is really good, rarely have i liked a cast this much Lighting and Sazh are just awesome. 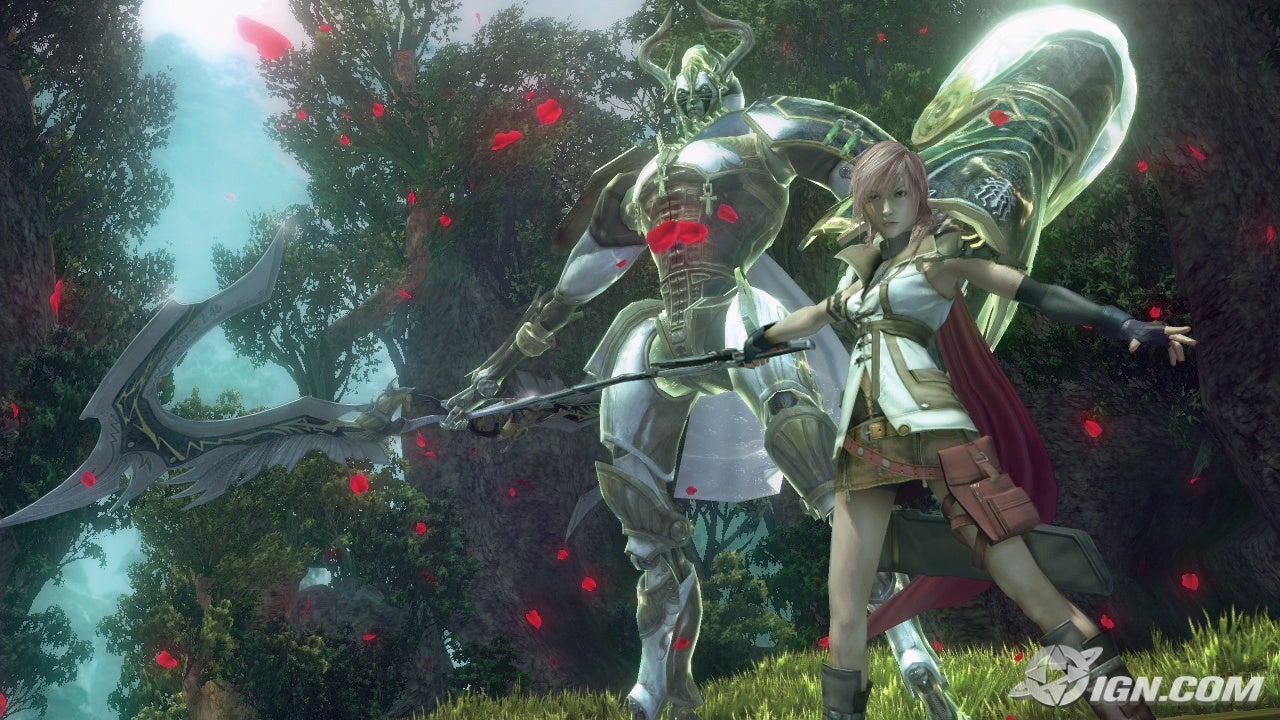 The Final Fantasy series always shines here and this installment is no exception. The music whether it be field music or battle music is all superb. The only complaint I really had was the main theme on the title screen is used a LOT in the game. Many different renditions of it but I wish it wasn't repeated as much. However, each rendition is beautiful and fits the story at that point so its not a terrible thing.

The battle themes are great too. The main theme is fun and upbeat with some killer violin thrown in. Later on you get a few more battle songs as well depending on the location and they are all awesome.

All I can say is WOW! The graphics are fantastic. The detail in everything is phenomenal right down to the character's locks of hair. It can be hard to tell when your watching a pre rendered scene or not. Each chapter has one basic look depending on the environment so the world around you can get boring at times, but it still looks great. 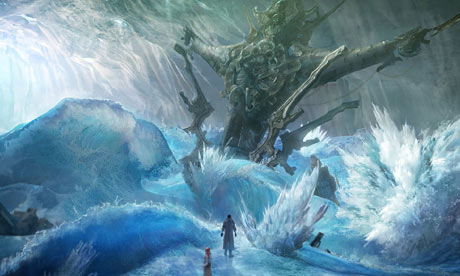 You will have great fun. The longer you play, the better it gets. And it starts out REALLY good. You don't need to get halfway through to enjoy it.

The way this game flows from battle, to scene, to cinematic cut-scenes all flow in such a way where you will not think to yourself "OMG THIS IS TOO LINEAR I WANT TO GO WHEREVER I WANT!"

You will just continue plowing through and getting more and more into the story and game.

Combat here is done superbly. Some say with auto-battle that the fun is ruined. To those who say this.....well don't use auto-battle!

To all others....the battle system is addictive as hell even using auto-battle.

Let's look at Final Fantasy 7's battle system. You control your characters. Move the cursor up or down and hit X to select attack, magic, defend, or item. Once doing so you pick the skill you want or item.

Here you control your main character, move the cursor up or down for auto-battle, class skills to use, techniques, or items and hit X.

Oh wait....its the same......Except here you can use auto-battle which generally uses (but not always) the best attacks for an enemy if you have identified its weaknesses.

And one more thing.....you can (and must) change your classes during battle! By hitting L1, you can access up to six groups of three classes you select before battle. Each class has different skills so you must chose what classes you need at the right moment....or you are dead.

In actuality, this makes the battle system here more advanced than any previous Final Fantasy game. This is because you MUST think on your feat, and you benefit from having the right classes. So you actually have more options than Final Fantasy 7 or 8 .... or any other in the series.

The battle system here is addictive as hell and this is by far the most difficult Final Fantasy game there is. Although in later chapters you can grind and actually make the main game pretty easy, those that don't grind will see how much more difficult this is than any other in the main series.

And of course there are bosses harder than the final boss! Some secret hunts will have you ripping your hair out until you become beastly strong and most of these you can't kill until you beat the game and unlock level 10 of the crystarium.

Speaking of the crystarium.....think Sphere Grid from 10. Except you can't delete nodes. It's an alright system. Not the best but each character has their own specific skills and stats so there will be times that its best to have a certain character in your team.

It took me a little over 60 hours to complete this game. So in terms of length FF13 delivers and its a fun ride all the way through. As for post game features you can complete 64 missions which consist of defeating strong monsters and even some STRONG, HUGE, and HARD monsters. In my opinion this is one of the greatest Final Fantasy's out there. The battle system is the most fun of any that I have played. It is fast paced like most other games these days and keeps you on your toes. The music is beautiful and the graphics even more so. The strong characters and major character development also enriches this epic adventure.

Let us know what you think and don't be a jimmy.