Hello everyone! Today, I have three huge announcements for you all - new characters, iPhone/iPod Touch Street Fighter 4, and details about the National Tournament!

I think many of you may already know about this from this week's Weekly Famitsu, but we have characters from the Street Fighter 3 series joining the fight! 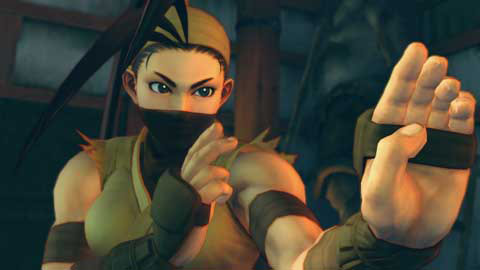 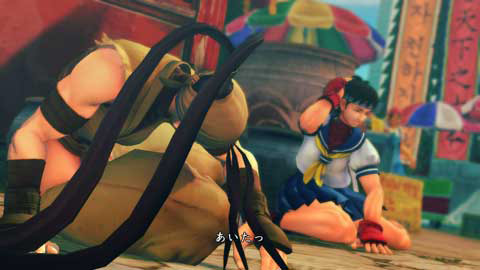 Her rival opponent is Sakura! 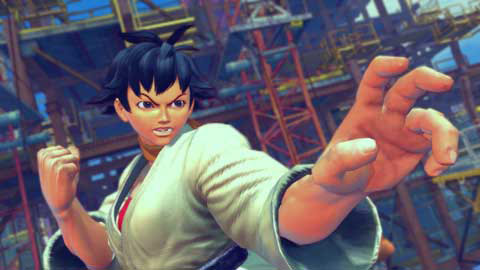 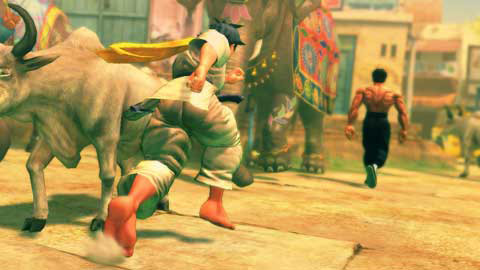 Her rival opponent is Fei Long! 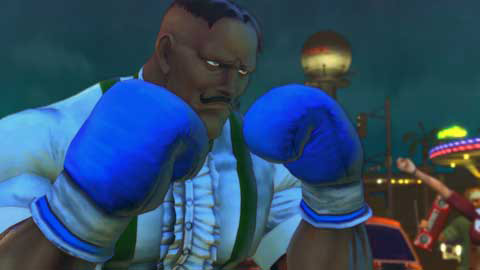 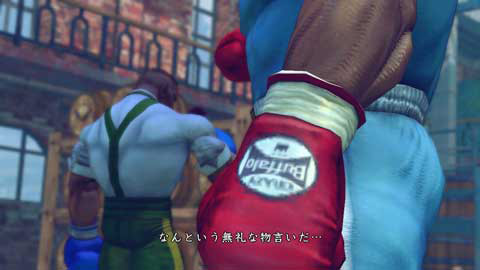 (Azrael's Note: The text in the picture says "What an incredibly rude thing to say.")

His rival is Balrog!

Maaaan, it took some courage to get these characters in the game. Mostly because they come from a game system that featured parries. They are very popular with everyone, and our development staff also wanted to give them a spin in the world of Street Fighter 4! I don't have to tell you though that adjusting them... yeah, vomiting blood levels.

So, that kunai I've been teasing you with all along... of course that was Ibuki's! 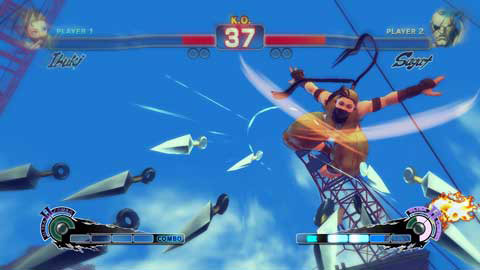 This is her Ultra II, where she showers you in a rain of kunai. 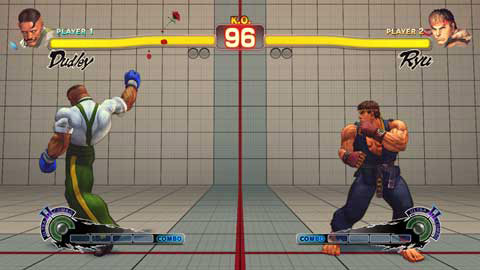 The move's name is "Rose of Victory". While it doesn't do any damage, when it hits it causes the opponent to pause briefly, giving you a change to get in there and attack.

And last we have a little bit about Makoto. While this has nothing to do with her moves... for her voice recording and her alternate costume, Makoto was the hardest out of all the characters, by far. 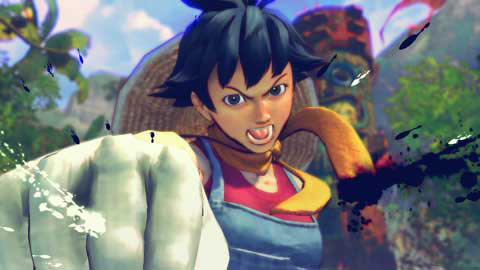 These guy's Ultra I, Ultra II, and sample voices are all on the official site under Characters, so go check em out and have fun training with them in your head!

Well then, let's get to today's second news point. I think there are a lot of people who already know about this as well! Our development staff has secretly worked on a version of Street Fighter 4 for the iPhone/iPod Touch, and we're finally pulling the curtains back on it! 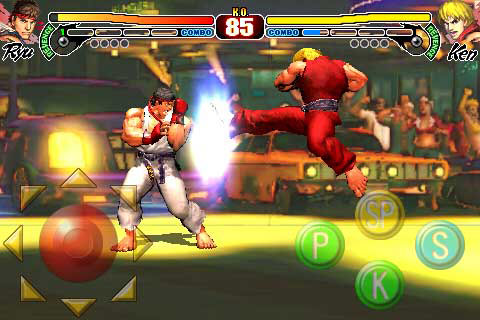 Unfortunately, there will be no arcade stick for this, but with Capcom's virtual pad, once you get used to it you'll be pulling off commands in no time!

And of course, you'll be able to enjoy random battles! With Bluetooth, you can take on those stronger than you at any time!

For those who know SFII but are unfamiliar with Street Fighter 4, we have an original mode The Dojo to help you become stronger! 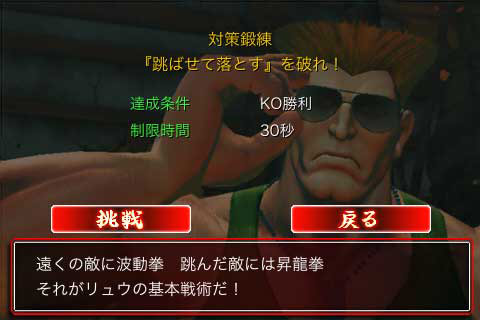 This is the Trial Menu for the iPhone/iPod Touch version. Use this dojo to perfect your skills!

Sale date is planned for March. While you won't be able to use all characters from Street Fighter 4, we will have more detailed info about the available characters released in the coming days, so stay tuned for that!

So everyone, put Street Fighter 4 on your iPhone/iPod Touch and enjoy heated battles around town, at work, or at school!

And for today's last announcement, with the Qualifiers entering into the final half, I'd like to announce details about the Street Fighter 4 National Tournament!

First up is the brackets. This time, we have 9 regional qualifiers, 2 spots for the dream team, and 2 spots for last-chance qualifiers. That leaves one mystery spot, for a total of 14 finalists to challenge for the title of strongest in Japan!

Yep, 2 last-chance spots. This won't be a lottery, we'll have a tournament for it. So if you want to participate, get a team together and wait for further details. Right now we are still deciding on the meeting time and what not! 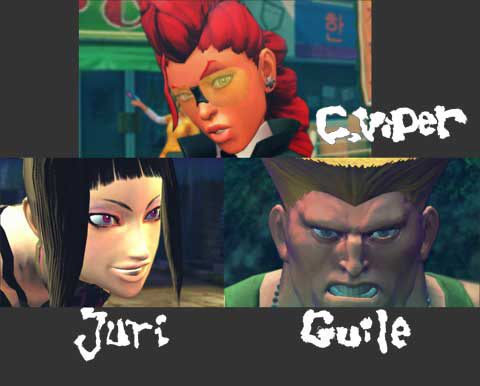 And we'll also have Lil Ono up there as well... just what kind of crazy stories will they share?! Its a special stage that's sure to be a lot of fun. To enjoy it together with us, please come to the tournament!

Yep, come out to the tournament! And for those of you who want to see high-level fighting with your own eyes, we have extra-special seats prepared just for you! This is a special seat that gives you a great view of both the fighting, as well as the special stage. And there's only 100 of them.

Those 100 seats aren't first-come, first-serve. If they were... we'd have some real fights on our hands! So! We are taking applicants for them on our Official Site's National Tournament Page! After a strict lottery, 100 lucky fans will be chosen!

The application period is from now until March 3rd (Wednesday). Read the Rules of Entry, get pumped up and please enter! We're waiting for your entry!

Even if you don't get the special seats, of course we have standing room available for you to view the action.

We also have other important information about the National Tournament Event on the information page, so be sure to read it at least once.

Well, that's about it for today's news announcements, right?

... Whoops, got one more! The Collectors Package is currently under development! 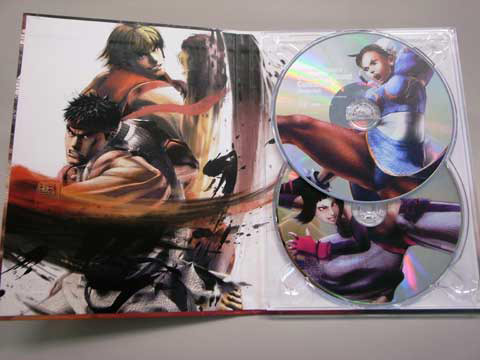 This is the character soundtrack collection plus all-promotional video collection! The Chun-Li and Juri label is pretty nice, isn't it?

But making this label actually took quite a bit of work. Please take a look at these three images. 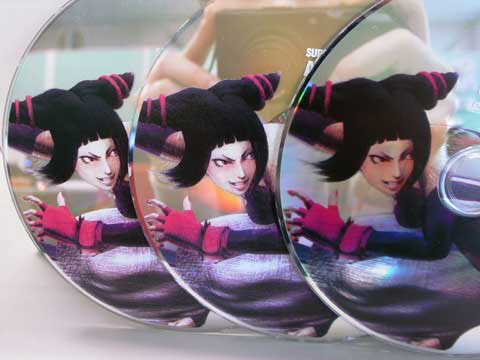 You may not understand well, but these three images are slightly different. Take a look at the one on the far right. Its not that its a bad picture or bad lighting. If we just put the illustration of Juri on top of the label, this is what happens. But its not very pretty, is it?

You can see the illustration most clearly on the 100% white, but it looks too much like a toy. You won't really appreciate the hatching touch of the picture. So that's why we'll be manufacturing it on the 50% white version!

You may not care about such small details, but everyone here has put our heads together to come up with something we can, in good confidence, say is the best, even for these little things. So we hope you have high expectations for us!

Well then, that's all for today's news. I'm worried it might have been a little too much, but right now we're in the middle of getting the most pumped up for Super Street Fighter 4 we can get!

Thanks for sticking with me until you were almost out of breath! See you again next week!