After breaking up with Activision, former Infinity Ward devs created Respawn entertainment. Here's a sneak peek at their first game.

This was probably going to be a surprise for Monday (June 10) during either the MS or EA press conference, but the digital version of the magazine got out a few days early. 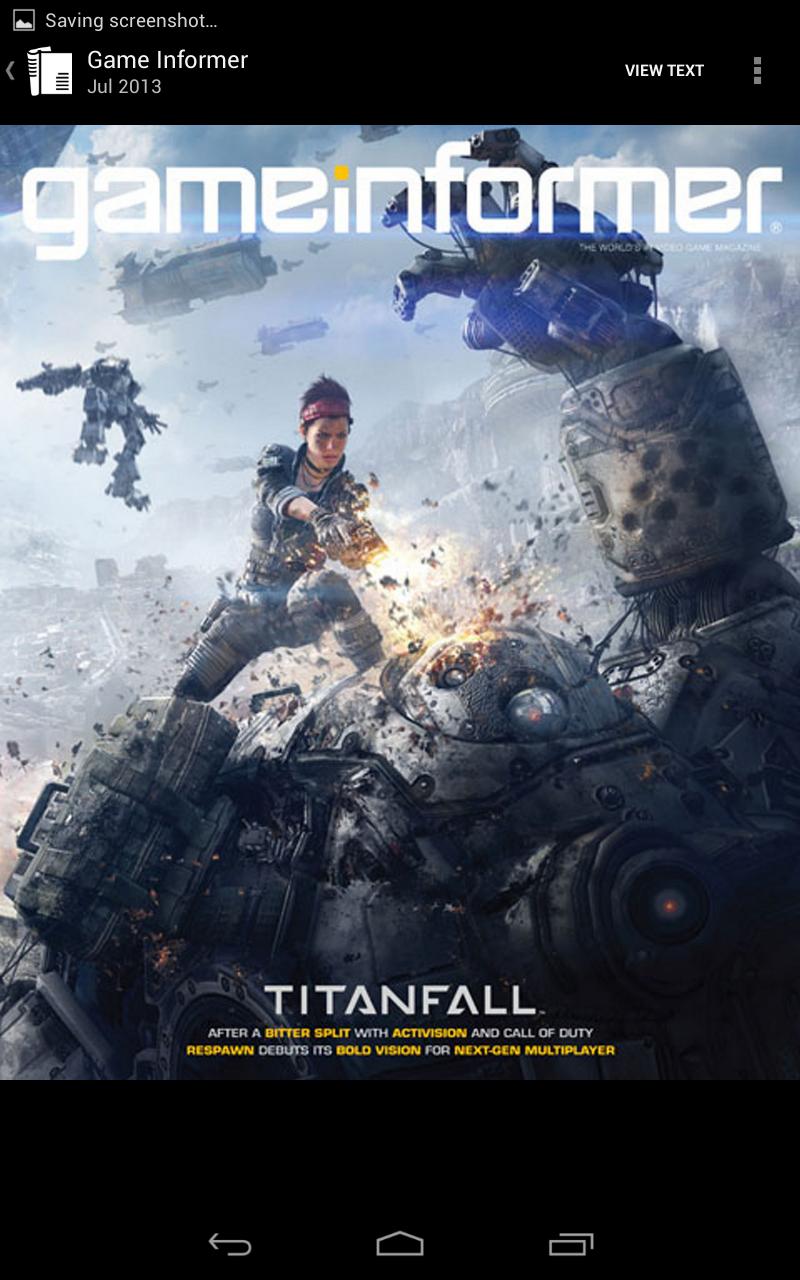 Here's what the lucky subscriber picked out of the article:

- Xbox One, PC
- Xbox 360 version developed by someone else
- Planned to target current gen, but realized that they couldn't run it
- Started to look into next gen and the answer they got from Microsoft intrigued them
- They said they needed to focus on fewer hardware. In the future they are open to more. They don't specify if it would be this project or another.
- Plan to use Microsoft's Cloud for dedicated servers and physics and AI calculations
- Campaign Multiplayer, "traditional" multiplayer mode, and a "One-Player Mode".
- Spring 2014 Release Date
- There are a good amount of screens. In my opinion it visually looks pretty nice.
- First person shooter
- "Mech" and ground combat
- "Mech's" are called Titans.
- They want these Titans to feel fast. They can dodge etc.
- If you don't want to pilot the Titan you can have it follow you, killing people as it goes along.
- Player characters are called Pilots (male and female)
- They are extremely agile. Can run on walls, multiple jumps.
- They can take down Titans. Jumping on them and shooting the "brain".
- You need to be cunning as a pilot. "Hit and fade" tactics is the term the game director uses.
- Pilots come equipped with a variety of weapons. Pistol, Assault Rifle, Anti-Titan Rocket Launcher, data knife used to hack AI characters into joining you.
- There are AI enemies on the maps.
- You survive longer than in COD. Making it more welcoming to newcomers.
- Source Engine. Building new engine = too much time.
- Source gives them 60 fps
- Modified Source - "Rewriting major portions of it".
- Article talks about the process of forming the team, being fired, prototyping ideas etc. I recommend reading it.
- Going for a District 9 or Blade Runner vibe.
- Integrate memorable single player moments into a multiplayer game.
- Storytelling style will be more Left 4 Dead.
- Humans segregated between Earth and frontier planets. Corporation trying to take the resources of these frontier people.
- Progression system. No details yet

Odd that there will be a 360 version after all the talk about how current gen couldn't handle it and they needed the "cloud".