The Third retains the blend of third-person action and driving sequences in open world, urban warfare format that is traditional in the Saints Row series. The player, as the leader of the Third Street Saints, can explore the city of Steelport, performing main missions that progress the game's story, and side missions. These side missions include Activities, mini- initiated at various points in the game world, Strongholds, rival gang bases that can be taken over to control a section of Steelport and; Flashpoints, on-the-spot gang warfare. Successful completion of missions can earn the player in-game money, weapons, cars, and gang respect. Previous Saints Row games used respect as a way to unlock story missions; The Third uses respect as experience points which the player can then spend to improve specific attributes of their character, such as melee combat or firearms skills. A leveling system is introduced, and the player selects these attributes, or 'perks', each time the player character is leveled-up. Money can be used to purchase clothing items, weapons and cars, or may be used to upgrade weapons and cars with unique features, such as adding scopes or extra barrels to a weapon, which are then stored in the player's arsenal. Money can also be used to upgrade the Saints gang, customizing their appearance, outfits, and headquarters. The "Initiation Station" system allows players to upload their character creations to The Third's online community, and download other players' creations to use with their save-game. Within The Third, the player can set up to four different appearance styles for their gang. Finally, money is also used to purchase shops and other properties within Steelport, which in turn will become a steady stream of income for the gang over time. 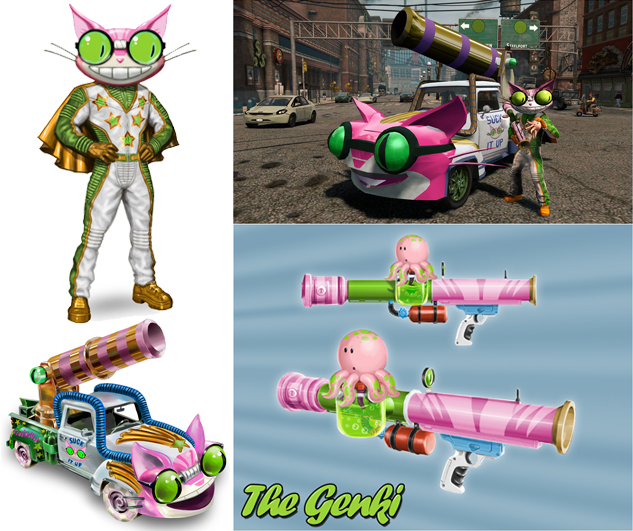 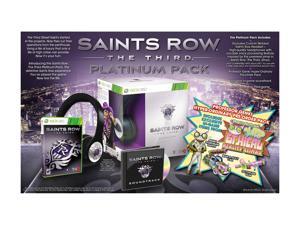