In SSX, players take on the role of a member of a team seeking to snowboard down a variety of real-world mountains, such as in the Himalayas and the Antarctic. Gameplay will include helicopter drops, avalanches, and the use of wingsuits. On June 3rd, EA released the first gameplay trailer since the first trailer in 2010 on GameTrailers TV with Geoff Keighley. The trailer released for the 2011 E3 convention confirmed the return of SSX veteran Mackenzie "Mac" Fraser.
The mapping and level design for SSX will be vastly different from previous entries in the franchise, featuring more open world gameplay and less barriers or invisible walls. EA Canada used geotagging data borrowed from NASA to generate 27 mountains from about 9 existing mountain ranges around the world. This data was only used as the basis for the level design, and the developers created their own terrain on top of it. Players will be able to use helicopters to travel to various locations on the individual mountains.
Recent footage released on June 5, 2011 shows pre-alpha gameplay.  Shown in the footage are helicopters, objectives, a new turquoise User Interface, much more extensive maps with increased graphical innovations such as improved shadowing and snow-spray, the return of the "combo" system allowing the build-up of trick points, commentary, dialogue, races, trick point competitions and graffiti. 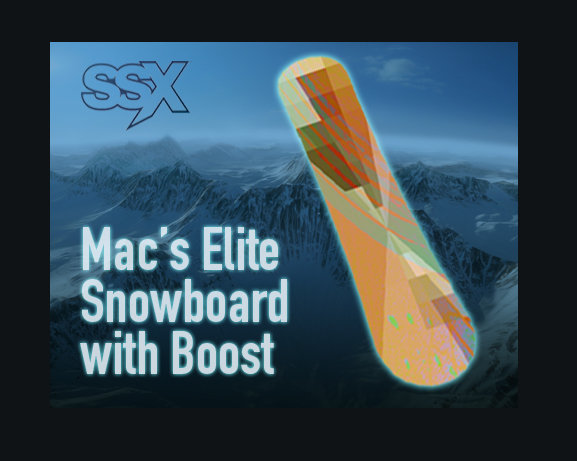