Sad news for all us hype for this XCOM Marvel game. 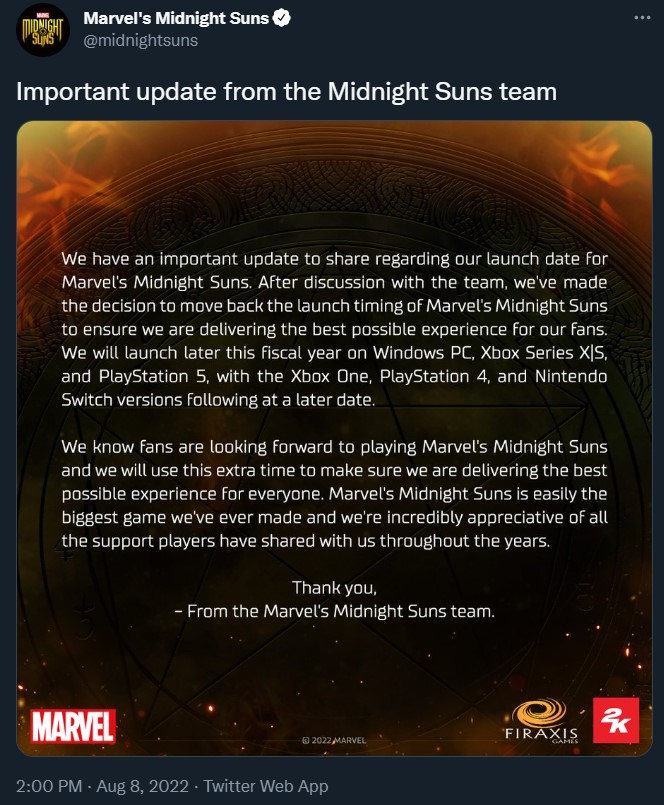 Marvel’s Midnight Suns was originally announced during Geoff Keighley’s Gamescom Opening Night in 2021. It was already in development at that point. So we’re looking at almost 2 years since the original announcement that the game will finally be released. A delayed game isn’t necessarily a bad thing, mostly because they need to fix and hone down a lot of stuff. You know how the saying goes “A delayed game is eventually good, but a rushed game is forever bad.” I guess we’ll just have to wait a little longer. The fiscal year ends March 31, 2023. 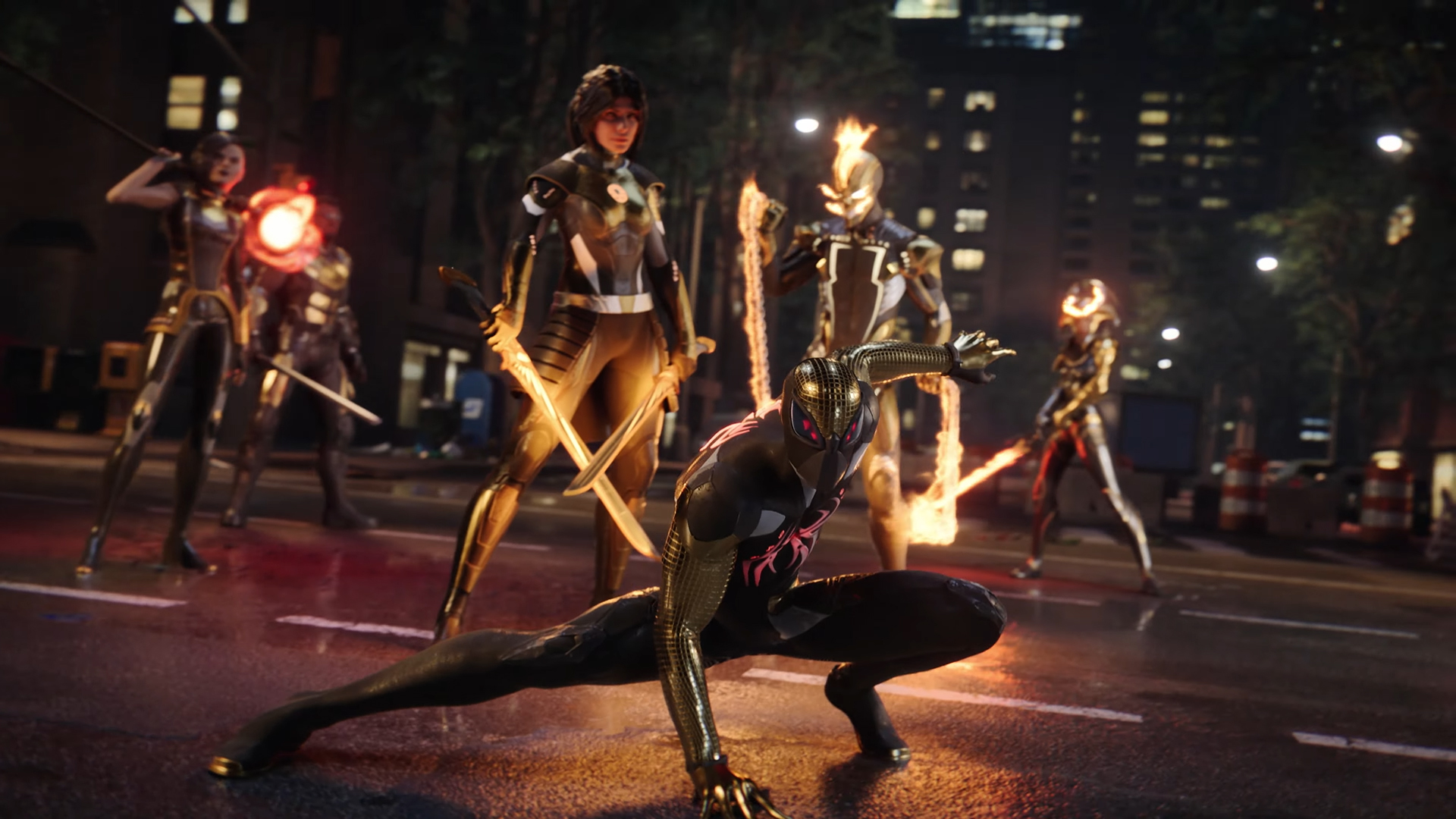 Did a double take on that demon Scarlet Witch. I didn’t realize what was happening in the moment. Then we see the guy on the left, who I don’t recognize right away. Big tonguey Venom comes through the portal and he just looks awesome. Oh that’s Sabertooth on the left, from the first trailer. Then the Hulk comes busting through with full-on demon horns. Plus this is my first time noticing a solid release date of October 7, 2022. I’ll be there. Pray to god Firaxis gets me good with this one.

Quick before Sabretooth goes into a Frenzy! 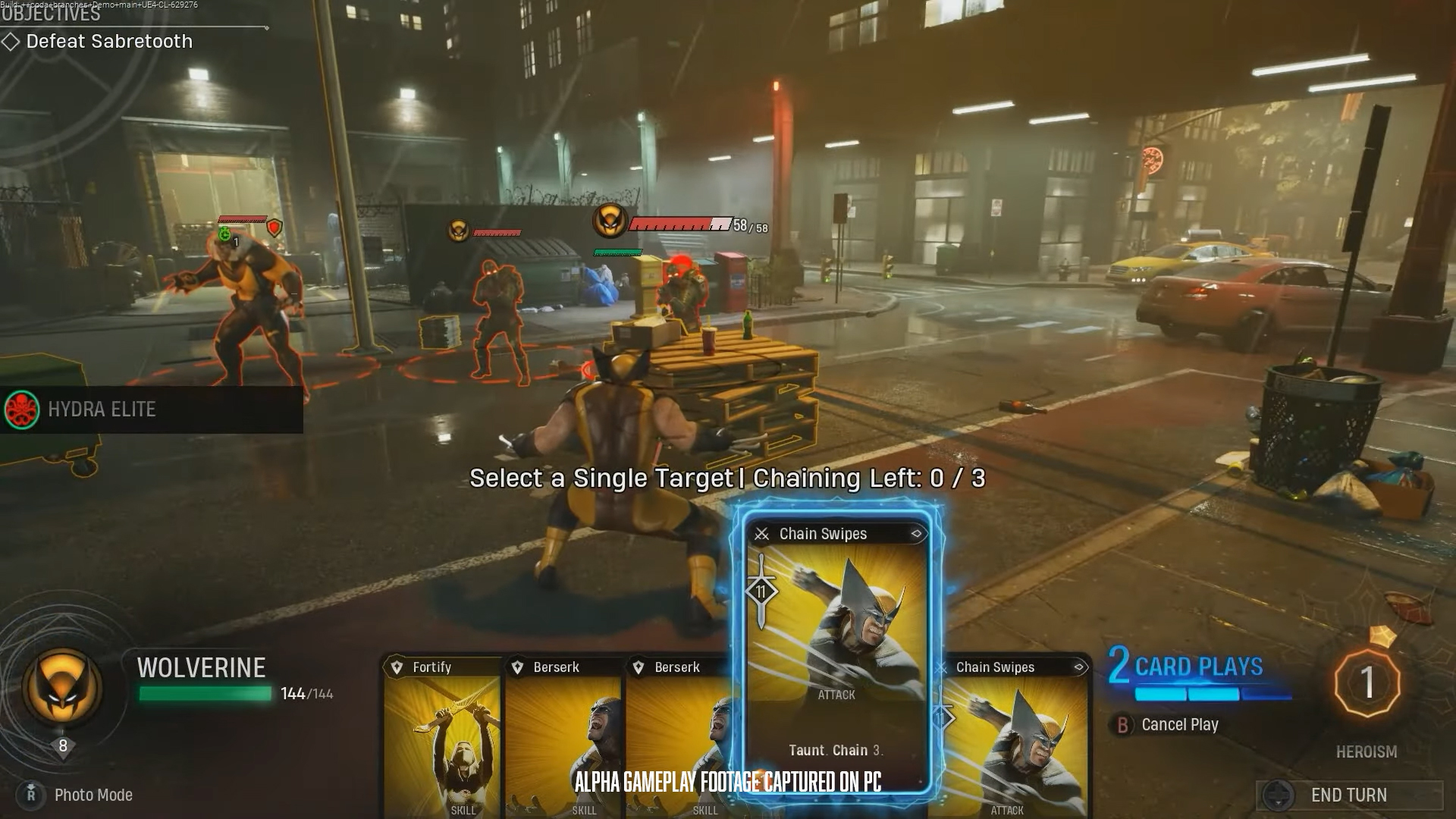 The most in-depth look we’ve got at combat so far for Marvel’s Midnight Suns. The action does look a lot more fast-paced than expected and that’s a good thing. Something that bothers me looking at this trailer is when The Hunter is walking around in the courtyard and her animation just isn’t smooth. It’s 2021 and we still can’t get a smooth looking animation for just walking around? But I’m just nitpicking I guess. 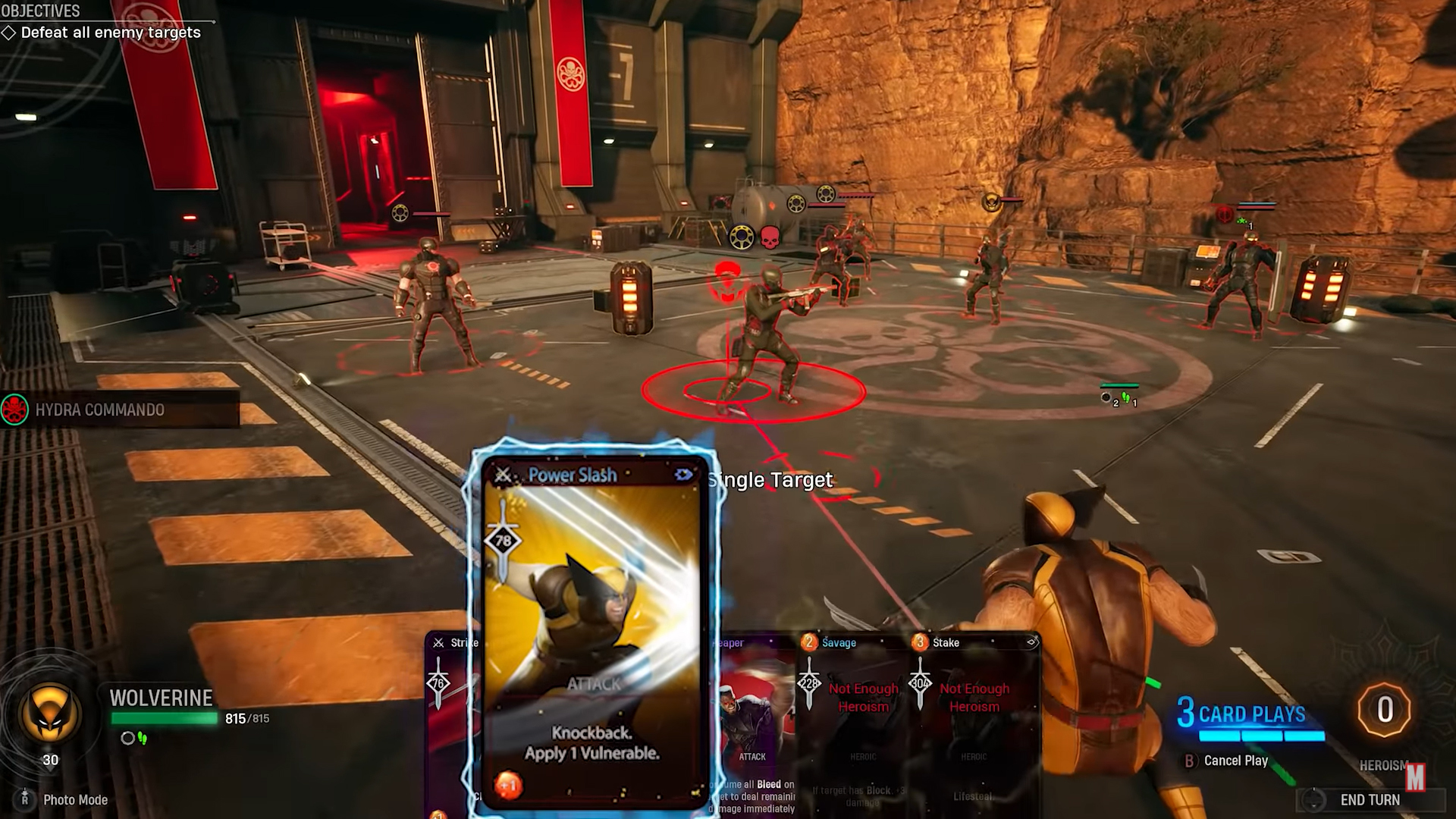 Featuring Avengers, X-Men, & Runaways. You get to create your own Marvel Superhero for this game and you even get a demon dog pet to accompany you on your adventure. Strategic combat is based on a card dealing system. You can level up your skills and teammates in your home base. Coming in February of 2022. 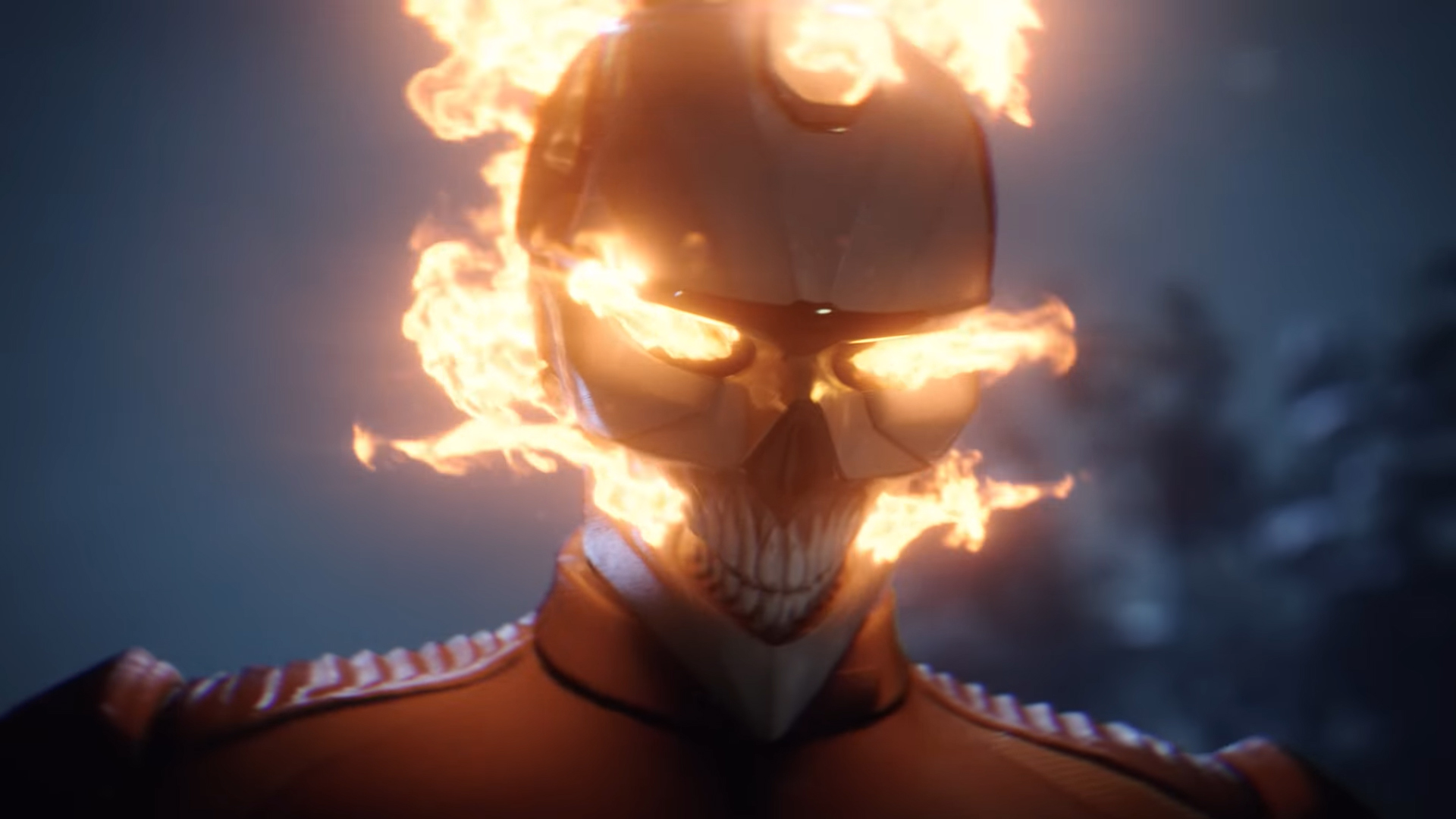 Well this certainly came out of left field for me. I thought this was another Marvel Ultimate Alliance at first. Then I saw that it was from the studio who brought us games like XCOM & Civilization. We’ll get our first look at Marvel's Midnight Suns actual gameplay on September 1st. The game is set to come out next year and we’ll be keeping an eye on this one for sure.