#1 Red Dead Redemption 2
This game is a former Gouki.com Jimmy Gem Game of the Year.  Just recently, well 2 years ago now I guess… I played Red Dead Redemption again and it still holds up and is still one of my all-time favorites.  Rockstar only releases new games every 5 years, so get hype!  RDR2 is going to be the game of the year. (No specific release date as of this post)

#2 The Last of US Part 2
When the first game came out I did not expect that I would like it as much as I did. In fact, I played through it twice.  It's one of those rare games that I played back to back immediately and I can not wait to play the new sequel.  Another strong potential for game of the year. (No specific release date as of this post)

#3 Anthem
Oh boy. EA.  The game is being made by BioWare and published by EA.  I love all the Mass Effect, Star Wars Kotor, and Dragon Age games, so I am hype for a what seems to be a full-on-multiplayer-space-scramble-mass-effect-shooter-magic-lootfest-madness.  So IF that works and it’s not full of buy a loot chest with real money bullshit, it might be a great game.  I think we can live without the loot crate system in video games.  Good luck to BioWare.  The entire internet is on standby, watching EA desecrate and ruin the history of great game franchises and developers.  Anthem will be very interesting to watch and play in 2018. (No specific release date as of this post)

#4 Crackdown 3
I can’t wait for this game.  The previous Crackdown games have great memories for me.  I would have never played Crackdown in the first place if the Halo 3 Beta wasn’t on the disc.  But I found that the climbing, shooting, leveling up, and the party system made Crackdown super fun to play.  When I wasn’t playing Halo 3.  Crackdown 3 will be an easy purchase for a bunch of friends and the game will be superfun to play together. Invite me. (No specific release date as of this post)

There were a few other games I noted, but overall these 4 games are the only options I believe, that can pull me away from the good games I am already playing.  When I started writing this list, I was for sure 2018 could be better than 2017. I’m now thinking that maybe it’s going to be a really rough year.  What’s up with that new Metroid?  Where is the Battle Royal Halo 6 game?  WTF is happening to the XBOX console?  Seriously tho...

What video games are you most looking forward to in 2018?

Thank you for reading.

One of the greatest games of all time is getting a sequel. Errr Prequel... does it matter? Red Dead is back!

I hope we see gameplay trailers like the original Red Dead had, they were great!

We're giving away 2 copies of Rockstar Games Red Dead Redemption II. 2 ways to win. Leave a comment on this story or enter our Gleam giveaway online! More info below. 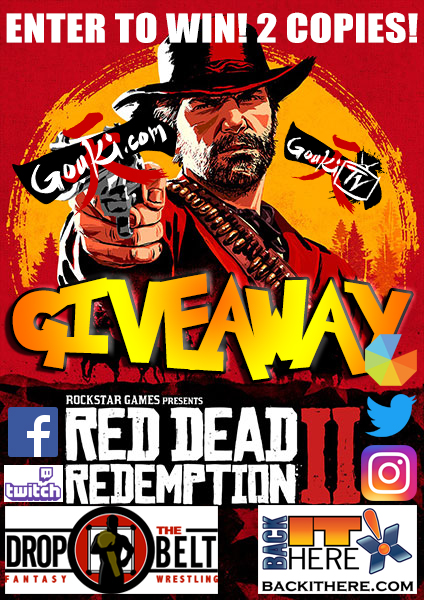 Entry on Gouki.com is simple, just leave a comment below about why you want to play Red Dead Redemption II so badly.  I know why I do, the first Red Dead is one of my most memorable gaming expereinces of my life.  That's why I wanted to make sure I can share an expereince with Red Dead 2 with more gamers.

More ways to enter?! Check out our Gleam online giveaway.

Product not yet rated... But we all know it's going to be M Mofo.  The older I get in life the more excited I am to play new versions of these games I loved when I was younger.  The original Red Dead is only a few years old, but it is very close to my heart.  Definitely one of the best games ever made.  Red Dead 2 looks to be just as amazing.  Although I don't know anything about the shooting mechanics just yet, the graphics and the story look great.  I can't tell if those are the younger voices of some of the characters from the original game or not and I can't wait to find out.  Let me know your thoughts in the comments.

Please check out all of the Gouki.com stories from the original Red Dead Redemption. 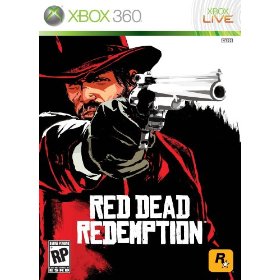 Finally, Rockstar is letting us know how much longer we'll have to wait to play RDR2. 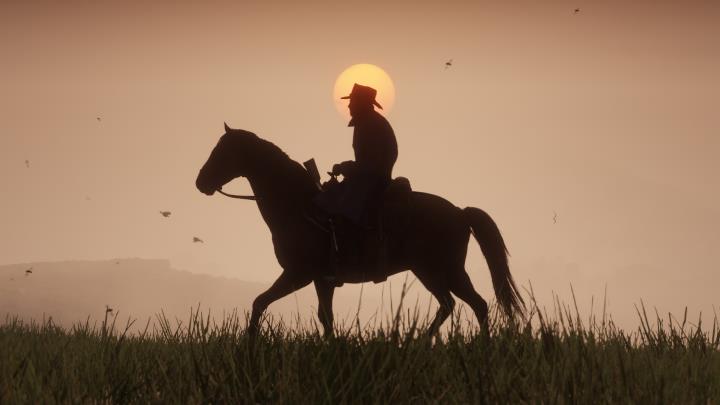 Rockstar writes to their fans;

We are excited to announce that Red Dead Redemption 2 will be released on October 26th 2018. We apologize to everyone disappointed by this delay. While we had hoped to have the game out sooner, we require a little extra time for polish.

We sincerely thank you for your patience and hope that when you get to play the game, you will agree the wait will have been worth it. In the meantime, please check out these screenshots from the game. We look forward to sharing a lot more information with you in the coming weeks.

With thanks,
Rockstar Games

Take your time Rockstar, I'm waiting for another great game.  I've been waiting for years to even hear this game was in production, another 7 months isn't a big deal.  I know it'll be worth it.  Jimmy!

One of my favorite Rockstar collector edition's was the GTAIV Lock Box. I may have a new favorite inbound. 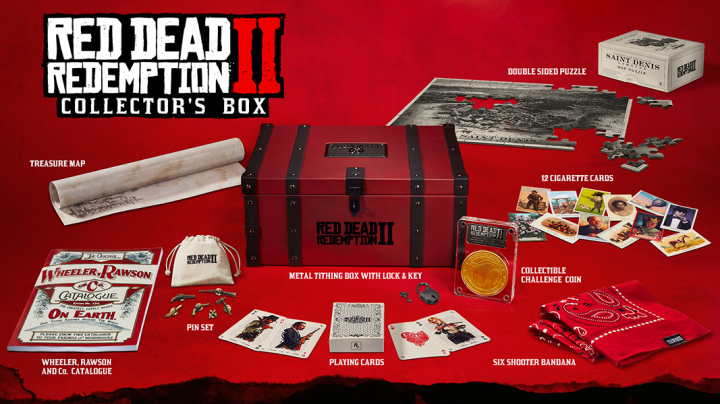 My most coveted item has to be the map.  I like the idea of sticking it in a frame and hanging it on the wall.  They don't even show it to us in this picture because it is the game map and is supposed to have to special treasures marked on it.  Awesome idea.  Number 2 item is the Catalogue, I believe that it is going to be full of Rockstar jokes and wit.  All of this stuff, of course, is beside the sick box it comes in.

The Collector's Box does not come with the game, but you can order that from Amazon or GameStop has all sorts of packages.

A weekly show about a week of video games and anime news. Just a few stores. Quick and direct to your grill!

Brought to you by Gouki.TV

You know it's going to be awesome. It looks so real, it's unreal.