Some quality life and zone improvements you've been waiting for.

Some notable screen shots that I liked personally or want to comment.

*note I haven't seen pictures of the new Gathering exploratory missions, but I am very hype for those.

Baelsar has built a Wall and Eorzeans are going to pay for it! 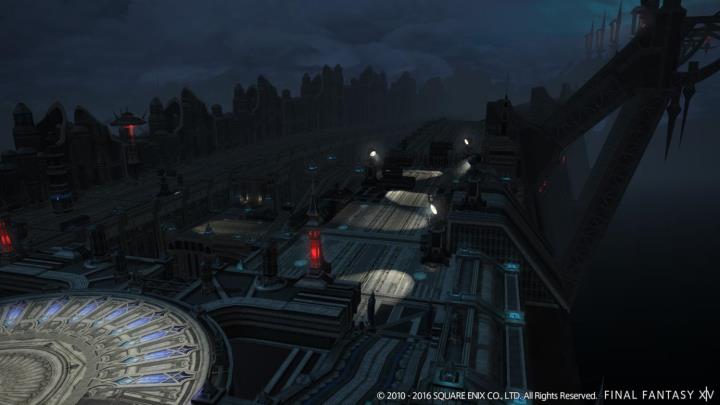 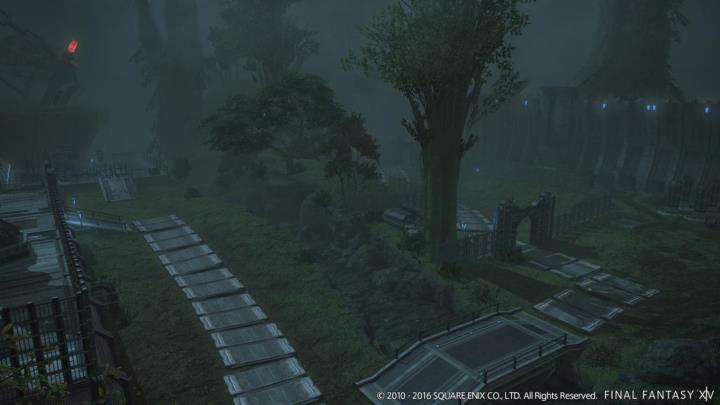 Smooth McGroove Takes us Back With Some Classic Video Game Acapella Tunes!

Smooth McGroove brings classic video game tunes back to life using only his voice and great editing. Check out some of his acapella songs.

I think the Final Fantasy and Guile Theme was the best. The guy has a real talent here and if you want to see more be sure to check out his Youtube channel at Smooth McGroove.

Editorial: Square-Enix - Why I Love 'em, Why I Hate 'em

Just a little bit of my venting about Square-Enix - why I love 'em and why I hate 'em.

I want to talk to you, Dear Reader, about something that I've discussed at some lengths before (although not on here): Square-Enix.  Most of my friends can tell you my favorite developer/publisher without hesitation; some of them will say it and then roll their eyes as if it's an embarassment, while others will say it with some enthusiasm.  What my friends don't know - and what I'll share here, probably for the first time - is that I really have a love-hate relationship with Square-Enix.

If I may, allow me to share a little history: my first Square-Enix game was Final Fantasy VII, back in the glory days when Square and Enix were competitors and not one-in-the-same.  I remember how perplexed I was the first time I played the game, because my gaming history prior had been rather sketchy; I was, indeed, lost in the intricicies of the game.  The story was overwhelmingly epic in scope and scale, and the gameplay was likewise adorned with more features than you could shake a stick at.  And I remember playing through the game and discovering things about the story and the gameplay, and I remember how apsects of the gameplay that had perplexed me suddenly becoming part of my strategy.  I still have a somewhat fond recollection of the moment when I mastered the Materia system; from that moment on, the whole game was never the same again.  That sense of discovery was the driving factor.  The game became a constant quest to find the next nook or cranny, to find that one little thing I'd not realized; it was all about strategy building.  And you want to know something?  It was fantastic.

You see, that was what Squaresoft was good at: creating those elements of discovery both in plot and gameplay.  After the merger with Enix, I'd somewhat abandoned hope in their ability to recreate that sense of discovery.  The games became utterly monotonous and repetitive.  Well, that's not quite fair: the games had always been monotonous and repetitive, but that discovery process did a good job of covering up that fact.  Well, guess what?  Enter Final Fantasy XIII.  Yes, this game has - and still is; I'm not done with it yet - rekindled that flame of discovery.  I know, I know; I went into Final Fantasy XIII thinking it was somewhat shallow, but as the game progresses, you realize exactly how much you didnt' know when you started.  That Paradigm Deck - that thing that you started off thinking wouldn't be very important - became a central part of combat strategy.  And that Crystalium system, that thing you gave little thought to in the beginning?  Well, now I can spend more than ten minutes just contemplating where and how to spend those points.  That's the curve set up by the game, I believe with all of my heart and soul that it was intentional on the part of Square-Enix.  In fact, I just believe it's splendid design at work.

So Square-Enix can design a complex, multi-layered experience, but I'm sure you all knew that much.  And you already know that they have a knack for choosing which games are most in need of rereleases (assuming you overlook their excessive releasing of the first two Final Fantasy games, that is).  They have a near-divine ability to figure out where - and indeed, when - to release sequels to their properties.  Well....yeah, about that...

Now I get to vent my frustration with Square-Enix: Kingdom Hearts.  Now, I admit that the first Kingdom Hearts grabbed me with its charm, even if it did lack wit or depth (and it was certainly horrible in the subtlety department, but that could be a whole other Editorial in itself).  But really, once I got over the charm, Kingdom Hearts was a steaming pile; yes, despite the fact that some very rabbid fanboys will tell you it's a great franchise...no, it's just not.  Next to the SaGa games - Unlimted SaGa: also another entire Editorial in and of itself - I've never so much wished Square-Enix would just put a property to rest.  And that was before the second one had even been released.  So here comes Kingdom Hearts 2, and I'm like: "Yeah, this'll be the end of it."  And then what?  A PSP game and a DS game?  What?!?!?  How absurd; how incredibly absurd.  Well, at that point I'm starting to reevaluate Square-Enix as a developer.  Final Fantasy XIII may have done so much to redeem them in my eyes, but then I read that Kingdom Hearts 3 is - allegedly, mind you - in the works.  Oh, but wait...it has to get worse, because Kingdom Hearts 3 was to be expected, unfortunately.  Oh yes, it gets much worse: how about an annual installment in the Kingdom Hearts franchise?  Now, I wasn't a particularly camper when Kingdom Hearts 2 came out, and I was downright fed up when the DS game came out.  But if they follow through with this annual installment crap: that'll be The End, Game Over; yes, that will be the point when Square-Enix can kiss my hard-earned money good bye.

So please, Square-Enix, I beg you to listen to my pleading.  I'll compromise: make Kingdom Hearts 3, but please put the series to rest after that.  It's not cute or charming anymore; now it's just annoying.  It's like that girl that you take on a date and then don't want to see anymore, but she just won't stop calling you.  The novelty and the charm are dead, Square-Enix, so just get over it already and move on.

Oh, and one more thing if you don't mind: if you do decide to move on, please spare my wallet and don't make anything as abysmal as Infinite Undiscovery or Last Remnant.  You're still a talented developer, and I see no reason for your quality releases to be so sporadic.  Hit Star Ocean, keep hitting Final Fantasy, for Christ's sakes team up with Monolith and hit Xenogears one last time, but if there is a divine power watching over the gaming industry, let me make it perfectly clear: NO MORE KINGDOM HEARTS.

One Winged angel Acapella !!! Any FF7 will love.

I just found this video, dont ask how though. You might laugh at first but this guy does some serious work on one of the best songs from this game. If you are a Final Fantasy VII fan you will like this. Check it out !!

I know I was 2 weeks off since my last blog post...

But I've been awfully busy with my life outside the internet with this job I have, they are purposely not letting me HAVE A LIFE anymore. &&  I am awfully sad about it. Kinda miss the almost free life I once had. lol. I am actually in the process of looking for a better job with better hours. Trying to find a job out there is not easy, especially when those that know you already have a job are not accepting you. -______-

But either way, as soon as I get my life back in place (especially with that job.. and find a better one -_-), I should be back on here a bit more often. But for now, those that requested those wallpapers. Here they are and I am terribly sorry for making you wait...
Click here: Check out the new gathering nodes available in Final Fantasy XIV, patch 4.2 "Rise of a new sun". Start making some gil... or some crafts!

Have you ever wanted to battle it out as some of the biggest names in the Square Enix roster?

Final Fantasy has been an icon for many gamers world wide, we have put countless hours into the games, and we still come back for more.  Dissidia 012 is a prequel to the previous PSP game, and it will let you fight as your favorite characters. 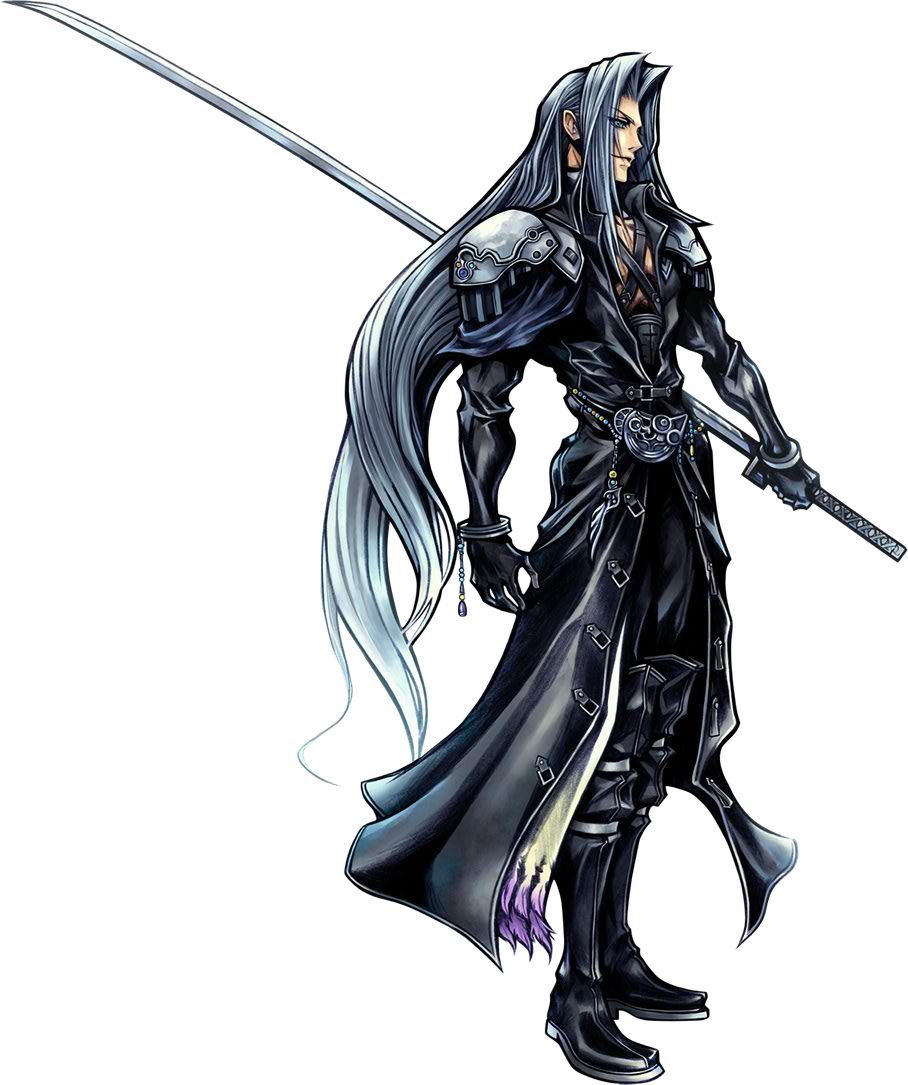 Ok how about this. 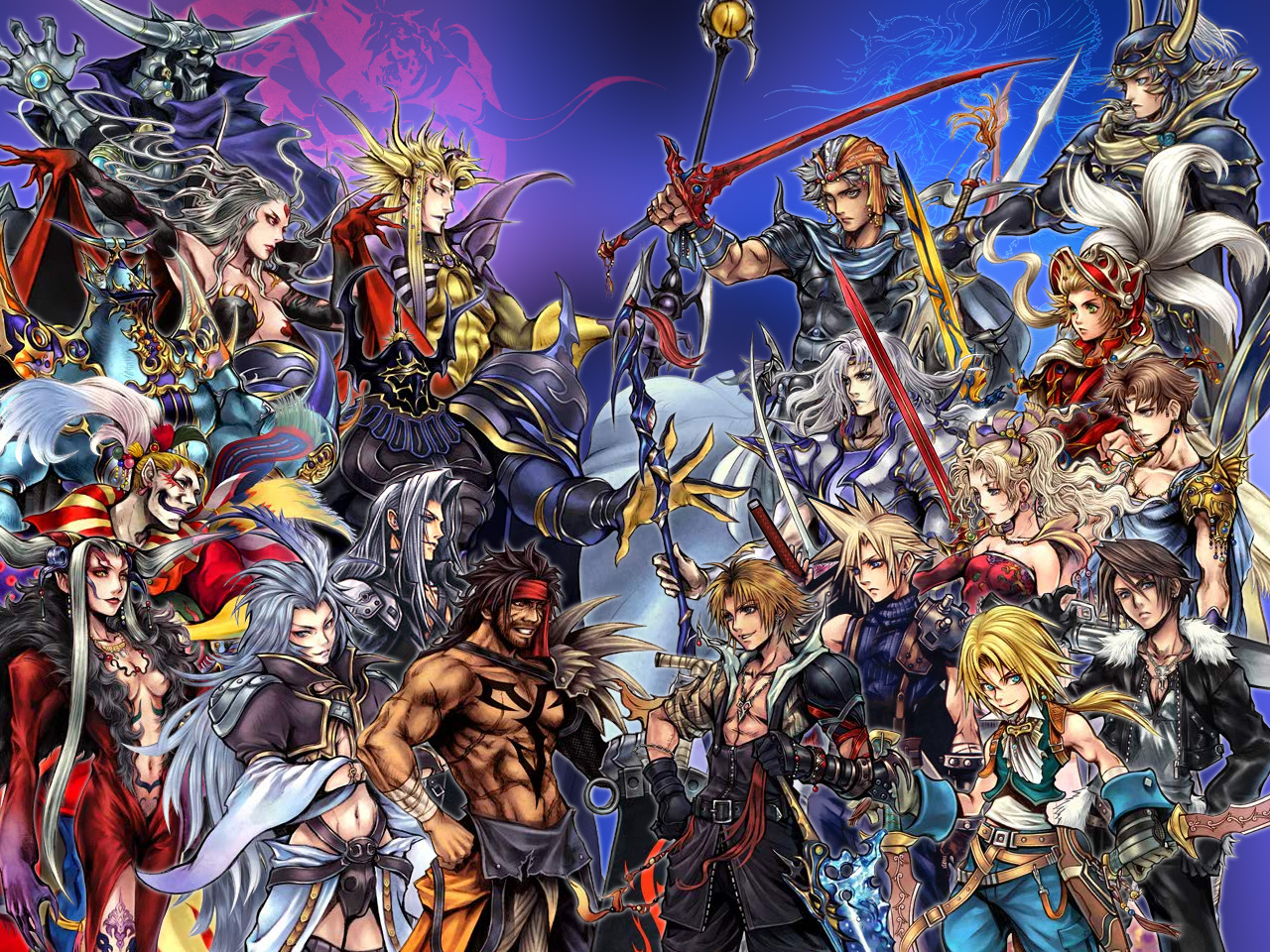 and I guess this wouldn't hurt..

The game will be here March 22, so what do you need to know?

You get a Fighter an a Single Player Story mode, so it's got plenty to offer.

I wish it was on the PS3, but the PSP will do just fine.

Will you be picking it up?  Who will you play as first?  Don't be a Jimmy.

Great music at the beginning, but not the greatest sounding voices. I haven't been much of fan of the English acting in the game.  I'll want to play the new 24 man dungeon (maybe), but it is going to be filled with nubfarm galore that first week.  If there are new gathering nodes, I will do that and update MasterDotL.com.

WTF is going on at the end?  If you want to see endgame raiding.  Watch BatRastered's streams Gouki.TV.

Check out the link in the right column of our exclusive Final Fantasy XIV websites created by Gouki.com.

The new patch releases in just a few weeks. 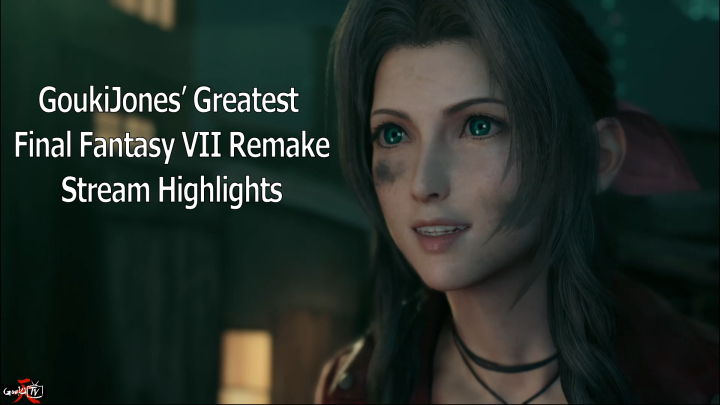 I really loved this remake. I honestly can't believe they pulled it off so well. I had two play throughs and loved every second of it. The game doesn't get really good until you beat it one time and start a new game. Then it feels like you really need to strategize and plan for the fighting. Make sure you check it out!