So far so good. What do you guys think of the movie so far?

Lilitch is played by actress Cate Blanchett. The photo was taken by Jamie Lee Curtis who will be playing Tannis in the movie. This image is great. I can’t wait to see the cast dressed up and to see the film in actual motion. The stuff I have imagined in my head is insane and I hope they top that. 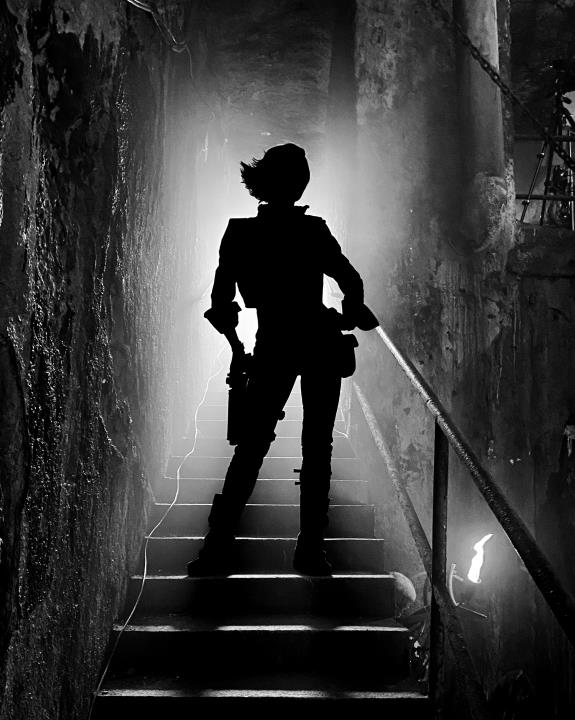 Check out the rest of the cast!

Get Caught Up On The Borderlands Storyline

If you don't know, now you know.

Currently GrrrtyGirl and I are streaming our entire playthrough of the Borderlands 2019 GOTY Edition on Gouki.tv.  Check out the VODs!

Play with us on Xbox One.

A Game Of The Year Edition 10 Years Later. SOLD!

I've been wanting a revisit to this classic game for a few years now.  It looks like I'll have my excuse on April 3rd, 2019!  Invite me!

FnJimmy astonishes us all once again. Completely not paying attention or straight up STEALING from GoukiJones? You make the call. Watch the video.

If you can't hear what's going on. What happened was, GoukiJones upgraded his shield and offered his old one to FnJimmy. FnJimmy takes it. Just a little while later, GoukiJones finds another shield and then gives his old one to FnJimmy as well. At this point though FnJimmy denies even asking for the first one, saying that his shield that he's had on all night is better than both. WTF? Don't be a Jimmy!

Thanks to Raychul for sharing our video in her Top 7 Things Gamers Hate. I'll tell you 1 thing gamers don't hate. Boobs. :)

So you can hear me screaming about vintage Borderlands' invisible walls @3:09.

Leave a comment on this video on YouTube for me too and give a shout out to Gouki.com. Don't be a Jimmy!

Check out her site. I'm sure you Jimmys will love it.

Number 1 in the World!

Does your special someone play video games? Would you ever think to ask a company to help you propose in that game?

Ben and his lady Tisha (Tora) are Borderlands fans. Ben decided he wanted to propose to her in a very special way. He asked Gearbox to help him with a proposal video and they did a hilarious job.

So what did you think fo the Claptrap video? Funny stuff and a bit sweet at the end. Leave a comment on what you think.

Nobody put more time into Borderlands than BatRastered this year. Borderlands also released 2 DLC's and a patch that raised the level cap. Borderlands is one of the most talked about games on Gouki.com. Borderlands catalog page.

Personally I played the shit out of this game this year. I love it! According to Raptr I played 119 hours of this. What it doesn't say is that was within a weeks time span. Read the PWN diaries.

You gotta be playing some sort of Halo right Jimmy. Halo is Gouki.com's preferred shooter.

Winners will be announced December 29th. Did we leave anything out? What's your favorite? Leave a comment below! AND don't forget to vote for your favorites in our Video Game Catalog.

What's the best DLC of 2010? See our nominees here and voice your opinion in the comments.

Nothing mad me laugh harder than this add on this year. Quality humor, plus raising the level cap by 11 and giving us new weapons and shields to play with? Sign me up.

John Marston is back (from the dead?) that alone should be enough for this. New weapons and, of course, Zombears make this an exciting new addition. Let's not forget that Rockstar gave us some free DLC for this earlier too.

Okay, multiplayer map packs aren't super exciting, especially when there's only 3 of them for 10 bucks, but these are really good maps and that counts for something.

Winners will be announced December 29th. Did we leave anything out? What's your favorite? Leave a comment below!

A Gouki.com Editor's Choice. Get Early Access to Duke Nukem with Borderlands Game of the Year Edition. Do not miss out on playing Borderlands. Get EVERYTHING, main game and 4 DLC's for less than MSRP! Stolen!

Borderlands Game of the Year Edition $29.99 You're going to hate me for this one....

I had purchased this game on the rave reviews detailing its excellence and gave it a go. All seemed well enough on first impressions and i was intrigued by the concept of a hybrid between RPG elements mixed with a first person shooter. To anyone, even myself (at first), that concept alone seemed like a winner in my book. 2K games hoped that the concept would make this title look like a duck in water...but the fact of the matter was that this game was more compareable to a turd in the pool: I just cant float with it. As much as i really wanted to like this game, i felt that the RPG elements killed any and all replay value for me.

First off, you have 4 characters to choose from and aside from their ONE SINGLE TALENT, you are just a floating gun for all intents and purposes. Granted you have a world of warcraft-like talent tree with different benefits, you still only have one skill. Everyone can use the same weapons, some slightly better than others through talents, but nothing more. I mean, come on! At least have weapon restrictions to make the characters more unique, or better yet, GIVE THEM MORE THAN ONE FUCKING SKILL!!!

The physics were another pet peeve to me. Seriously. I'm not shitting you. At lvl 30, crimson lance soldier should NOT TAKE 15-20 FUCKING HEADSHOTS TO KILL. It's not fun at all. It's frustrating. It's a joke. I even forget this is supposed to be an FPS. I can understand if it's a 50 foot mutant who can crush you under his foot, but not when it's just a random ass-clown with a potato gun soaking up 50 rounds in his chest before he only slows down and doesnt fucking die. Another fine example if a great RPG element. Classic. I dont remember that element in gears of war, or halo, or moder warfare, or....ah fuck it.

Listen. I'm not saying the game sucks in general, in fact I think it's a great game. There's alot of cool shit to do here and alot of awesome weapons and items to find, but the bottom line? If you want to play a FPS, stick to halo or black ops. If you want to play an RPG, Play world of warcraft...final fantasy 14 sucks donkey balls. Otherwise, expect to buy a few extra control paddles XD

A Gouki.com Editor's Choice. Do not miss out on playing Borderlands. Get EVERYTHING, main game and 4 DLC's for less than MSRP! Stolen!

Borderlands Game of the Year Edition $39.99