Girl Fight is not dead, coming this month

No news for two years, and then it pops back up. Does anybody remember this game?

This Week on XBL! Deals Jimmy!

This week on Xbox Live! There is a fair amount of goods to play and download this week. Check out the full list!

Check out the list below via Major Nelsons Blog:

Deal of the Week

A lot of good games and deals this week Jimmy! Tune in next week for more. Don't be a Jimmy!

Undead Labs has released a gameplay video of State of Decay! Check it out!

Undead Labs upcoming zombie filled survival third person action game State of Decay has finally got a nice new gameplay video to check out. This time we have a release date of June, but no price has been confirmed for this XBLA title.

This game looks 10x better than the recent Walking Dead FPS title that came out last month. I am actually interested in seeing if this game can do well enough to become a full retail franchise. Who knows?

What do you think of State of Decay? Is this something you'd play? Tell us what you think in the comments. Don't be a Jimmy!

Want to play poker against characters like claptrap? Have Gladdos deal you in? Check out this new trailer from telltale games.

You can unlock some cool Borderlands 2 skins by playing this too. Check out Zer0's portal costume... badassnice!

on steam you can unlock things like a Handsome Jack mask for your TF2 assassin. The ultimate disguise.

Poker Night 2 will be released on XBLA, PSN, and Steam "SOON".

Microsoft is offering gamers a chance to earn some Xbox Live Rewards for buying XBLA games for the month of April. Check it out.

Starting Monday, April 1, we’re launching an exclusive feature for Xbox LIVE Rewards Members, MyPunchcard, an exciting new way to get rewarded for doing what you love!  And this April, all the action is in arcade games with our exclusive Play To Earn offers, your passion for playing arcade games can pay off in a big way.

Only the most devoted Arcade fans have what it takes to black out all three Arcade Punchcards. Those who do will be guaranteed a spot in an upcoming VIP Exclusives. By simply playing your favorite arcade games and adding to your game collection, you can earn rewards in April.

Here’s the three ways you can earn rewards all month long.

It’s easy and fun, you can earn for playing and or buying ANY arcade game from Xbox LIVE.
So, play the games you already know and love like Minecraft, Terraria, Trials Evolution, Counterstrike: GO, Castle Crashers, The Walking Dead, LIMBO and more and discover new games to try and buy from Xbox LIVE.

You’ll need to be an Xbox LIVE Rewards member to sign up and learn more on Xbox.com

What are your thoughts on this? $40 in one month is quite a lot to spend. Although there are some decent titles coming next month. Tell us what you think in the comments. Don't be a Jimmy!

I may have just found the best building sim yet.

Arvadecraft is being developed by Firebase Industries an indie company I've never heard of.  The idea that drives the game is the chance to build your own arcade.  You'll be dealing with machines breaking and your customers getting tired of games.

I couldn't find any release date for it, just that it is being made for the PC and XBLA download.

It's an Origin Story Without the Complete Origin. MvC Origins Release Date Confirmed.

Capcom has announced a release date for the somewhat highly anticipated Marvel vs Capcom Origins.

Marvel vs Capcom: Origins is a new title for PS3 and Xbox 360 which features two games; Marvel Super Heroes and Marvel vs Capcom. Today Capcom has announced the official release date for September 25th and 26th on PSN and XBLA respectiivly. They also released some new screen shots to check out. 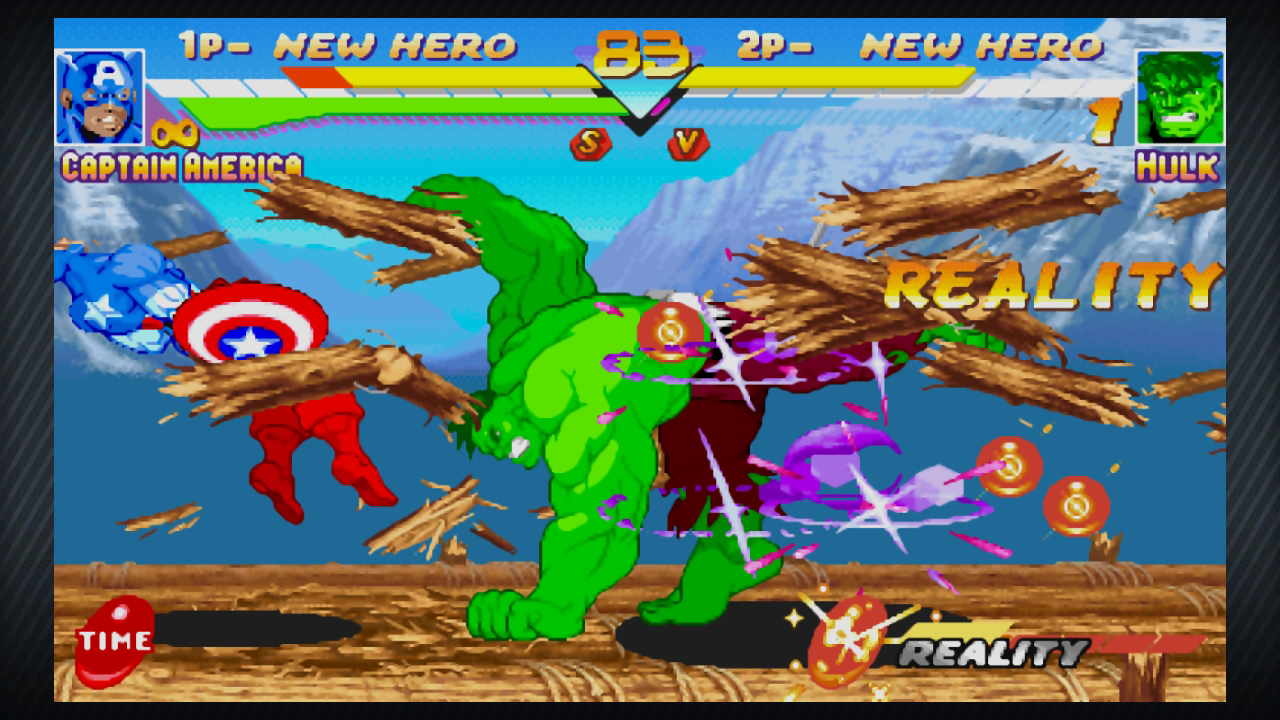 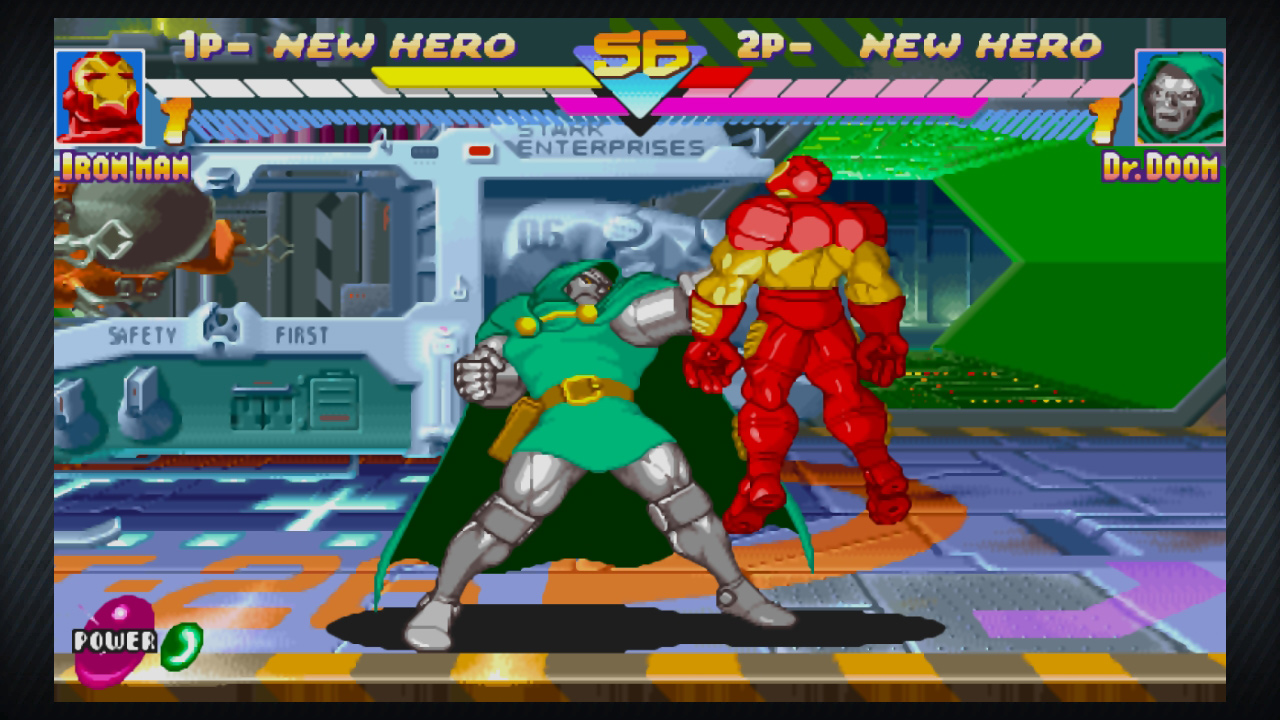 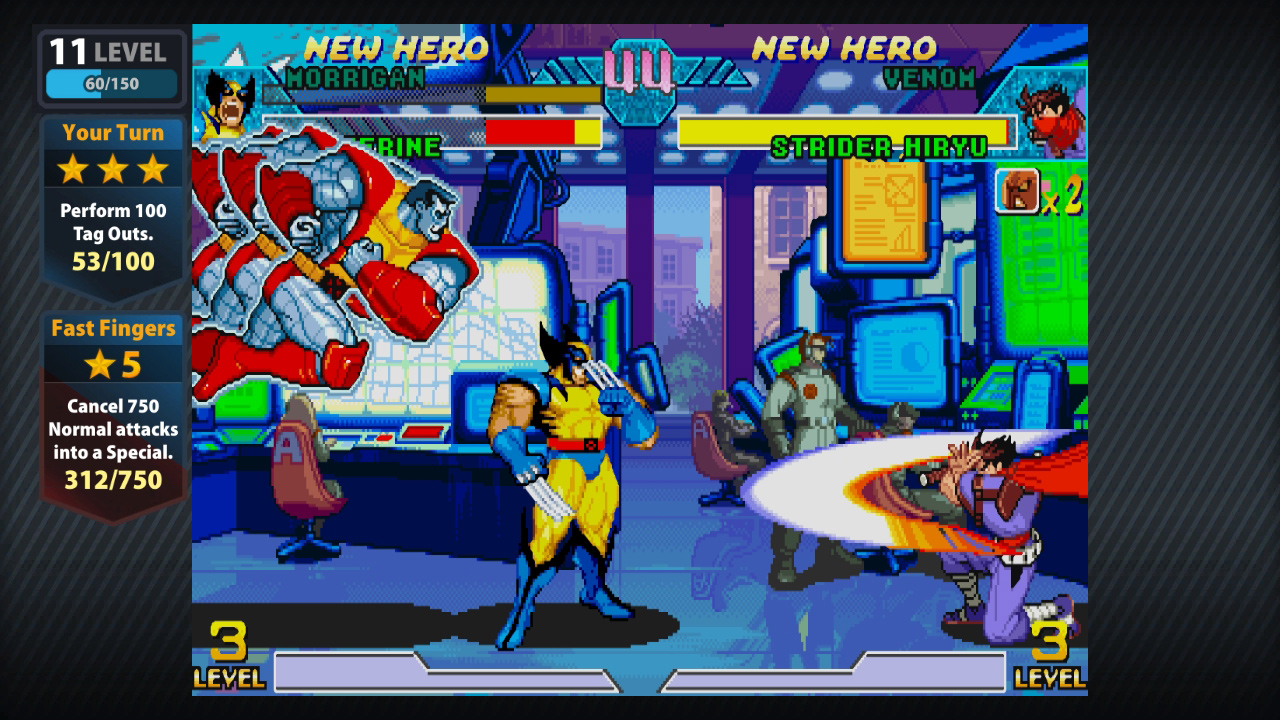 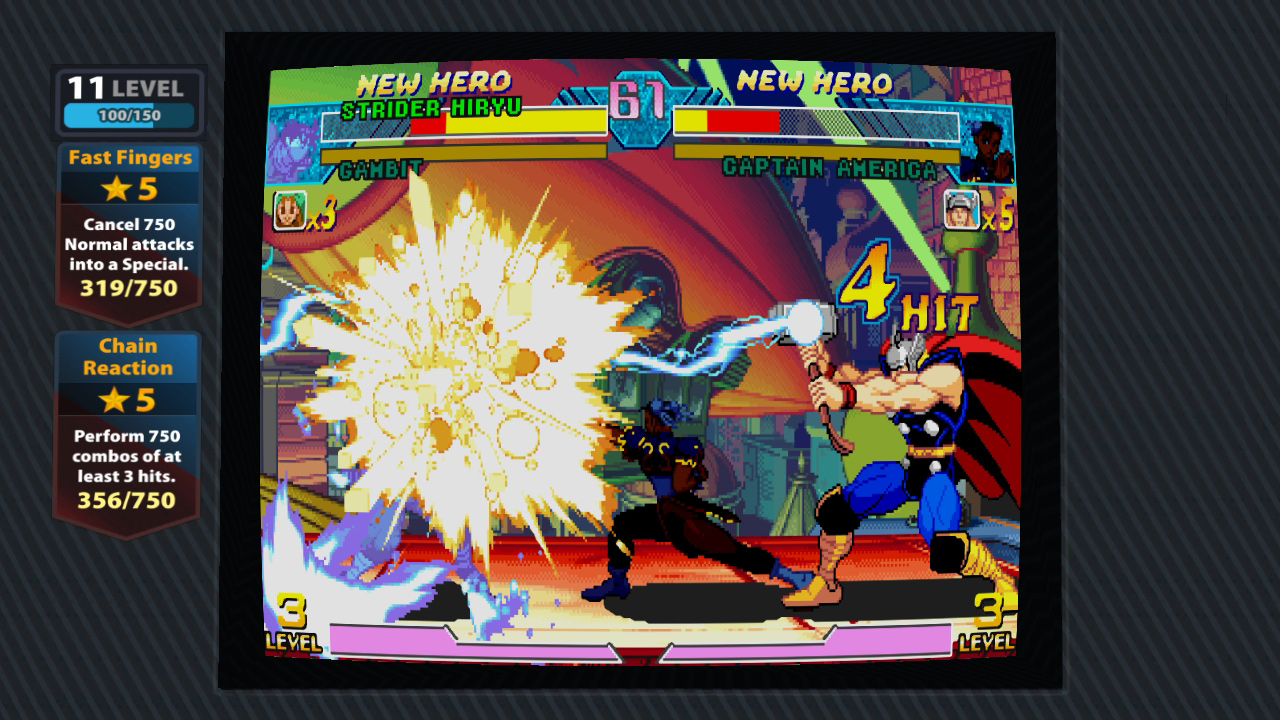 Marvel vs Capcom: Origins will cost $14.99 or 1200 MSP. Are you looking forward to this game? Have any favorite MvC moments? Tell us what you think in the comments. Don't be a Jimmy!

You know the drill by now. Let's find out what's coming out this week:

Is this xbla port of the popular PC MMO arcade-style beat-em'-up worth getting? Find out in this review. I'm back with another review. This time around, I'm going to be reviewing an XBLA game that recently arrived in the Marketplace. Will this game be worth the 800 MSP? Let's find out in this review.

But first, here's the trailer for the game:

Quantum Conundrum review jumping is the hardest puzzzle to solve

An overall good puzzler with creative use of physics, marred by one major, glaring flaw.

Quantum Conundrum is a puzzle game available on Xbox Live, PSN, and Steam for $15. The game has an impressive pedigree with former Portal 2 creator, Kim Swift on board. The basic mechanics involve swapping the current dimension for one that is "fluffy" allowing the child protagonist to pick up formerly heavy objects, like safes. You can also swap to the "heavy" dimension to make things heavier (to weigh down a switch for instance), the "slow" dimension which allows you to slow down time, and finally the "reverse gravity" dimension, which does exactly what its name implies. The combination of these abilities allows you to pull off some cool tricks and creative solutions, for instance you can turn a safe fluffy, throw it across a gap, slow motion it so you can jump on top of it, then turn reverse gravity on and off as you ride the safe up and down in a wave like motion across a huge gap.

This all sounds like fun, but where the game breaks down is the "jumping on top of it" part. Most of the items you have to jump on are either small, like the safes, or irregularly shaped like a couch and the jumping is fairly imprecise, as it tends to be in all first person games. When the game first gives you the slow-mo ability, it asks you to jump across a gap filled with slowly moving, falling, furniture. I must've died 20-30 times doing this, not because there was a puzzle to solve, but because I just couldn't nail the sequence of jumps.

The puzzles themselves are pretty easy, I only had one stump me for any period of time, as I needed to disable slo-mo mid jump to get the platform where I needed it and then re-enable. A technique that wasn't really ever introduced.

Overall, the game was a good time but too often frustrating. It's worth checking out the demo to see if jumping really frustrates you or not before buying. If you can handle it and you like puzzles, you will enjoy Quantum Conundrum.

Naughty Bear didn't have the biggest audience but if you were one of the few who enjoyed it I have good news.

In case you missed it the original Naughty Bear let you control a homicidal teddy bear.  You were able to find various weapons and could also use a lot of environmental objects as weapons, such as a grill.  They even had special costumes of everything from a pirate to a superhero, with pre-order only costumes of Jason and Freddy that I've still never got :( .  The story kicked off with this teddy bear being left out of a party and the announcer sends him on a killing spree.  Now you need to have a special sort of twisted sense of humor to really enjoy this game.  The graphics weren't close to cutting edge, the voice acting was cheesy, and the controls weren't perfect.  But the game was more about getting a laugh than being game of the year.

It was announced that a sequel was in the works and then it kind of dropped off the map.  Many of us assumed the game had been dropped and information on the sequel was nowhere to be found.  And then today I was reading through a copy of Game Informer that I got signed up to again by shopping at Gamestop and I randomly found details about Naughty Bear 2.

The sequel is called Naughty Bear Panic in Paradise and will be a digital download for both PSN and XBLA.  It will be here in September so it will be lost in the shuffle with big name titles coming out, but as a downloadable game it should have a reasonable price.  Maybe the jimmys here at Gouki.com will even set FnJimmy up for a Golden Review.  I know I'll be playing it either way.

And they even dropped an announcement trailer for any of you interested.

And some gameplay footage,

So will any of you be playing?  Ever even hear of the first one?

Capcom just recently announced that Marvel Vs. Capcom Origins will be arriving on both Xbox Live and Playstation Network this September. here's the trailer:

This will contain both Marvel Super Heroes, as well as the first Marvel Vs. Capcom. Just like what they did with Third Strike Online Edition, these game will feature various graphic filters, dynamic challenges that you can complete to unlock cool vault items, Online Play with Spectator Modes, as a Replay function. The game will come out sometime in September, and will be priced at $14.99 (or 1200 MSP).