Community News: Dead Island to be distributed by Square Enix 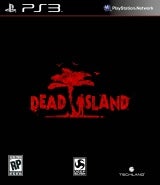 Deep Silver has announced that Square Enix will be distibuting Dead Island in North and South America.

Having the game hooked up with a well known name looks good and when you consider the Square has had fans since before some of todays gamers were born it looks even better.  Dead Island is set to be one of the most realistic zombie games (if such a thing makes sense) and now it looks like more people will be playing.  Here's to hoping that the game impresses us all.