Community Review: Does Dead or Alive 5 live up to expectations?

Dead or Alive came out in September, but unfortunately right after Borderlands 2. So I did try it for a few hours, but that had been it until today.

Dead or Alive has returned to the Playstaion for the first time in over a decade.  And it has been since 2005 for the Xbox users.  I've been a fan from the begging of the series and have enjoyed every game, except the handhelds.  Naturally I was very excited to get the new one.  And thanks to Gouki.com I was able to have a copy pre-ordered.  Sadly when I first got it I was so hooked on Borderlands 2 I only played for a few hours.  So I waited to do a review until I at least finished the story mode. 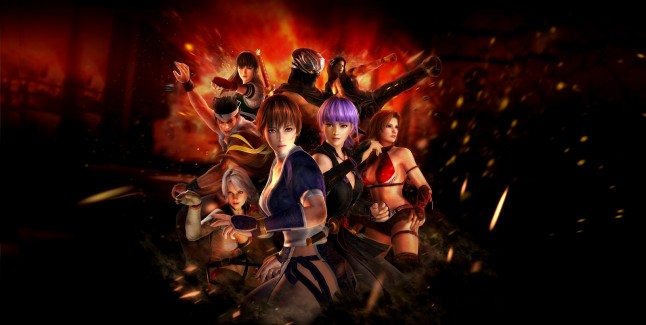 When you first jump in to story mode you get a short video of Bayman then it jumps to Zack training with the new MMA girl Mila.  You enter that fight and are given a training mission.  Not really what I was expecting, but I thought it would be okay.  Back to Bayman and a mysterious ninja tears through his team.  You get some more videos and the game is looking great as always.  More videos.  Then you get to a fight between Bass and Rig on the oil rig.  Creative right?  Another training mission.  That is already old.  Tutorials belong in their own section if you ask me.  Another video,  But then you finally get to the timeline screen and the game is ready to start. Kind of.

The timeline adds points as you make it through the story and you can go back and re-watch video or play a fight again if you missed the bonus mission.  Kasumi is selected for you and you get three fights each with a bonus mission.  Now I'm kind of annoyed with the missions being tacked on to the matches,  And not getting to select my character sucks.  Then you get a new chapter, three fights .... rinse ande repeat.  The story starts to jump back and forth and you often end up on the other side of a fight that you already did.  I made it up to Bass, chapter 8 I think, and then I decided to give it a rest.  Playing through the story you unlock Akira and Sarah.

So when I picked it back up I was playing as Bass.  Who has a very unnatural obsession with his daughter.  And he comes out as a masked wrestler "Mr Strong".  Still stuck in the same pattern.  And it makes it hard to get familair with a character when you only get to do three fights then switch.  Jan Lee wind the tournament but the story is not done.  You eventually get to fight as Kasumi against Alpha-152.  But the story is still not over.  When you get to your final fights the character transforms as you fight.  It still doesn't feel like a boss fight though.  After everything is over you get a few of those this isn't over scenes so they can set up DoA 6.

As usual the levels are destructible and have areas you can knock people off, but they have added these more action sequences where the level kind of attacks you.  One of the best examples is a war scene where incomming fire can hit you or your oponent when triggered.  There was stuff like cars that could run you over in the last game, but they wanted it to be bigger.  But I feel like it pulls you out of the game and sometimes takes takes way to long to get back to the fight.

You have your standard online and offline fights, including survival mode, arcade, time attack.  And I've noticed some lag while playing offline and that bothered me.  But going online some of the matches are pretty much unplayable.

You have costumes that you unlock by playing as a character in the offline modes.  And of course there are DLC costumes like the one above for Hayabusa.  Sadly many of them so far are just old costumes or are new but boring.  Add being extremly over-priced and they get worse.  The fist pack was free, but the new ones come out in groups of 3 or you can buy that weeks full bunde for $13.  There are 3 of these already and the game is only a little over a month old.  So if you are going for it to be complete it is going to be expensive.

I feel like the game isn't as fluid as usual, but it could just be being rusty from playing nothing but Borderlands 2.  Overall you get the feeling that something is off.  And it hasn't gone away.  As much as I wanted to love the game I feel let down.  It could just be that my expectations were to high, but I just can't give the game a buy it.  If you are a huge fan you'll want it anyway, if not you will be better off renting it first.