Review: Get Ready For The Next Battle, Tekken Tag Tournament 2 Review.

Get ready for the next battle, Tekken Tag Tournament 2 is finally here. Is it worth your money? Find out in the Gouki.com Review. Don’t be a Jimmy!

The time has come to pull out all the stops and do battle in the latest Tekken Tag Tournament. This time it’s bigger, better, and all around more badass than ever before. Tekken Tag Tournament 2 (TTT 2) is filled with over 50 fighters, new stages, new combos, and more. The latest 3D fighting game has made it to consoles, but is it worth your money though? Read on below.

TTT 2 offers a ton of game modes for you to spend hours upon hours in. Arcade mode returns as well as Ghost Battle which pits you against and unlimited amount of opponents’ ghost data as you rank up your fighter from Beginner to Tekken Lord. Time Attack, Survival, Versus, Practice, and for the first time in a fighting game Fight Lab. If you’ve ever felt like a fighting game was just too hard to get into because the moves look to complex or you just don’t understand the game mechanics, well then you have nothing to worry about with TTT 2. Fight Lab is a fleshed out tutorial system which allows you to learn the basics as well as the advanced mechanics of the game. It teaches you the ins and outs of the game, from high and low attacks, defense, tagging, launchers and ground bounces, and side stepping, as well as allowing you to fully customize your own fighter named Combot. Fight Lab truly is a groundbreaking feature that more fighting games need to implement.

Although TTT 2 has a ton of offline modes to choose from, online is where it thrives. Tekken 6 suffered with a really bad and unplayable online experience. Namco Bandai has put a ton of effort into making sure TTT 2 has the online longevity and I say that it truly nails it in every way. There are two game modes right now which are Ranked and 8 slot lobby Player matches. The flow of the menus are amazing, rarely can you find a game which allows for match after match without being kicked back to a menu. While you wait for an opponent the game allows you to practice your moves while you wait. When an opponent is found the game shows you the players’ connection to you and gives you the option to opt in or out, this is a great addition because everyone hates having matches in lag. Speaking of lag TTT 2 doesn’t have any, with the ability to set your search options to only connect to players with great ping you won’t have to worry about lag at all. I even did 20 matches with a friend who lives on the other side of the US and is known for having a really poor connection (unplayable) with zero lag. Whichever netcode is being used here is by far the best in the genre.

The gameplay is so smooth and the animations are clean. This game is filled with thousands of moves with no slow down whatsoever. Although a Tag fighting game TTT 2 allows you to pick between either 1 vs 1, 2 vs 2, or 2 vs 1 including pair play for online. I’ve noticed that solo play is much stronger than tag play, although I see this being possibly changed in an update. Every character can be partnered up with another and some have special tag combos and tag throws when properly paired. With over 50 fighters including almost every single fighter from the Tekken franchise you have a ton of tag team options to choose from. 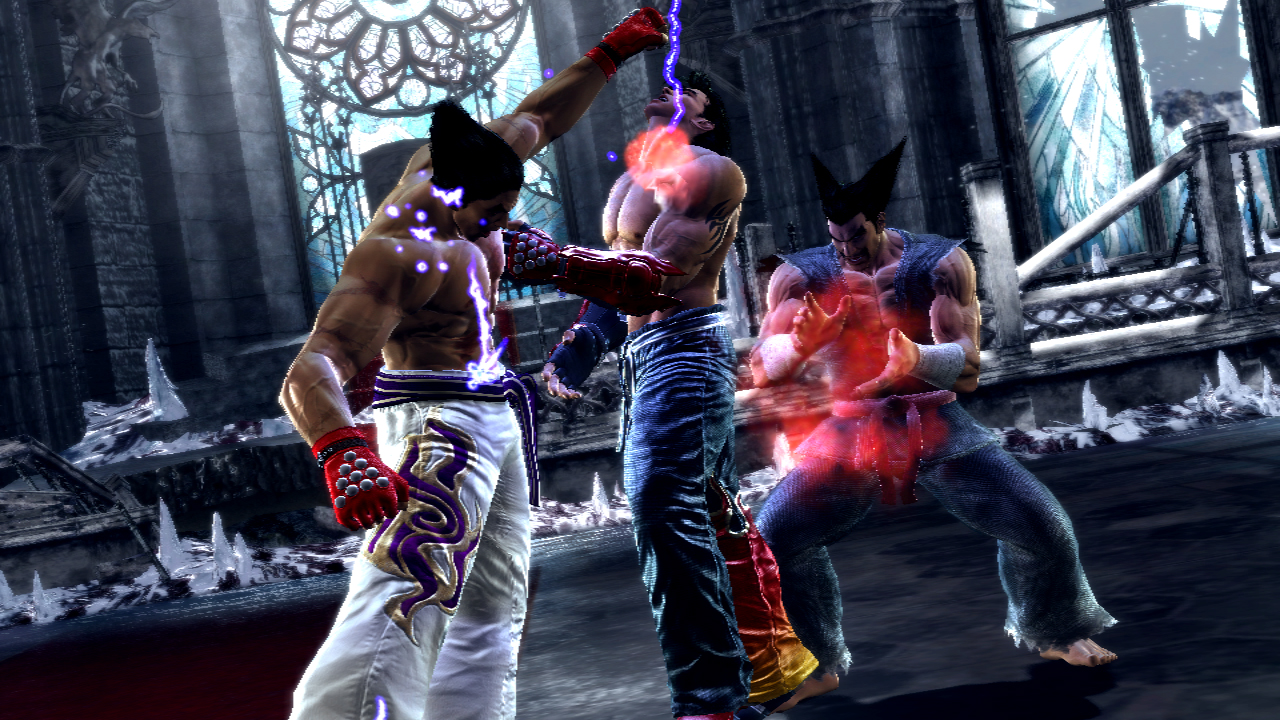 TTT 2 is an absolutely beautiful game in every sense of the word, fighters looked detailed as well as the stages. These aren’t your ordinary stages either, with stages from all over the world. Some have crazy backgrounds like the festival parade with floats, or the high school with all the students cheering you on. Fighters actually get dirty during matches as well. The details behind this game are phenomenal. Each fighter can also be fully customized with clothing, weapons, and special effects. There are hundreds of costumes to choose from all included without costing extra. The game even lets you save up to 10 different costumes for each fighter.

The games audio shines as well. Every fighter speaks in their native tongue which is a nice touch for authenticity. Each stage has music that really gets you in the mood to kick someone’s ass, including the newly implemented Tekken Tunes which allows you to fully customize the games soundtrack to your liking. Not only does this allow you to choose the music from the game to edit, but you can even take tracks from your favorite albums and put them into the game. Feel like fighting to Rock, Rap, Country, or the theme song to Pokémon you now have that option. Tekken Tunes is an awesome feature and more games should implement it. 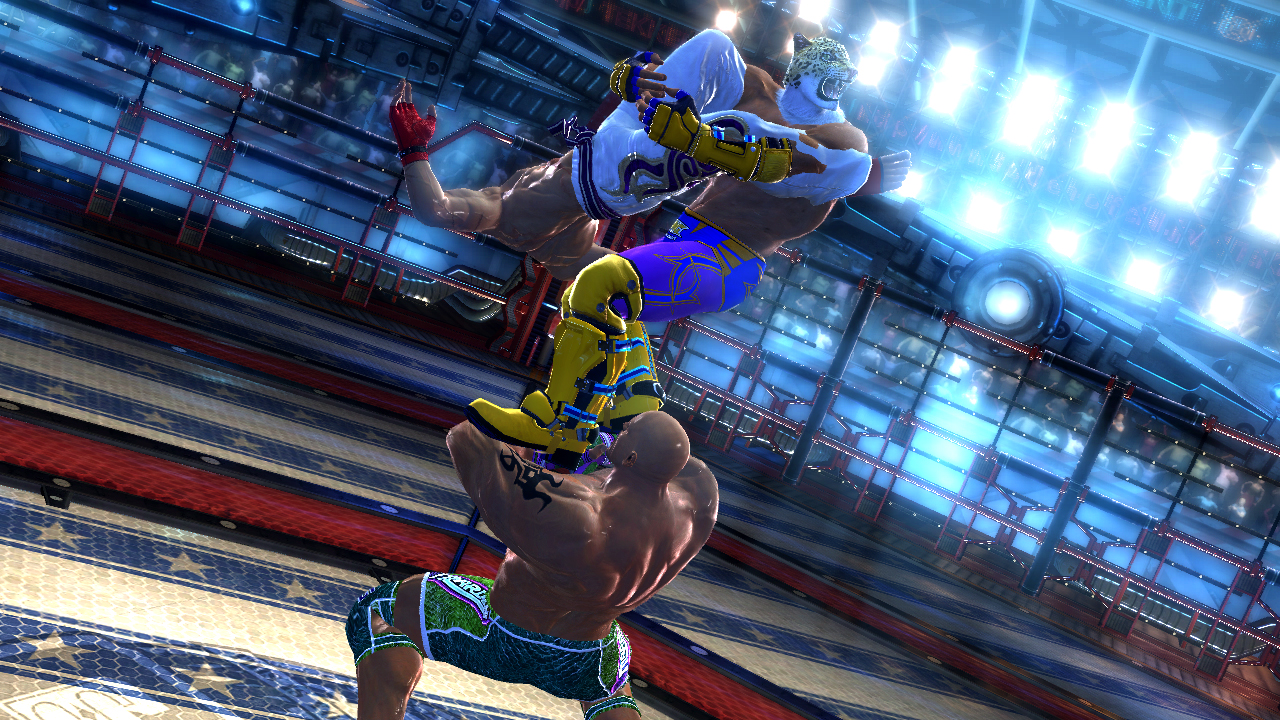