It's been a while. The Developer Blog is resuming now!

To the many location test participants, we extend our utmost thanks.

Having taken into consideration such a large amount of feedback, we will keep on with our round-the-clock development in pursuit of the prime competitive fighting game. From today on we'll be trying to run at maximum output.

I thought I'd come tell you about the elements updated from the home version of SSF4, so first, I'll start with the normal moves breakdown for this new character, Yun! 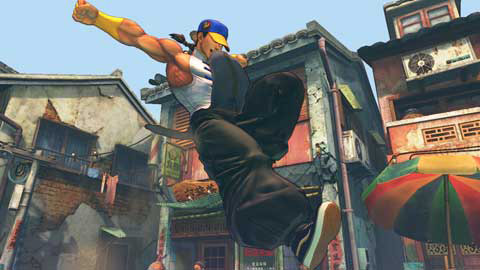 The goal of the development effort was to make Yun a good fit in the SSF4 Arcade Edition system, while maintaining his image from Street Fighter 3 Third Strike as much as possible.

Using the Raigekishuu (Dive Kick) along with Yun's diverse rushdown moves, play tricks on the enemy with his agile, light movements, while articulating strings with few gaps to steadily pressure the opponent into taking your attacks, until you can build up the Super Combo gauge and activate his Super, Genei-jin, for a combo. Combining these aspects should be the goal for any Yun's battle plan.

Yun's vitality and attack power are on the low side, so in order to increase his chances of getting in contact with a troublesome opponent, the number of Cancelable normal moves has increased since Street Fighter 3 Third Strike.

Due to SSF4's system where it is more difficult to build meter than it was in SF3 Third Strike, and since EX Special Moves tend to be designated as countermeasures against projectiles, Yun's Super Combo, Genei-Jin, was strengthened a little.

For players accustomed to the Yun in SF3 Third Strike, or for players who like to use mobility to create a close-range fight and have a taste for unique combos, I might venture to say that this is a character intended for you.

While Yun's normal move lineup looks similar to their animations in SF3 Third Strike, their uses in SSF4 Arcade Edition have received tuning. Let me bring up some examples...

Far Medium Punch is a poke with a relatively good hitbox that leads to a Target Combo, although this time it is possible to Cancel it. If you happen to have meter, you could get into Genei-Jin (Super) from here by means of a special move.

Close Medium Kick can be jump-canceled on hit or block. A clean hit on the opponent should allow a variety of juggles to look forward to. 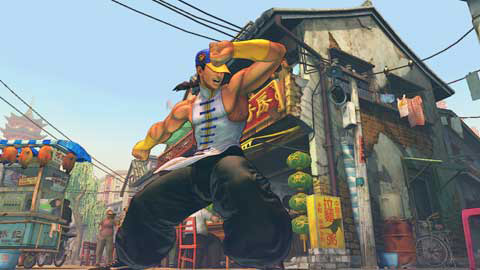 Crouching Light Kick has a fast startup and can be linked into normal moves, a low-hitting combo starter.

Crouching Medium Kick is well suited for occasional use as a poke due to its range and fairly quick startup.

Although it can be blocked low, the trajectory of the Dive Kick will change depending on the button pressed, so it should see wide usage as a surprise attack from the air.

His Overhead (Toward + Medium Kick) and Toward + Hard Punch gain different properties during Genei-Jin. You can make use of these during your combos and attack strings. 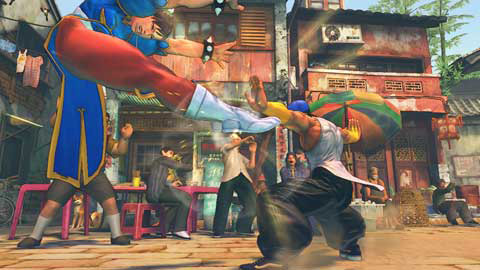 Yun has 5 Target Combos in total. From among these we'll specifically point out the following:

TC4 especially should see use from a poke or after a jump-in as a quick source of damage.

TC5 can be used to allow time to buffer into Genei-Jin (Super) from normal moves, or be used with a special move for a regular damaging combo, and so on. 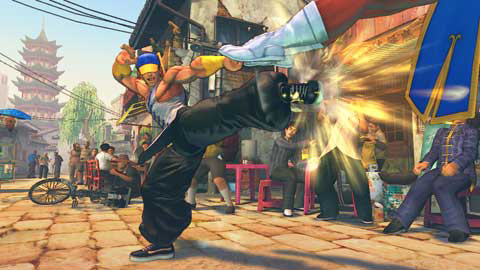 The next blog is the special moves chapter, at last! The subject: How did we handle the fury of Genei-Jin that flourished in SF3 Third Strike?!

Look forward to it!