Community Review: My Little Pony: Friendship is Magic for iOS

This was a difficult game to review, for it looks visually stunning and has excellent audio. Unfortunately Gameloft dropped the ball when they tried to mix the gameplay and the content.

When you load up My Little Pony: Friendship is Magic you are greeted with a very well put together visuals using an excellent 3D graphics engine that captures the look of the ponies and the show very well. The music is an instrumental of the Smile Smile Smile song which is a fan favorite and then transitions into the Find a Pet instrumental which sound very well done. You also notice that the voices are those of the actual Voice Actors from the show which makes you think you are in for a great game that has the full backing of Hasbro and DHX media. 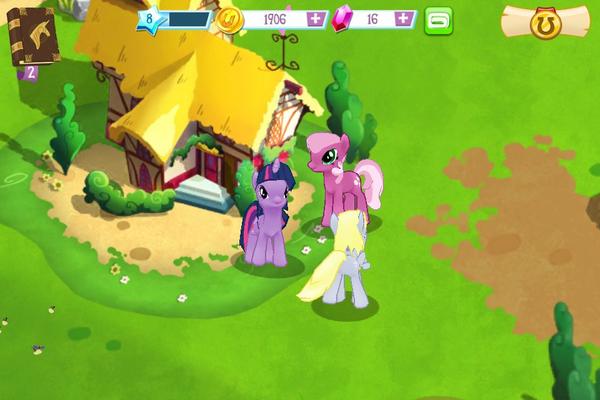 Unfortunately the game is made up of a bunch of repetitive mini games that are designed for 4 year olds. It also relies heavily on in app purchases to acquire money in order to progress. Thus making the game a very poor mix of farmville with bad social networking requirements and just about every other thrown together mini game collection.

Graphics and Graphic Engine is 5/5

Music and Sound is also 5/5 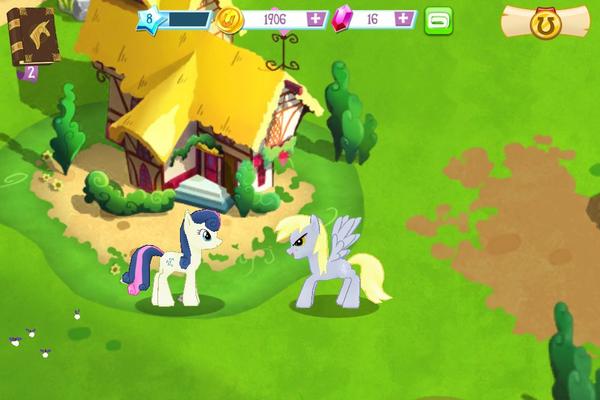 My good friend Zorkfox gives his reasons for the games lack of playability below.

I love My Little Pony. The fact that this game is so pretty and cute, and so much like the show, with nice graphics, is the ONLY thing that kept me playing it for the hour or so it took to hit your built-in wall. I’m talking, of course, about Facebook integration. I have no interest in Facebook, and the fact that you FORCE someone to sign into it to spam their friends with invitations means I’m going to have to delete your game instead of enjoying it. Give me the OPTION to share stuff on Facebook, don’t FORCE me. And the Gameloft Live! integration is no picnic, either. I had to try six times before it would let me even create an account.

I really appreciate all the time and effort people put into making this game; it’s cheery and fun, and the use of the show’s voice actors is frankly amazing. But please, remove the stranglehold so every pony can play. I can tell there’s a lot of fan-generated names and content in the game, which means you’re listening to and appreciating us. But the little kids who are ostensibly the target demographic of your show can’t even join Facebook, and the primary demographic for these *ville-style games is women in their 30s, not college-age-and-older males.

And if you wanted to do us another huge favor, you’d remove the in-game purchases and just charge us for the game outright. I would happily pay you $10 for a game where I got to have adventures as various ponies, play lots of DIFFERENT games, and interact with other people playing ponies. The game as it currently stands is just Farmville with ponies: a single-player “experience” that only masquerades as multi-player. 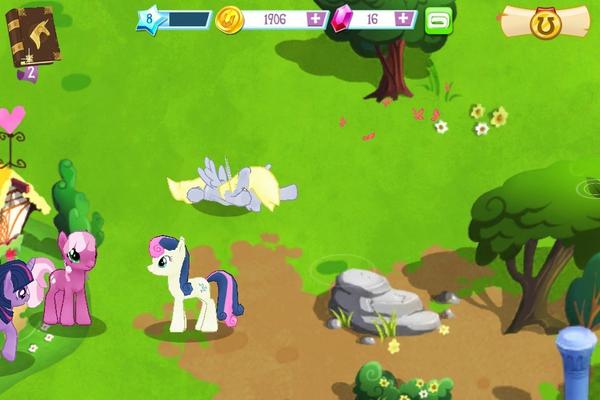