Yoshinori Ono posted an image for the upcoming Super Street Fighter 4 arcade location test that's scheduled to happen in Japan at the end of this week.

It shows a small part of Yun's body, including his blue hat with the yellow bill, which are barely visible near the top of the monitor. If you have any trouble making this out, Sairus created an overlay photo, on the right. 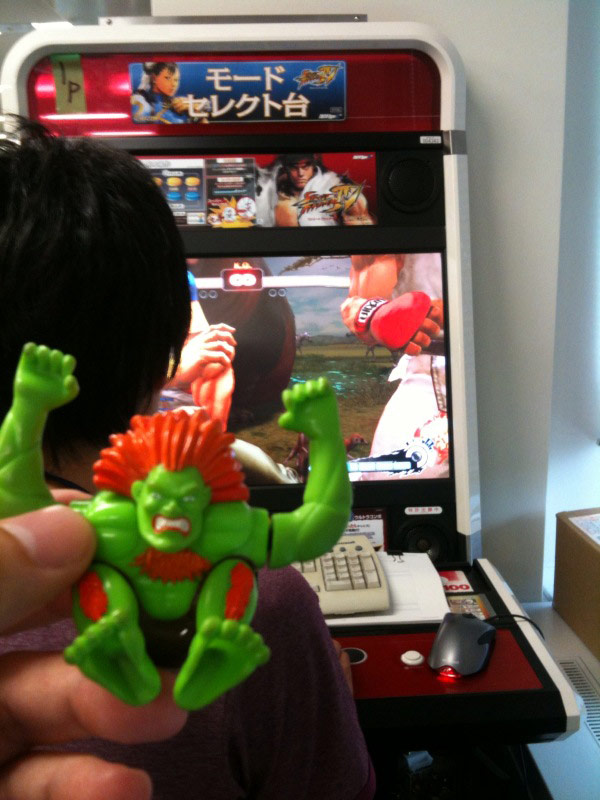 Here is an overlay of what Yun would look like without being blocked. 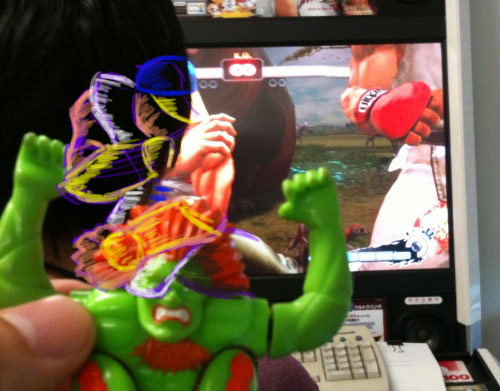 It would be great to be able to spar in training mode with a friend online.

Ono: We received [your] opinion. Let me think about it. Thanks!

Any chances for Poison and Q in Super Street Fighter 4?

If Poison is added to SSF4, I will buy 10 more copies.

Everyone I've talked too is unbelievable stoked about Poison!!! Your the man Ono!

The new alternate costume for Ken should be a tuxedo with long hair like he had in Street Fighter Alpha.

Thanks for keeping SSF4 alive with new content! :D I hope R. Mika makes it in :)

Is there chance for Evil Ryu in SSF4 arcade edition?

Ono: Do you need him?

I can't wait for Street Fighter 5. Maybe you'll put Poison in that one...