All of the audio was originally recorded for the game and there has been extensive work in creating the perfect sound effects for Brink. So when you are doing Parkour and jump on to some shanty roof top, it's gonna sound like a shanty roof top.

The Choir of Guns idea is great. Whether you are Resistence or Security in the game you will have different sounding weapons. The Security will have the cleaner, more well maintained sounding guns. The Resistence will have the beat up/been in a fight version of guns. Look closely when you watch the video, almost every gun looks and sounds different. A little bit of that Borderlands style right there.

Halo always stands out for me when I think about the sound of gun fire. I don't know too much about what gun fire sounds like in real life, so I can't discuss that. I do know when I shoot off a sniper rifle on Hemorrhage, it echoes off the canyon walls and then fades away. In Brink, Chris explains that the sound is totally natural in the game. There's no BS background weird war noises going on. If you hear gun fire, you should be able to tell how far away it is and perhaps who is shooting at who.

If that's still not enough, Splash Damage took it one step further programing begginng, middle and end firing sounds for each weapon. What this means is a more true to life sound, not just a looped audio track that goes off depending on how you push the trigger.

"We came up with a granular system that breaks up our recorded weapon burst of roughly 15 rounds into three main groups: Start, Middles, and Ends.
The Start is the initial attack; it’s the first shot fired and this sample always stays the same.
The Middles are the tiny sections of each shot firing, broken up into pieces.
The Ends are the tails of the final shot in a burst; like the Starts, these samples always stay the same."

If you want to read the entire blog, well then you got to go to the Official Brink Website. I enjoyed it thoroughly.
When you watch the video, watch with your ears. Look at the guns and the characters, there are tons of character skins and weapon mods running around. I'm very exciting about this.

This a video from PAX. Special thanks to GameTrailers.com. This is the best footage I've seen of actually gameplay. The commentary is nice too. Especially if you're new to this game. You're gonna get an excellent look at Brink. (Working on the embed)

Also news comes of Pre-Order Bonus DLC. Pretty sweet stuff if you ask me. It's free, it's gonna come with the game no matter where you buy it. The only question is, WHERE will you buy it? 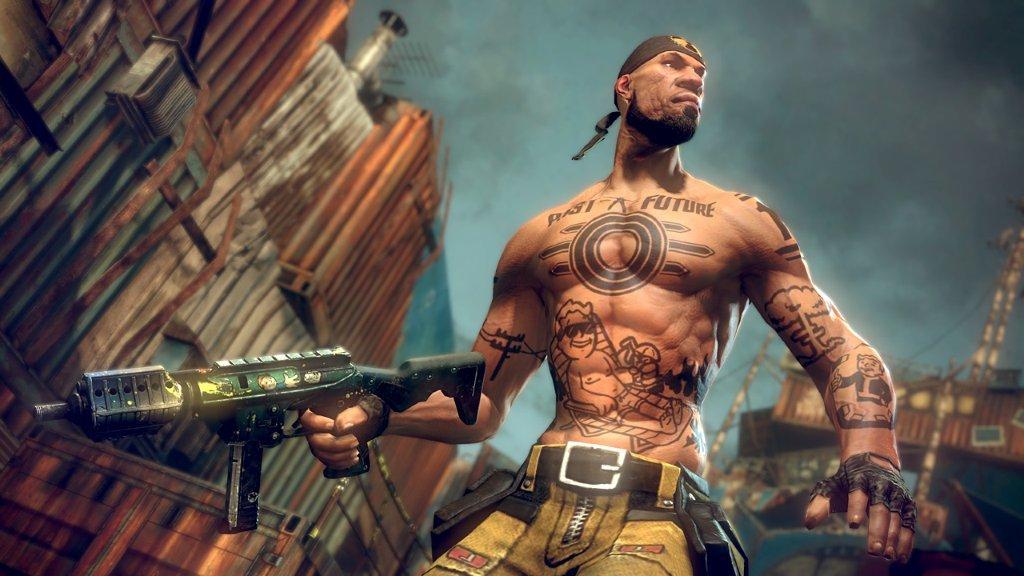 Yeah that Jimmy has Fallout Bobble Head boy sitting in a beach chair tattooed on his stomach. Gangsta. Another tattoo of him on his forearm. Double gangsta. Best Buy exclusive. Sad face. 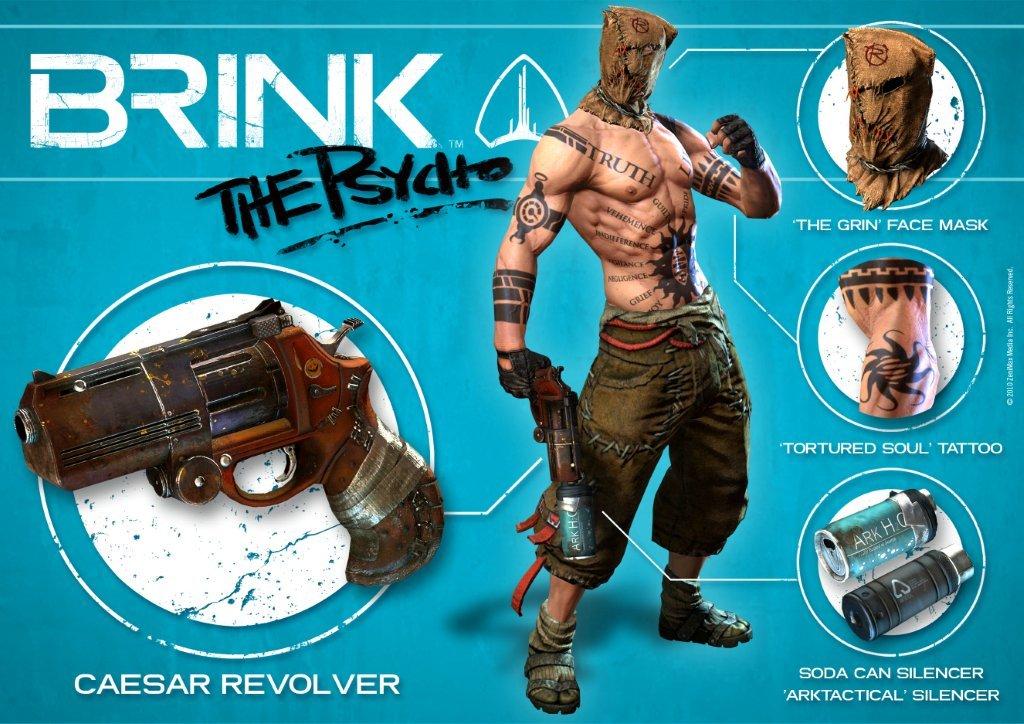 Alleged release date: April 27, 2011. Amazon is getting the Scarecrow DLC pack. Nothing looks cool to me in this one. The mask is ok, but I'm not gonna use it. Look at the rere in the sack. $56.99 Plus this DLC and a $10 coupon on a future video game purchase. 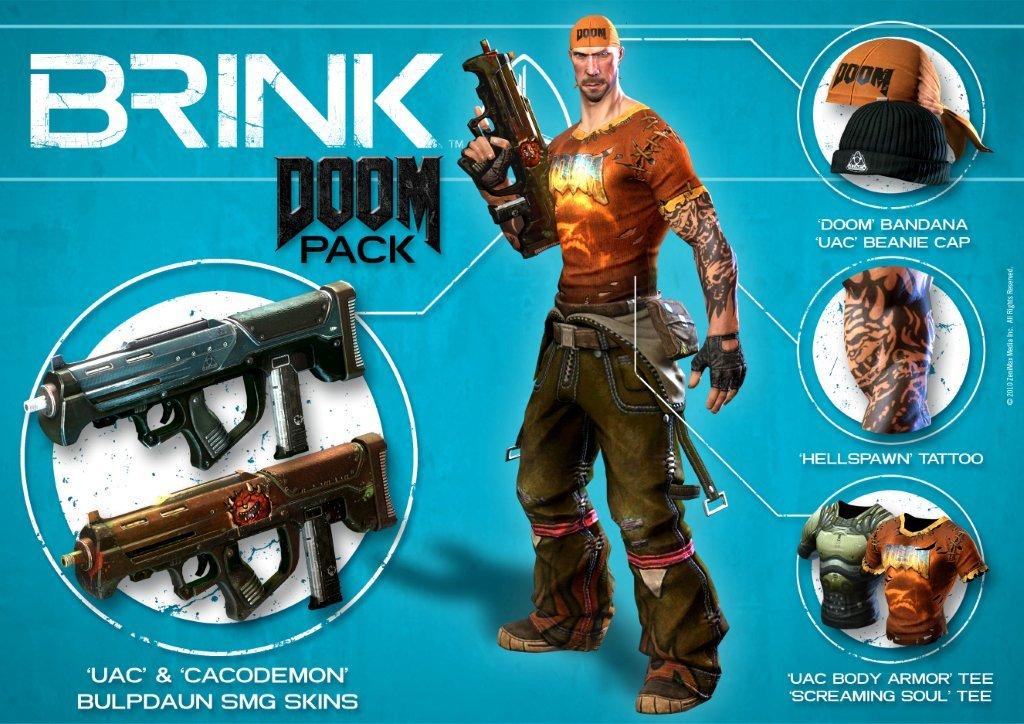 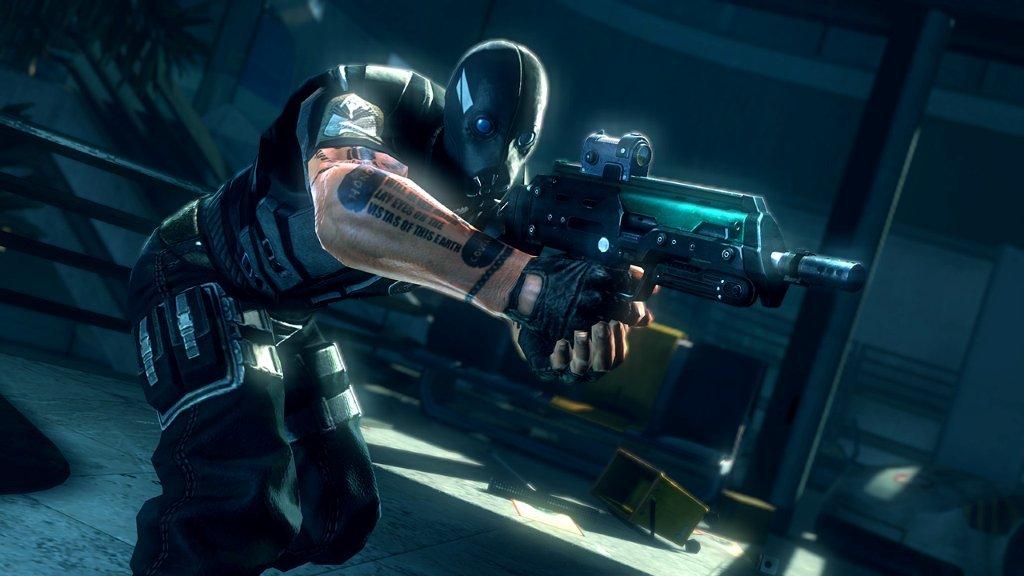 And for you weirdos who shop at Walmart you can look like this Jimmy.

Finally what's up with release date? The new video is blank. The last video said Spring, the flyer in my copy of Fallout New Vegas says Spring. Way back long ago the release date was October 2010, then February 2011 and now Spring. C'mon Splash Damage give us a date. Better yet, give us a demo.
On a Splash Damage Official Website recent news post, they link to a Tweet that says: "Hey c'mon guy, relax. It's coming out in the Spring." Don't be a Jimmy.