Community Blog: SFxT: Who's my team

The characters I wanna play with so bad in Street Fighter x Tekken. 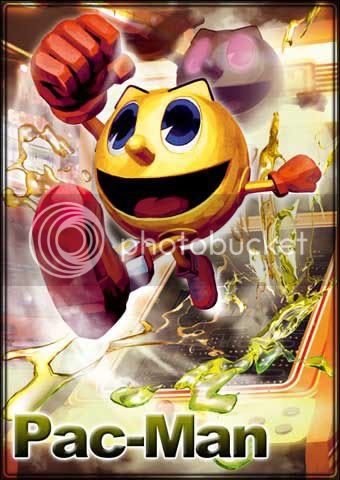 After watching all the character trailers again and again, it was really hard for me to choose. But at the end of the day, my choice was so easy for the simple reason that ps3 is my main system and has never wronged me (except for my fat one's laser dying on me). I'm going with Pac-man and Juri. Originally I was all for cody and guy after one trailer because I love 'Final Fight' so much (this game includes some return characters that I haven't seen since alpha and final fight), but then I saw the 5th cinematic trailer. I got real pumped up for juri and bison. In ssf4, when I first picked up juri, she was loads of fun to play with (originally my main was blanka, TO THIS DAY I STILL THINK THEY SHOULD'VE PUT HIS SMOOTHIE TAUNT BACK!) and her combos flowed so smoothly, at least for me. Plus, look at her...she is completely hot imho. It would've been nice if she had the same broken powers that she had in the OVA. Another thing I like about SFxT is that to do hypers, you only need to do the DP movement once (like in umvc3) which is a good thing since I can concentrate more on doing combos instead of having to stand still and do it or it not registering my input on the second DP movement before I press the last button to execute it. Mind you, this game doesn't seem as crazy as umvc3, but it sure does show the speed and flow of chaining combos left and right that I love about the 'vs series' in general.

Now about Pac-man, I only have one thing to say since sadly, there aren't any gameplay trailers of him that I'm aware of as of yet and that thing is this: "IT'S BLOODY PAC-MAN! IN A MOKUJIN MECH!!" Now I don't know about you, but when I saw that (along with me laughing at the NA art megaman's antics) I stopped laughing for a second and was getting excited thinking of beating the shit out of ryu or even kazuya with pac-man. I really do hope they allow the ps3 exclusive characters for tournaments.

Now I'm a bit curious to hear about everybody else's team.