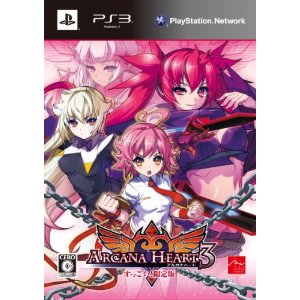 I missed out on the first two games, but now that I have this one in my sights I have to try it.  With 23 playable characters and 23 ways to play each one you have hundreds of choices.

Can anyone fill me in on the story for the first 2?  This one is supposed to have story for each character, an ending, and some art.

Here are the character introductions

It's only a few weeks away now, and I'm being told it's downloadable and about 30.00, I'ld rather have a physical copy, but we'll see.

Don't be a Jimmy! You want to play this?  Know anything about the series?  Let's hear what you got.

BloodRayne Betrayal to be Downloadable

The BloodRayne series has 2 full games and 2 half-assed movies, but the 3rd game is taking a new path.

Rayne is enlisted to stop an evil master plot.  Original and full of detail right?

The Demo came out on PSN yesterday, so I had to try it.

The trailer was posted by iorilamia here

And now that the demo is up I was ready to try it out.  Square Enix had my attention, now I decide if they get my money.

You have 4 characters to choose from, Seyfert, Hitori, Tolby, and Ourion.  How far you get depends on how you play, make it to the boss and the game feels way different.

On my own I tried each character, but when you team up the game gets better.  Had this been at the arcades when I was growing up I would have played the shit out of it.  Right now you can get the full game on PSN for 14.99, Xbox 360 users will have to wait.  As you play your character levels up and eventually gets some new skills.  And with four different characters to choose from chances are you'll play it through a few times.

Seyfert has a projectile you can use.

Hitori is slower but has an attack that damages all on screen enemies.

Tolby might have been the fastest, and has a special that freeze all enemies on screen.

Ourion was the slowest, had the most physical attack strenght, but I didn't get a special attack.

With a free demo I'ld suggest you play it before you buy it, but if my son likes it I'll be getting the full version soon.  But if you like the old school side scrollers I think you'll enjot this a lot.   Paying $15 for it if you have some extra cash is woth it to me, you get 12 Levels with a few stages to each.  So overall I say buy it.

Are you ready for some Hawken Mech combat?

Hawken is a Mech shooter made by Adhesive Games, and is planned to be reasonably priced and downloadable.

Have you heard of Hawken?  Do you like Mechs? Here's a chance to check it out.

This First video gives you a view from inside the cockpit.

The second one opens with a taste of the environment you will be playing in.  And then it moves on to team based combat.

I've always enjoyed mech fighting, as Armored Core or Gundam I was hooked.

Hawken is going to offer Deathmatch and Team Deathmatch but they also mention two unique modes.

Will you be buying this?  Don't be a Jimmy.

Mortal Kombat is going to need an online key?

Another game that will require a code...

It looks like if you buy a used copy you will have to drop another $10 to play online.  I get that they want you to buy a new copy because they don't make anything off the used ones, but it still seems like a dick move.  The list of games in this category will keep growing, and I'm sure companies like Gamestop will eventually balance it by fixing their own prices.  What do you think?  Are we getting screwed?  Should we suck it up and pay the extra $?  Do you only buy used?  Or do you even play online?  You know what to do, Don't be a Jimmy.

How about a 4 player Resident Evil team based shooter?

This will be based around the original T-virus outbreak.

Word leaked about this in November, but now it's Official.  Slant Six Games has made a few Socom games so they understand team based shooters.  They will be putting you into the shoes of 4 new character, from the Umbrella Security Squad.  Each character will have a special ability to help the team out, but we'll have to wait on more details about them.  The zombies will be using sight, sound, and smell to track you down, so sneaking around is going to get a lot harder.  You'll also be seeing a U.S Special Ops team, more bio-monsters, and even previous characters like Leon Kennedy.  It's being developed for the PS3 and Xbox 360, sorry if you got a Wii but mommy and daddy probably don't want you fighting zombies anyhow.

This is from Gamespy http://ps3.gamespy.com/playstation-3/slant-six-project/1157700p1.html

It's supposed to be in the May issue of OXM, but given that it's comming out next week it could be an April Fools thing.  And the fact that I'm a little pessimistic anyway and that playing as Umbrella against former lead characters seems like a big change, this could be BS.  What do you think?  Don't be a Jimmy.

Would you like to play as some of the classic Horror characters?

The Weinstein Company has announced that they are teaming up with Beefy Media to bring some of the titles they have home as games.  The Weinstein Company has titles like Hellraiser, Halloween, Scream, Children of the Corn, as well as a ton of others.  And Beefy Media has Street Fighter II Turbo HD Remix, Marvel vs Capcom 2, and Bionic Commando. There was a Hellraiser game in the works a few years back and it never got to see the light of day, could it be getting a new chance?  Do you want to be Michael Myers or Maybe hunt him down?

Is this something you have been waiting for?  Could they make them worth playing?  Don't be a Jimmy, let's hear some thoughts.

Time to get in the ring

Round one I tried out the Ultimate Warrior and he felt a little clunky, but it could just be me.  The power was there and getting my first KO by finisher was pretty cool.  But the control seems pretty simple and I'm seeing no reason to get the Fight Pad unless you just want one for the hell of it.

But there are two sides to this fight.

When I switch over to rey Mysterio for the second match I could see a difference.  He's fast, fluid, and gets some air.  His grapples are true to his style with them looking more like counters.  I'm impressed.

But as much fun as I'm having and looking forward to playing as other legends and trying all the match types, I've got to say rent it.  Unless you are a real wrestling fan, then get off your candy ass and get the game.

Evil Ryu will be at the arcades this week.

He's making his way to the Arcade on the 25th, hopefullt we'll see him at home soon.  But Oni will have to wait.  Do any of you still make t out to the arcades?  Did the early leak get anyone hyped for the release or have you just been wondering what it'll cost you at home.  Capcom loves to milk it's properties for all they are worth, but are these worth it to you?  Let's hear it, don't be a Jimmy.

Details are starting to come out. Here is a look at one of the characters.

Her name is Aimi Yoshida and she has just joined the X-Men.  She is a 15 year old Japanese girl who was smuggle over by her parents.  She will be short and fast, and have an acrobatic fighting style.  Hopefuly this will be one of many playable characters in the game.  I was hoping to build my own character, but will still play it.  You will make choices that will lean you towards the dark or light side, like Fable or KotOR, and it will affect who teams up with you.  I'm expecting an action RPG where you learn and upgrade powers as you play through.  Hopefuly we will get different stories for different characters instead of a generic fill in the blank game.  But with only a target date of holiday season we still have plenty of time to find out more.

What will it take to make you want the game?  Not making a character from scratch is a draw back, but new characters means you don't have to worry about the stories getting screwed up (like the movies) and might bring new fans in.  Are there characters you want to see?  Gambit is in and possibly the Emma Frost.  Or do you not care for the X-men to begin with?  Let's hear it, don't be a Jimmy.

Marvel Vs Capcom 3 gets a patch

Have you noticed any changes?

The patch is live and according to Shotyuken Sentinel's health was dropped by about 400,000 points.

The Haggar and Spencer freeze glitch should be gone.

And Akuma and Spencer have lost their infintes.

Have you noticed this or any other changes?

What do you think they need to fix next?  Besides adding a spectator mode.