Official Vote for characters you want in MVC3 DLC

Capcom Unity is listening to the fans. They made 2 topics for you to put in which characters you want, last time they did this those characters were put in vanilla sf4. 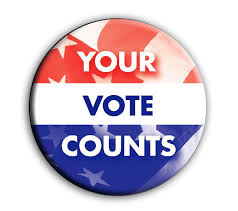 Rules are simple, post a minimum of 3 characters you want and a maximum of 5. Thats it, not chatting, pictures or whatever, just your list. You only get to vote once and don't vote on characters who are based on real people. VOTING ENDS FEB.19NTH!

Link for Marvel side http://www.capcom-unity.com/marvelvscapcom/go/thread/view/102977/26995769/Marvel_Character_DLC_Voting_Thread_(READ_THE_RULES)

Link for Capcom Side

I really wanted Frank West,Juri,Batsu, Kajin no Soki and Ken. Along with Venom, Gambit and Black Panther.

Which characters are you voting for? Go vote and leave a comment below!

We have now reached Week 2 of the community suggestions for balance adjustments for Street Fighter 4.

Over the last seven days, the Character Balance Suggestions Threads have been on fire. We here have been reading your requests and there have been some gems of knowledge there, but also a lot of wishful thinking...to put it nicely. Anyhow, we're in week two, so head over to Character Balance Suggestions threads and let us know how you would tweak the 10 characters named in the video below.

Combofiend stated that some of the previous week of suggestions where a "Doozy" and "Outlandish"  So be sure to make your voice heard with some "real" suggestions over at Capcom Unity.

What are some of your suggestions for this weeks characters? Anyone agree that Dan should become a God? Tell us what you think in the comments. Don't be a Jimmy!

In celebration of Street Fighter's 25th anniversary, Capcom Unity has uploaded a cool retrospective for the Jimmy who has seen it all, Ryu. Check it out.

This video takes a look at the numerous games Ryu has appeared in and / or made cameos in over the many years of Street Fighter. H'es been in over 30 games since his debut back in Street Fighter. Check it out below.

What did you think of the video? Tell us what you think in the comments. Don't be a Jimmy!

The thought of Super Street Fighter 4 Arcade Edition Version 2013 was a little daunting. Luckily for us Capcom has Officially announced the name and it's a doozy.

Hey all, exciting news. As you all know, we're releasing an update to Street Fighter 4. Well, now we're able to tell you the name of the game and some details about just how Super Duper this game will be. Continue reading for more information.

SUPER DUPER STREET FIGHTER® IV BECOMES THE NEXT EVOLUTION IN THE LEGENDARY STREET FIGHTER FRANCHISE   Critically-Acclaimed Fighting Game Adding 100% More Super!   SAN  MATEO, Calif.— April 1, 2013 — Capcom, a leading worldwide developer and publisher of video games, is super duper excited to confirm the title of the next update to the award-winning Street Fighter® IV game. Announced today, Super Duper Street Fighter IV will usher in a new era of “duper combos” as well as balance changes and content updates that are sure to max out duper meters across the globe.     Introducing the Duper Meter. This will sit below the Super Meter and be easily identifiable with it's Yellow color. With the Duper meter, Super moves can now take on the properties of EX Moves after their activation or be used to strengthen EX moves in general. The Duper Meter also builds 1.5 times faster than the normal Super Meter. Now players will get even more options to select from as we know Street Fighter 4 players love option selecting.

Capcom rules! Don't be a Jimmy!

This is pretty sweet. What are your thoughts on this? Are you a fan of Monopoly or do you collect things like this?

Capcom and Combofiend have released the latest video letting the community know that we are on week 3 of the character suggestions for the update of Street Fighter 4.

This week we can suggest changes for Juri, Evil Ryu, Yun, Yang, Abel, Dee Jay, Hakan, Rose, Guy and Gen. Now if you want a fighter to fly that isn't going to happen. So be sure to pick some decent changes this week.

So be sure to make your voice heard and submit your thoughts over at Capcom-Unity.com

Tell us what you think about this weeks characters in the comments. Don't be a Jimmy!

Street Fighter 4 is Getting Updated Again! Capcom Asks For Your Balancing Suggestions!

Capcom has announced today at PAX East that the Street Fighter 4 series has an update in the works. Not only that, but Combofiend of Capcom has released a video asking for community feedback.

Be sure to go to Capcom Unity and Make Your Suggestions Heard. These 10 characters close Next Thursday.

Are you excited for this news? Do you have any balance adjustments for your favorite characters? Tell us what you think in the comments. Don't be a Jimmy!