Gearbox has released a new patch addressing alot of bugs and issues found in Borderlands 2 today. stop on by and check them out. 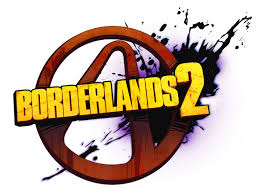 Today, Gearbox  has released a new patch for Borderlands 2. They address many issues that plagued certain players, such as Badass Ranks, freezing, weapon and shield balance, and even challenges. Check out below for a list of changes that have been put into effect.

Listed here is what was updated on the 360 ver.

If you want to know what changes were made on the PS3 and PC, check out the following Links below:

In a sense, I'm glad to that this update has showed up. Sure, I'm a little dissapoinnted about the changes with "The Bee" shield, but that's nothing compared to most of the other changes that I'm glad to see in this update. One of the biggest changes I'm glad for is the option of resetting my level-based challenges. That way, it will give me more replayability on my characters that I already have at 50, especially when we get the next expansion at some point in the future (and hopefully, the much needed lvl cap raise).

What do you think of these patches? Leave your comments down in the bottom. Don't forget to vote and share, and Don't be a Jimmy!!