2 fully trapped out bases for your viewing pleasure.

Turns out we didn't need half as many of the traps we thought we needed.  The base defense is full-on, seriously.

SugarNinjaLV's base came out better than mine.  But these Husks still didn't stand a chance against Sugar's Snowball Launcher.  She F'n LOVES that thang man!

Our upcoming projects with Fortnite will be us going back and catching up with the old base defenses that we have not finished.  Stay tuned to Gouki.tv for those clips and more!  Thanks for watching.

Watch the #1 Fortnite PvE Duo in the WORLD!

I really wish they had spawned at the top.  I built this huge shaft/building for them to come down through and they didn't even spawn up there.  Oh well, maybe next time.  Otherwise, this defense is looking solid.

In this video, we again have trouble with them spawning in the South West corner. We didn't make a sniper tower up there and that will be the first improvement we make.

More on our Fortnite adventures to come.  We stream randomly on Gouki.tv, but I'll cut and upload the cool stuff out and put it here, on Gouki.com.

Fortnite Save The World Level 52 SSD. SugarNinjaLV and GoukiJones both share their defense layout and trap setup.

Our traps are a combination of others we've seen online and some of our own ideas. We use the maximum number of defenders available and shoot to kill!

During the Fortnite Pro-Am the internet did a crazy tilt with search analytics. Search engines became the tool used to find more information about the celebrity entrants and who they were playing with. The top searches may surprise you. They did me.

YouPorn reported Gamer traffic was down -13.57% during the event. This is evidence that gamers do have other interests beyond just the thrill of playing their favorite game. The Fortnite Pro-Am was the second major event for Fortnite this year. The first event hosted by Twitch streamer Ninja was located in Las Vegas and aptly name Ninja Vegas. Fortnite is a very interesting and exciting game to watch, especially at the high levels these players strive to maintain. At some points the storm area would get so small with 6 players still competing for the #1 spot.  Towers being built to the sky, strategies and high-level endgame fighting that we had never really seen before.

Todd McFarlane is known for making amazing looking replica toys for the last 20 years. McFarlane Toys and Epic Games have joined forces to bring us some extraordinary Fortnite replicas that will make any fan proud to own. They are due to release in December 2018 just in time for the holiday gift giving season.

Take a look at these amazing items and let me know your favorite.

One of my personal favorites is the Fortnite Rainbow Smash Pickaxe. It measures a whopping 39” and is a definite must have for my collection. It will look great hanging on the wall or to just impress your friends. It is sold for $49.99 and you can pre-order it now. 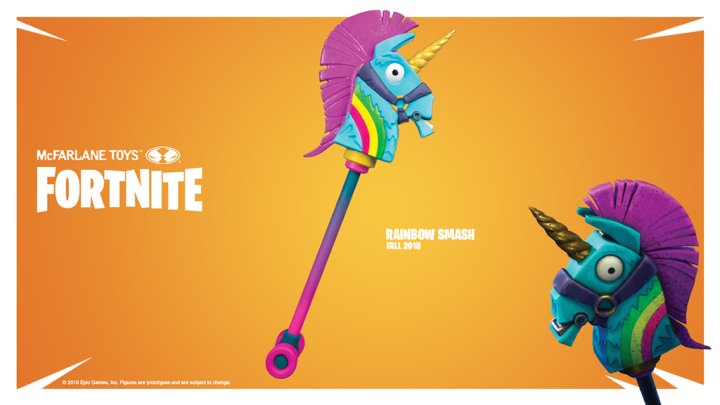 This is PRE-PATCH Canny Valley. Basically moments before we lost months worth of progress towards Twine Peaks.

Before Epic changed how you progress through Canny Valley we finished the 4th tier defense.  We were on our way to the second to last quest line to move onto Twine Peaks.  Then everything changed to the new quest line.  Absolutely nothing to be excited about.  The video is great though!

Where Did Ninja Go?

The last year has been a roller coaster of ups and downs for gamers watching the phenomenon of Ninja (Tyler Blevins). From small time streamer, to top Twitch personality in a record amount of time. As a Mom who runs many businesses, I watched things from a professional and personal stance transpire that made me shake my head with disbelief. 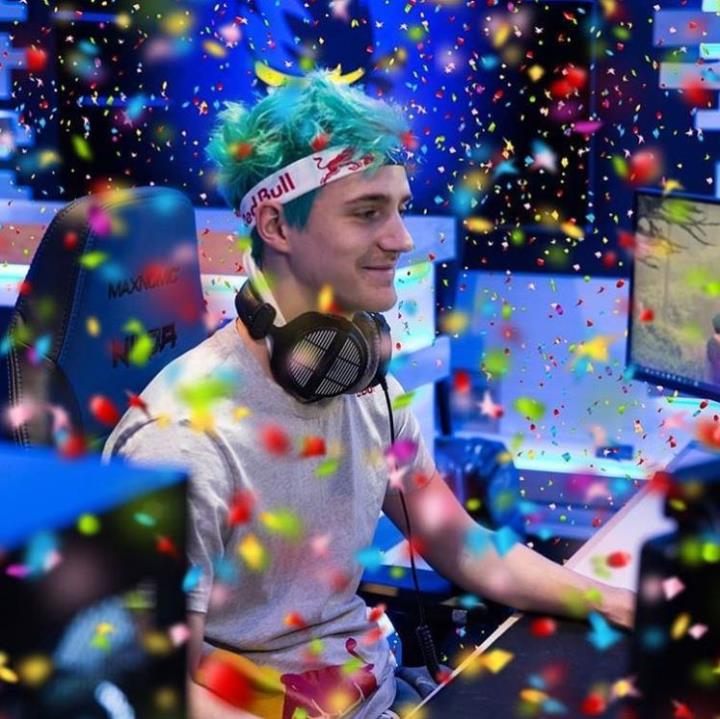 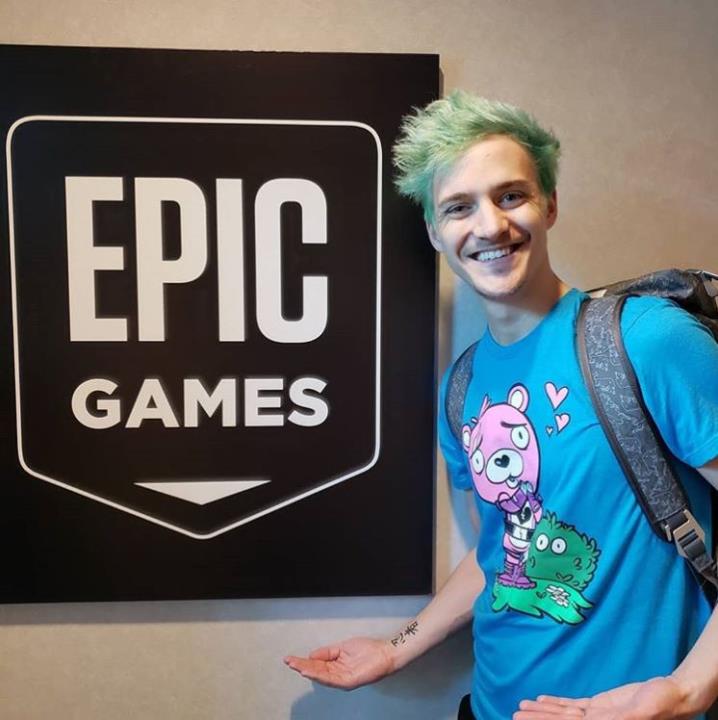 I watched this charismatic kid with a great outlook on life turn his love of gaming into an empire of money. His ability to learn any new game was something that all of us as gamers (myself included) would love to achieve. The release of Fortnite was his stepping stone to internet notoriety. He adapted to the game so quickly that he could not be beaten. His interaction with the chat with the boy next door attitude made him rise to the top of the Twitch almost over night.

The Storm King is DEAD! Fortnite Save The World Physical Reward Achievement!

Spoiler alert! He gets DEAD!

All you have to do is beat the Storm King by January 1, 2019 at 11:59 PM Eastern Time. No problem, right?  GrrrtyGirl and myself got a late start because we didn’t actually believe the reward was a real thing, but it is.  You can read more here.

It’s a 19 page quest.  Some of the quests are find “X” on “X” Map and no matter which map you chose there were only “X” of “X” on “X” map.  You get what I’m saying.  But I had a superior strategy of jumping between Canny Valley and Twine Peaks and search for the fastest maps to complete.  Mostly Encampment and Save the Survivor maps.  Well, we finished the questline with time to spare.  Now for this 45 minutes of Frostnite nubfarm.  Stay tuned!

Borderlands and Zombie Base Defense game fans should take a look at Fortnite. It's super fun!

We are a little late to the party playing Fortnite.  For whatever reason, when Fortnite came out, I didn’t play it. I was probably playing something else.  Recently, Fortnite went on sale again, this time we all made the purchase.  Oh man, do I regret not playing this game sooner.  First of all, I did play the Battle Royal for a couple of weeks and have some first place finishes under my belt.  However, I never made it over to the PvE.  We in there now.  And I think it’s incredible.

The stars have aligned for Ninja, Fortnite and the Twitch community.

The previous record was somewhere around 300k.  That was the return on DrDisRespect back in February.  I'm not certain if my numbers are accurate here, but the Doc did crash twitch that day.

Then we have Ninja.  Ninja has been streaming for years, he's a Halo god and has played other games online like Destiny, H1Z1, PUBG, LoL.  His fame recently started to skyrocket with Fortnite.  Epic Games' Action Building game.  If you've played Fallout 4, it's kind of like that base building with a third person shooter.  The main game is, you build a 'fort' and defend it from Zombies.  The other part of the game is a Free-to-Play Battle Royal.  Where 100 players drop onto a large map, scramble for weapons and shields and whoever is the last man standing wins the match.

Ninja, Drake, JuJu Smith-Schuster, Travis Scott and even KimDotCom were recently seen playing together.  Here are some internet highlights from the transcending event.

Not any sort of compilation here... I just gathered up a few that I liked or maybe I thought somebody put a lot of work into.

So the sad thing about it being April Fool's Day today is, that I would try this out.  I played Pokemon GO when it first came out, but my GO buddy lost her account and didn't want to start over.  So it died out.  But IT was fun playing together.  This would be a great buddy-on-the-go game here. Dat 4/1 tho...

It takes a lot of work to put together an animated series.  This is just a cool trailer for what this game would have looked like back in the 80's on Saturday morning.  Funny thing is, it probably could have aired just like this.

The crew at Epic is absolutely amazing with their content and how they keep the community interested in Fornite.  The latest news is that there is hidden morse code in the game and a meteor may be on its way to destroy Tilted Towers.  Incredible.

I'll add more as the day goes on.  Please let me know what your favorite videos or stories are from today.

Epic getting sued for Loot Crates

As some of you may know GrrrtyGirl aka MsSugarNinja and I have been playing Save the World every day for the last year plus.  We have never paid for a loot crate because we thought we needed it to level up.  Today a lawsuit was filed...

"The scheme plays out perfectly to the benefit of Epic: once players are sufficiently invested in the game, Epic induces players to purchase loot boxes in order to get better loot, which results in massive revenue to Epic."

I'm just saying there is no way this will fly.  Epic added X-ray loot crates in January.  So you can see what you are getting out of the Llamas.  Good and bad I guess.  You never have to take a chance, but you always know what's in there.  So no surprise there.

Plus you can earn V-Bucks by just playing Save the World.  So if this kid was even playing the game he wouldn't be having an issue.  As far as the parents go... clueless. Nubfarm.