Disney Interactive and Harmonix Music Systems invite players to experience the magic of The Haven, the newest realm to be revealed for Disney Fantasia: Music Evolved.

In The Haven, players will be able to explore a seemingly cold, isolated forest and interact with the mysterious, magical, and musical environment to make it come alive.

Disney Fantasia: Music Evolved will be available on Kinect for Xbox 360 and Xbox One in 2014.

There are some games that just scream Golden Review, and this one does it loudest.

I know I as well as most of the users of this site always look forward to seeing a new Golden Review by the one and only FnJimmy.  No one can pull off a review like him.  With his wealth of knowledge, top level gamer tips, and attention to detail he plays only the best games.  Keeping this in mind and knowing that GoukiJones is into Dragon Ball Z I have found the perfect match.

Just imagine seeing FnJimmy do a live golden review.  With Microsoft's ground breaking technology the Kinect he can become a Super Saiyan. 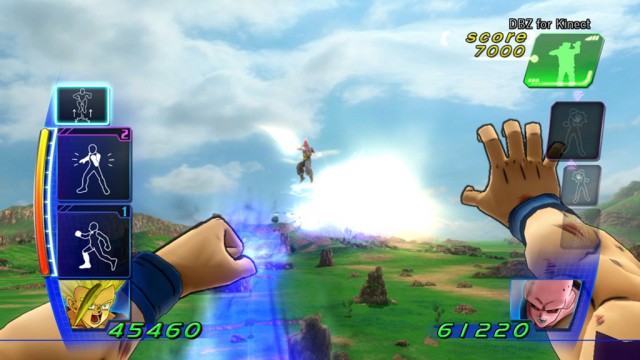 There are over 100 moves he can learn including the Kamehameha.  Can you think of anything better than a first person fight featuring the arms of your favorite characters? 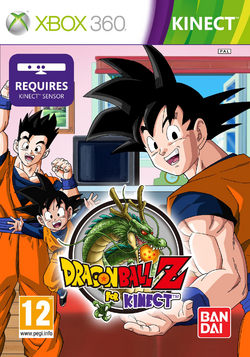 Everything about this seems like a perfect fit.  There are even 50 characters to play as including the exclusive Super Saiyan Bardock.  Add to that the Dragon Ball Episode of Bardock coming to the US for the first time ever as a 20 minute movie and you have an instant winner.

So now I ask how many of you would love to see that Golden review?  Do you have any special requests for FnJimmy's next victim?  Let's hear it.

WTF is this the best we can hope for on Kinect? A bunch of single function minigames. Watch this video and enjoy the LOLs.

Find instant fun for the whole family (and friends) with a collection of 18 different games starring you (and you and you and you) in Double Fine Happy Action Theater for Xbox 360 with Kinect, available now on Xbox LIVE Arcade!

So, uh... yeah. Look at all those core gamers in this video. LOL.

Deals for Xbox plus Kinect

This is just my opinion of the best deals on this ^^

The best black friday deals seems to be walmart with

Plus Dance Central 2 will be 15 dollars that day.

This is probabliy the best deal for the xbox plus kinect ^^

if you are a total jimmy

At first it looked like a joke, but they have a price of $13 for it on Amazon.  First of all I'm sure your mom will think you look very cool sitting on her couch with this.  Second it's fot the Kinect, an add on that was designed to keep you from having to use a controller.  WTF?  The saddest part is you know they are going to sell a ton of these stupid things.

And just incase you can't live with out it Amazon.com.

This is what developers are doing with Kinect

This is the future of gaming. I was asking myself today, what came from GDC that was Kinect or Move and I found this.

For the first time in forever, I was surfing the internet and found something I actually thought would be relevant to this site. Not only that, it's surely the best thing on here at the moment

When these things are happening, I will care about video games again.

Kinect for Windows gets official support from Microsoft

In a move sure to surprise absolutely nobody, MS officially announced its support for the Kinect on Windows with a soon to be released software developer kit (SDK).

By far the most interesting things being done with Kinect since its release were the hacks that individuals were doing to support the device on PC and have it do things like provide vision for robots and map the room in 3D. Dozens of youtube videos that are way cooler than anything happening with the Kinect on the XBOX started showing up and MS seemed to be okay with it.

Now comes the word that they are more than okay with it, they will now actively support such efforts with an official SDK for Kinect on Windows. This non-commercial (read: free) SDK will be released this spring. Expect a commercial SDK (probably bundled with some version of Visual Studio) to be released at a later date.

It's only a matter of time now before you're controlling your PC "Minority Report" style.

I'm not gonna lie, I think the Kinect is a fucking joke except for dancing and exercise "games". However, I'll use it once just to kick FnJimmy's ass.

If you don't know, the Kinect is a motion sensor bar that allows you to "be the controller". To drive the car in this game you hold your hands out in front of you as if grasping an imaginary steering wheel. You turn it just like a real car, except that it doesn't work. You don't get to control the gas pedal because the Kinect can't see your feet move like that, which is a shame because, otherwise, this game could have failed at that too.

We begin with Jimmy having problems even navigating the menus. Why did we let him be first player again? Just kidding, Jimmy, I can't actually blame you for this one. In order to do this, he had to hold out his hand in the approximate position of the button and hold it there for a few seconds so the Kinect would realize he was trying to select something. Yes, this is way more convenient than pressing a button, way to go! For some reason the Kinect thought Jimmy was a girl and gave him a lady avatar... probably because he has no balls. I guess we don't get to select cars because it doesn't really matter. Now we're ready to race!

At the starting line I hold as still as possible. Jimmy is all over the place already. I see a tunnel coming up on the next turn, my gaming instinct tells me this is likely a shortcut. Also, not taking the shortcut would require more turning, so I aim for it. By "aim for it" I mean raise my right fist slightly higher than my left. As I do this, our host points out the upcoming shortcut on Jimmy's half of the screen. Jimmy's lightning fast reflexes allow him to deftly avoid this path mere seconds after it is pointed out to him (and on every subsequent lap). I set a new single lap record on the first lap. Meanwhile, the Microsoft rep is trying to tell us how to boost and do tricks while flying over jumps and such. These techniques cause your driver to leap from their vehicle and spin around for no real reason at all. No advantage is gained from performing the stunts, so I proceed to steer as little as possible to an easy 1st place finish as the lady is telling me "you're in first, don't let anyone pass you!" in excited tones. She's never seen anything like this before. She needs to relax, no one is going to catch me.

Jimmy finishes 5th, beating the three worst computer controlled racers on the course. A cardboard cutout of Jimmy standing still would've probably finished 3rd. Do you see on the screens following the race how similar all my poses are? Driftastic! Lean slightly to the left with one hand 2 inches higher than the other!

Someone forgot to record Jimmy's post-match interview, but it wen't something like this: "It was pretty good."

My impressions? Joyride doesn't offer you anything that feels like a race (well, except for beating Jimmy) or like driving a vehicle. It's rather boring and the Kinect is slower than using a controller to get you through the menus and such. I also felt sick after leaving the Microsoft booth at CES because of all the fucking green and purple lights. Seriously, stop with that shit.

Burger King wants to give you a Kinect every 15 minutes

Go gain calories, you might win a Kinect and lose those calories you just gained!

We all know Microsoft spent 50 million dollars on advertising Kinect. Microsoft has partnered with  Burger King to give away a Kinect prize pack.

The prize pack contains a 4GB Xbox 360 consoles, the Kinect sensor, Kinect Adventures and Kinect Sports. This promotion will run until November 1st through November 28th. So what do you have to do to win? Well you will have to  purchase a Whopper value meal. They will be giving one of these bundles away every 15 minutes.

The Whopper wrapper, fries, and drink will all have a code for a chance to win. Then once you have the code you text a number and you will be entered to win.

You can also win by going here and registering. To get the codes to enter just click the "Dont have any codes" link and they will send you 5 codes in the email you signed up with.

I only want the new xbox that comes with the prize pack. I will be playing this. My birthday is the 28th hopefully I win then, haha.

Tons of your favorite actors and actresses play Kinect and guess what? They love the raft and kick the balls back game.

There's something about a big black man telling me his favorite game is playing catch with a tiger. A tiger? That ain't right Jimmy. What's up with Zack Morris endorsing the Kinect? This aggression will not stand ... man. Ashley Tisdale looking hot jumping around trying to whack balls. I would allow her to come over and play the Dance Central on my face, anytime. Also whatever a BC Jean is ... come on over. PWNfest. Check out the future of Nubfarm.

The end of Street Fighter. Fighters Uncaged from Ubisoft

Ubisoft Just posted this video today. I have never heard of this game until today. EVO2011 is going to be very interesting.