Short and sweet with a lot of chit chat. 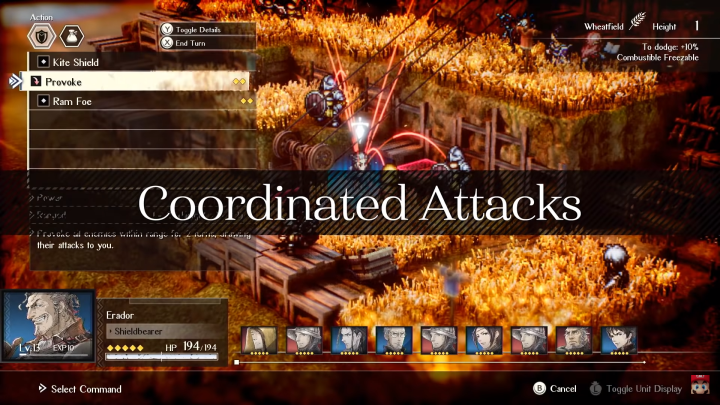 I played the demo. I didn’t want to, but I did. After I watched the trailer some many months ago, I already knew I wanted to play this game. It’s been 23 years since Final Fantasy Tactics came out on Playstation. Since then there have been a few more released on Gameboy Advance - you know handhelds are not something you continue to play as you get older and you can't see shit good anymore. Believe me, I have searched high and low for something to compete with my nostalgic feelings I have for FFT and I have not found it. But this, this Project Triangle Strategy, this game has my hopes up.

I played the demo. It was ONLY 2 FIGHTS! WTF. A fuck ton of talking and loading in and out of conversations. That was kinda ridiculous. Luckily there is a fast forward button and you can at least speed it up to the next loading screen. I loved both fights and want to play them again. You get a good feel of old school Final Fantasy Tactics. High and low ground, magic attacking, buffing and debuffing, can only move so many spaces, can only hit in the next box or from range, I love this stuff. Perfect graphics and most importantly about this entire experience is that it is on console. I sat back chillin’ in my bed with a Nintendo Switch controller, playing a great tactics rpg.

I played the demo. After that, I had to find out more about this game. When is it coming out? The demo was released in February, so it’s gotta be soon right? 2022! WTF? There is barely any information about this right now. Nintendo has an official page (for the demo). There is a translated interview with a dev from a few months ago. A fan wiki with all the basic info about the game. No newsletter and no official developer website. I guess we’re waiting until 2022 for more Project Triangle Strategy. Until then I downloaded The Dark Crystal: Age of Resistance Tactics. More on that coming soon.