Maximilian (of Assist Me fame) has uploaded his latest episode of his 3rd Strike the Online Warrior. Be on the lookout in this episode for a match between me and Max.

just a couple of weeks before it's release, gearbox brought out a new trailer showing off the GameStop exclusive Creature Slaughter Dome Pre-order bonus.

Players will be able to to experience Doubles and more in Halo 4 this coming week. see some of the details here. 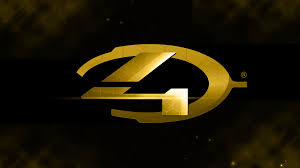 Once Feb.4 comes by, the Team Doubles playlist will be available in Halo 4. Here's what you can expect from this playlist, as well as some other changes that is going on in this update:

Harada to announce more characters for Tekken Tag 2 at E3

A quick announcement from Harada regarding TTT 2. Yesturday, Katsuhiro Harada, Producer at Namco, has announced through Twitter, that we can expect to see some new characters being revealed for Tekken Tag Tournament 2 at E3 this year. Even though there are no exact details as to who will be added or how many will be added, we will at least know when they will be revealed.

Just Moments ago, Marvel revealed that Konami will bring out the classic 1992 arcade hit, X-Men, over to XBLA and PSN. The game will feature "drop-in" online multiplayer, supporting up to six players, as well as variable difficulty settings. Please stay tuned for a trailer for this arcade classic.

A list of what's coming and what's on sale this week on Xbox Live.

It's a new week for releases and sales. Let's see what's available this week:

A List of what's to come this week on Xbox Live

New Week, New Deals. Let's see what will be out this week:

You heard it right. Tournament to be held on the 7th of November.

Normally I'm not a Call of Duty person. but for those of you interested, Wal-Mart is going to host a tournament for Call of Duty: Modern Warfare 3 on November 7th, starting at 8PM. Based on my sources (both internet and personal sources withing the store), the tournament is going to be consisting of Solo SpecOps Survival rounds, in which it pretty much makes the tournament be determined by time.

Follow the link to see if your wal-mart is hosting the tournament:

So, what are you waiting for?  go to your local wal-mart (if it's listed here), and sign-up. I already signed up myself at my store.

Leave your comments on the bottom, and don't be a Jimmy!!!

Check out these other stories by me:

A list of what's coming to Xbox live this week.

I'm back with a list of what you can expect to see this week on Xbox Live: